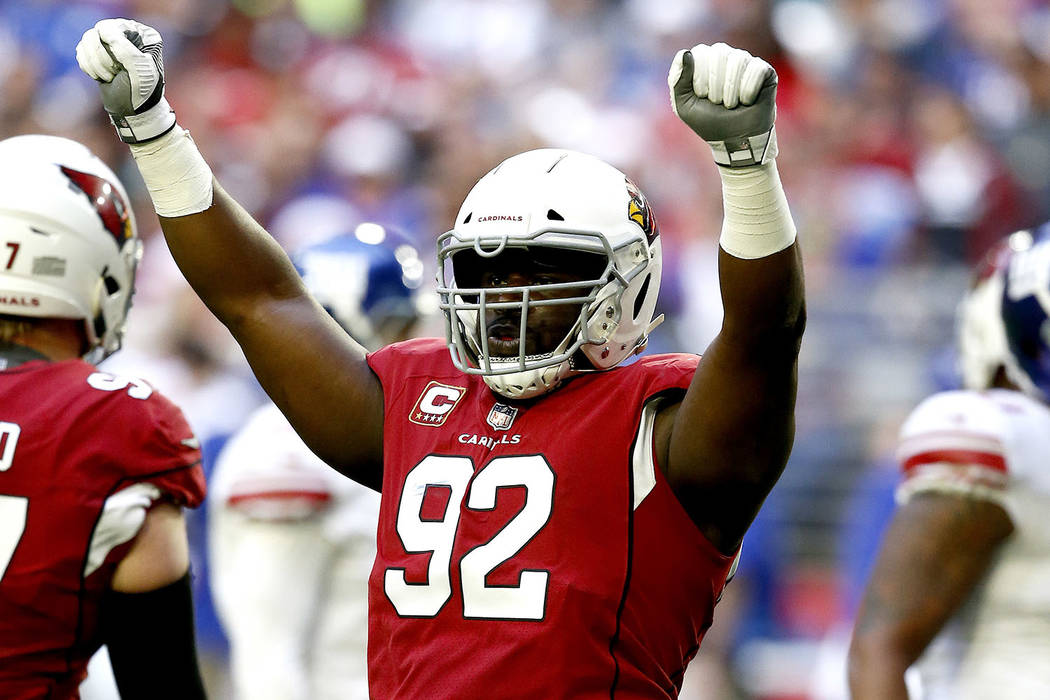 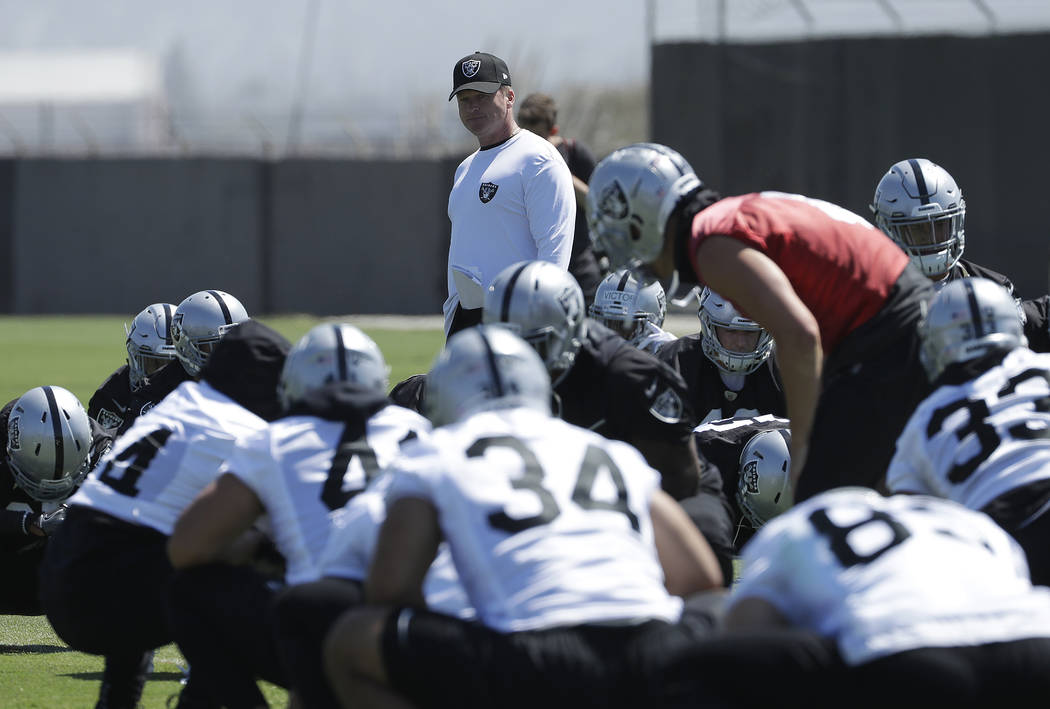 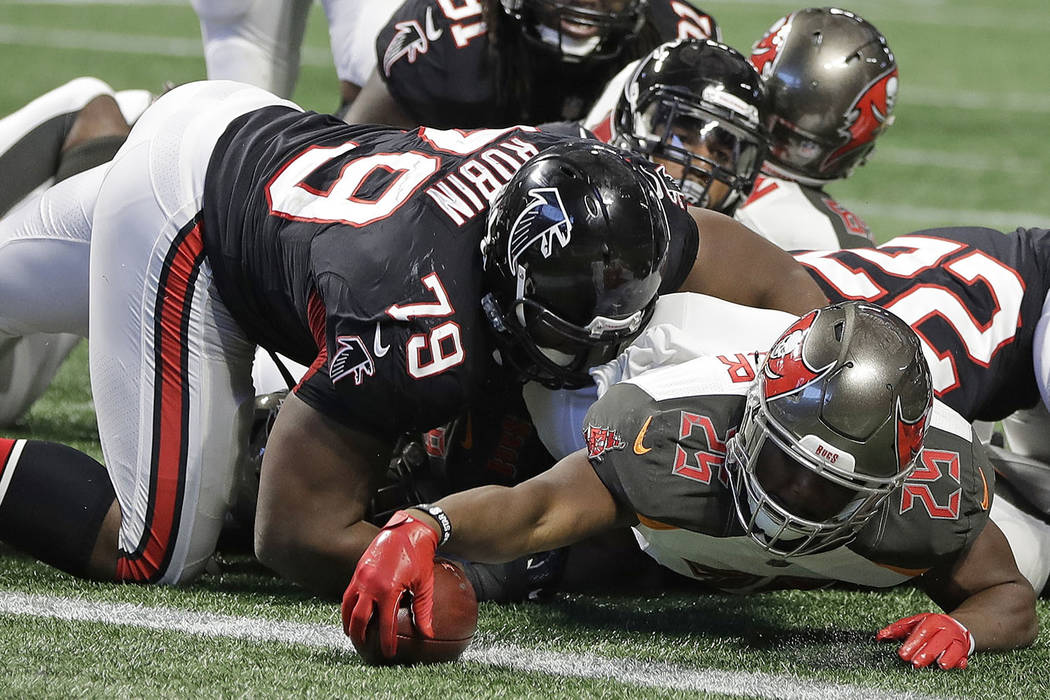 Tampa Bay Buccaneers running back Peyton Barber (25) reaches over the goal line for a touchdown against Atlanta Falcons defensive tackle Ahtyba Rubin (79) during the second half of an NFL football game, Sunday, Nov. 26, 2017, in Atlanta. (AP Photo/Chris O'Meara)

ALAMEDA, Calif. — Since May 22, the Raiders had nine practices to evaluate their defensive line.

On Monday, they added two veterans to it.

The team continued its months-long sequence of experienced additions, this time signing nose tackle Ahtyba Rubin and defensive end Frostee Rucker. Rubin’s agency, Sportstars, made the announcement on Twitter while a league source confirmed Rucker’s deal as “done.” Both players are believed to have signed one-year contracts.

Rubin will turn 32 next month. He has started 107 of 132 career games, the bulk coming with the Cleveland Browns and Seattle Seahawks. He split last season between the Atlanta Falcons and Denver Broncos. Rucker, 35 in September, is entering his 12th NFL season. He spent the first five in Cincinnati where now-Raiders defensive coordinator Paul Guenther was on the Bengals’ staff. Rucker’s past five years were with the Arizona Cardinals.

Corresponding roster moves for Rubin and Rucker’s signings have yet to be announced.

The two are projected to push the number of active Raiders players who are 30 or older to 15. Of them, 11 signed this offseason.