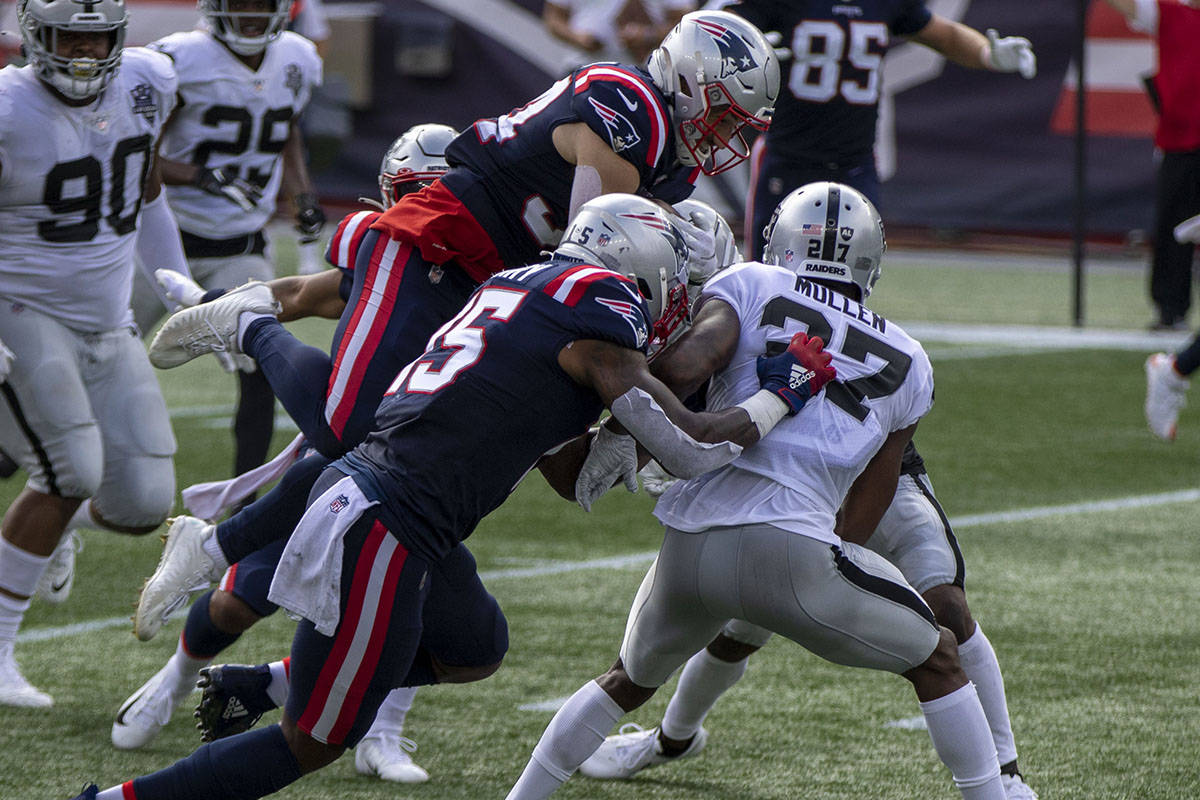 Coming off a loss to the New England Patriots, the Raiders (2-1) face a critical bounce-back opportunity against the Buffalo Bills (3-0) on Sunday at Allegiant Stadium.

The game has sneaky big implications. The Raiders face AFC West rival and the defending Super Bowl champion Kansas City Chiefs next weekend, their last game before their bye week.

So they can ill afford to lose against the Bills and create the real possibility of a three-game losing streak before the off week.

To avoid that possibility, they have to hold serve at home against a talented Bills team rolling into Las Vegas with tremendous momentum and Josh Allen playing as well as any quarterback in the league.

The Bills are the second-most productive passing team in the league, averaging 330 yards. Diggs, who the Bills added during the offseason in a trade with the Minnesota Vikings, has played a huge role in that production.

He has the ninth-most receptions in the league with 20 and fourth-most yards with 288. He is a versatile weapon, able to stretch the field on long balls but also take short throws long distances.

Mullen can offset some of that by using his superior size and strength to alter Diggs at the line of scrimmage, but he will have to match savvy with savvy covering the clever Diggs.

Mullen’s ability to slow down Diggs could take a big chunk out of the Bills’ aerial attack.

If Mullen is successful in neutralizing Diggs, expect Allen to look Beasley’s way. The veteran slot receiver has 15 catches for 228 yards, and his 15.2-yards average shows he knows how to take advantage when the ball is in his hands.

To put Beasley’s production in perspective, his 15 catches are three fewer than the Rams’ Cooper Kupp, but they are even in total yards. The Raiders, and Joyner in particular, have to be careful keeping up with Beasley. He can make opponents pay with chain-moving catches and big-chunk gains.

Joyner has struggled as a complete defender with an overall Pro Football Focus grade of 49.9. But his 60.7 pass coverage grade shows he’s been close to average in that category. He needs to be that and more against the crafty Beasley.

This is an interesting matchup. Miller’s best trait thus far at left tackle is pass protection, as evidenced by his 76.1 pass-block grade, according to PFF, while Hughes 75.8 pass-rush grade is 11th in the NFL. Meanwhile, Miller has been ineffective as a run blocker (45.5 grade, per PFF), and Hughes has not been good in that area as well, with a 48.1 run-defense grade.

The ability of either to win on pass downs will determine how much time Raiders quarterback Derek Carr has to throw the ball. With the Raiders needing to be in attack mode to keep up with the Bills’ potent offense, Miller’s success in creating more time for Carr will be a huge component in the Raiders offensive operation.