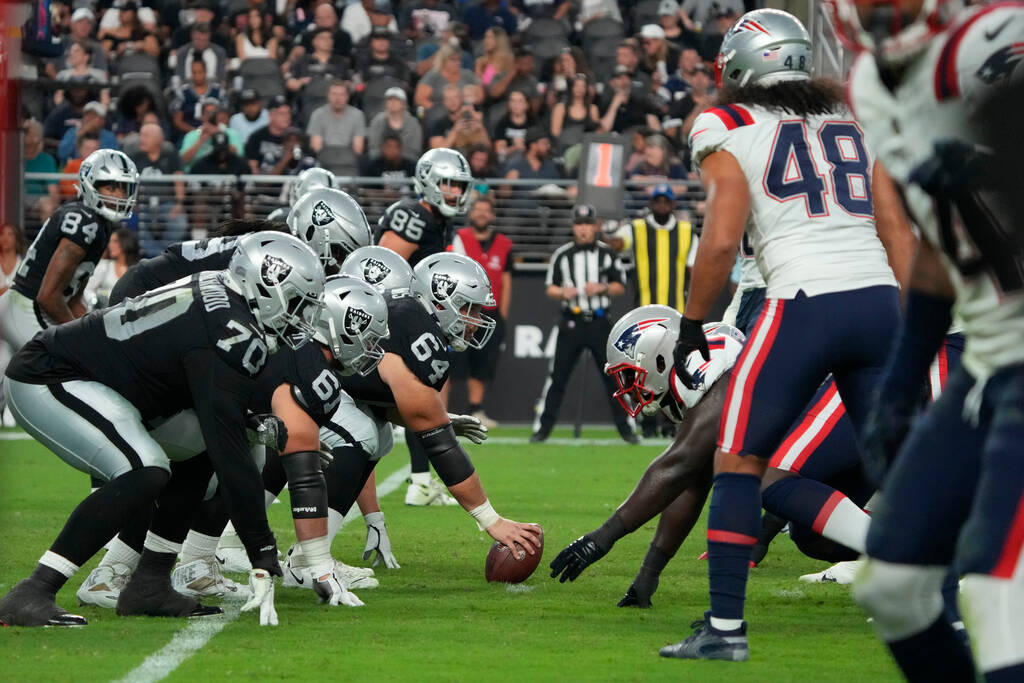 The Raiders line up against the New England Patriots during the first half of an NFL preseason football game Friday, Aug. 26, 2022, at Allegiant Stadium in Las Vegas. (AP Photo/Rick Scuteri)

The Dec. 18 game between the Raiders and the New England Patriots at Allegiant Stadium has been flexed out of prime time and will now kick off at 1:05 p.m.

That switch means the Las Vegas Bowl, featuring a matchup between Oregon State and Florida, will move to 11:30 a.m. The time change will allow the crew to turn Allegiant Stadium over in time to make it NFL-ready.

An NFC East battle between the New York Giants and Washington Commanders will now air in prime time on NBC in place of the Raiders and Patriots, which will pit coach Josh McDaniels against his mentor, New England’s Bill Belichick.

The game will now air on Fox.