RJ App
Vegas News, Alerts, ePaper
OPEN
The 2020 fourth-round pick saw his most extensive action since Week 2 on Thursday when he played 56 snaps in relief of the injured Alex Bars in the loss to the Rams. (Las Vegas Review-Journal) 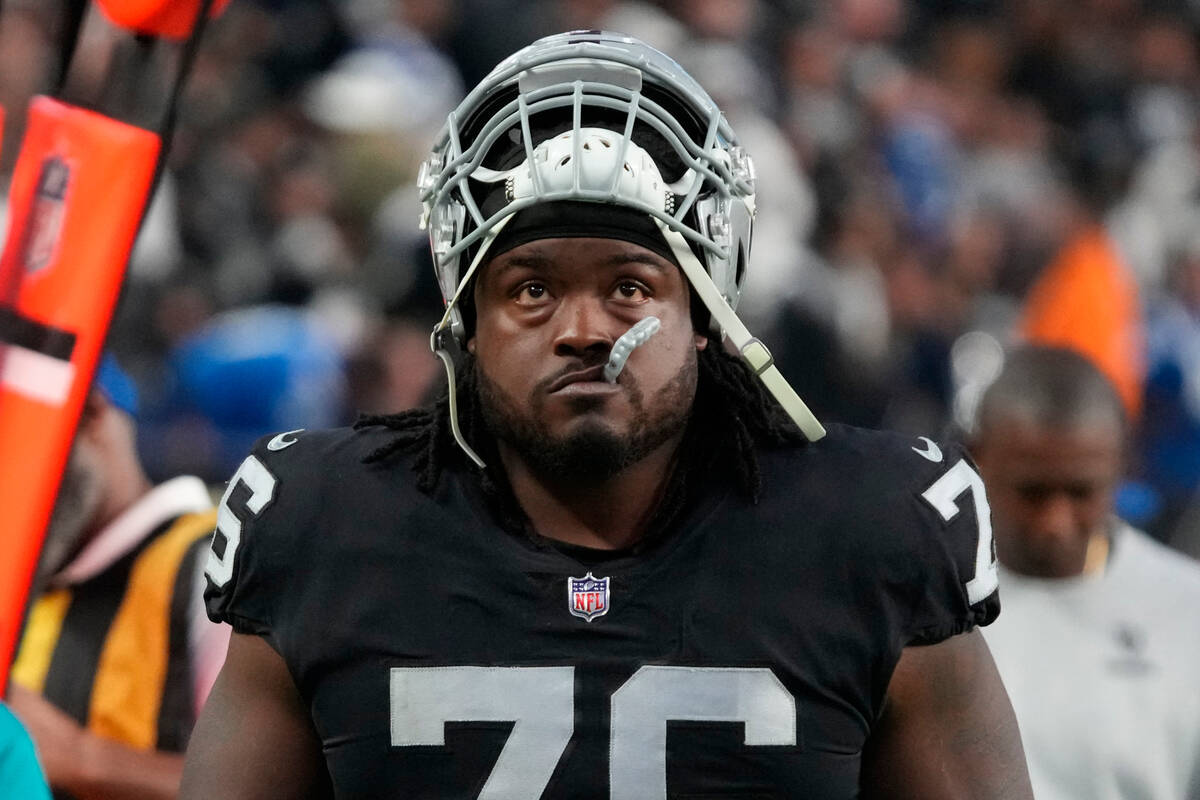 The 2020 fourth-round pick saw his most extensive action since Week 2 on Thursday when he played 56 snaps in relief of the injured Alex Bars in the loss to the Rams.

Simpson started the first two games of the season, but had not seen an offensive snap since getting benched before the Week 3 loss to the Cardinals.

Simpson’s release means cornerback Amik Robertson is the last of the team’s 2020 draft picks still on the roster.