Raiders tight end Darren Waller said watching old New England Patriots film and seeing the dominance from their tight ends has shown him how to execute the new offensive system, how to hold himself to a high standard. 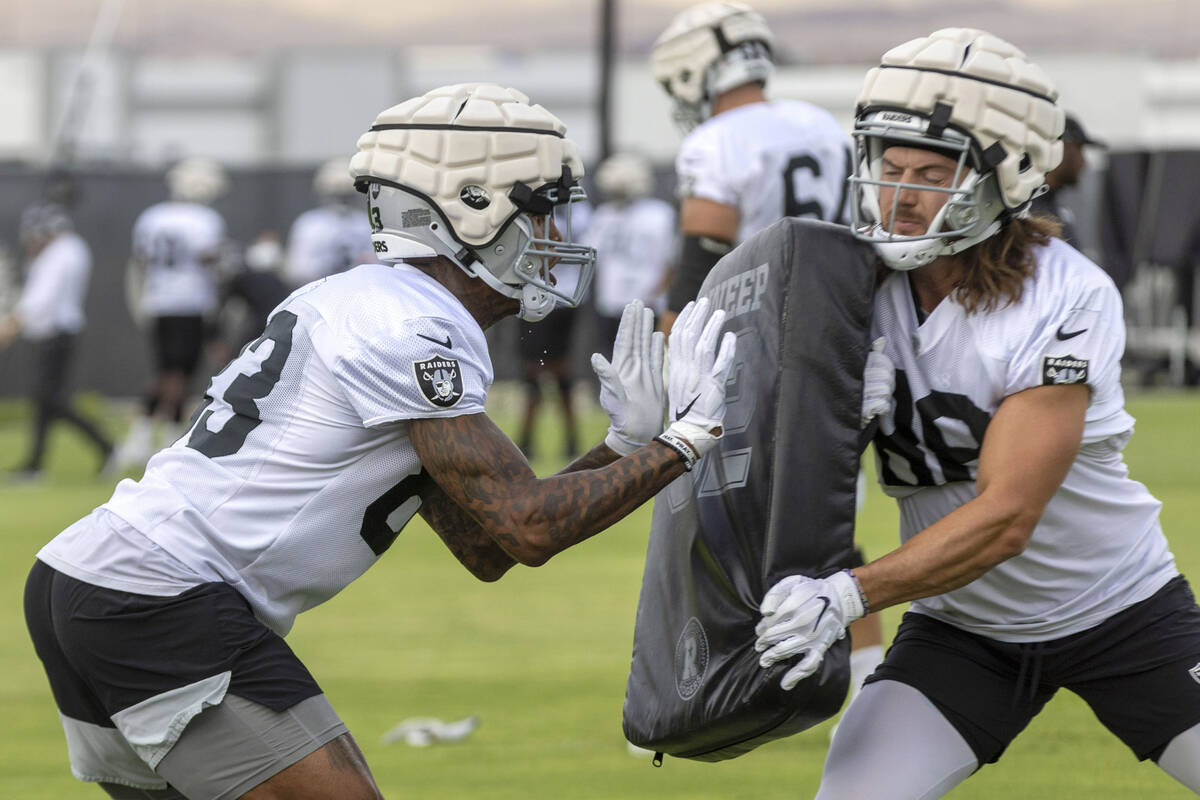 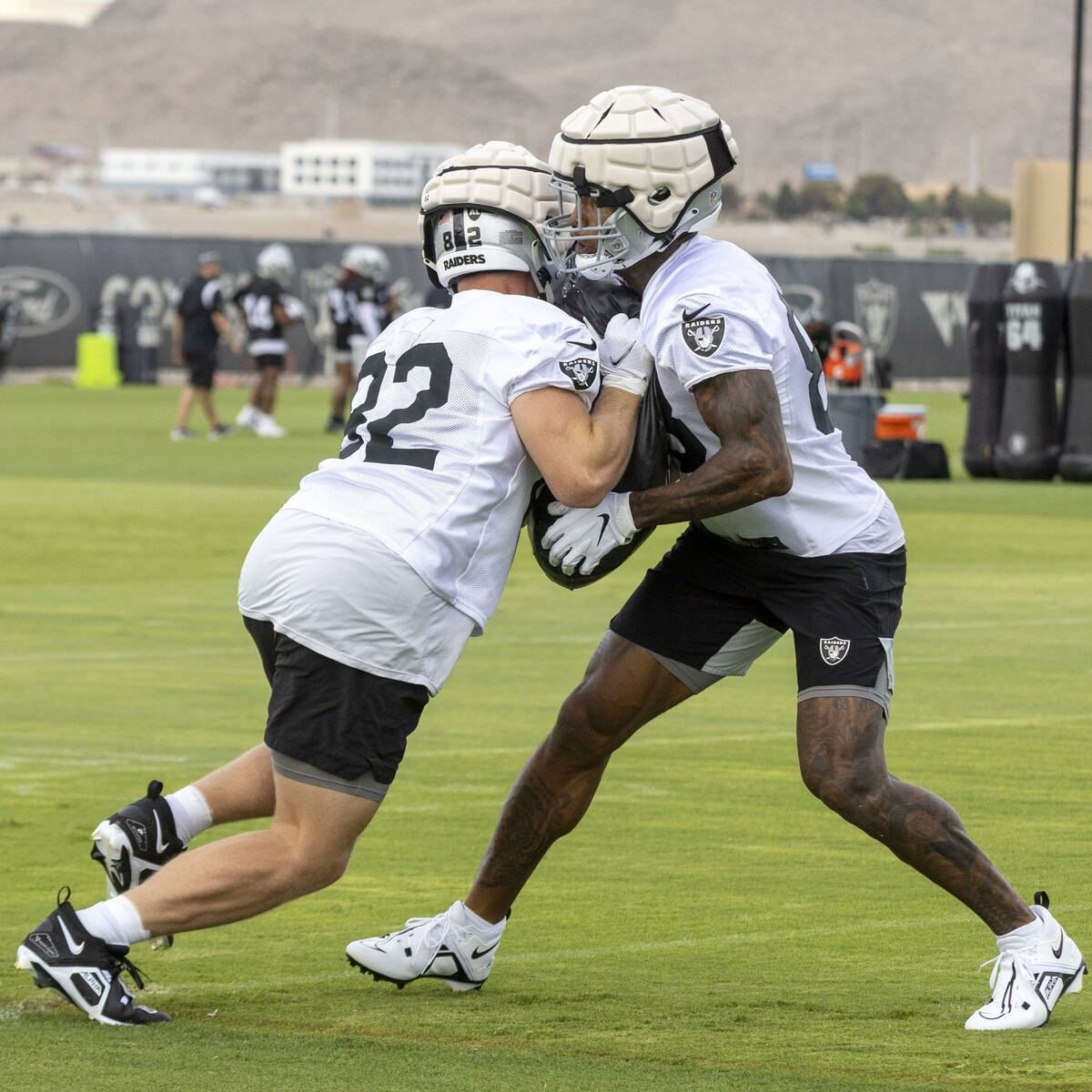 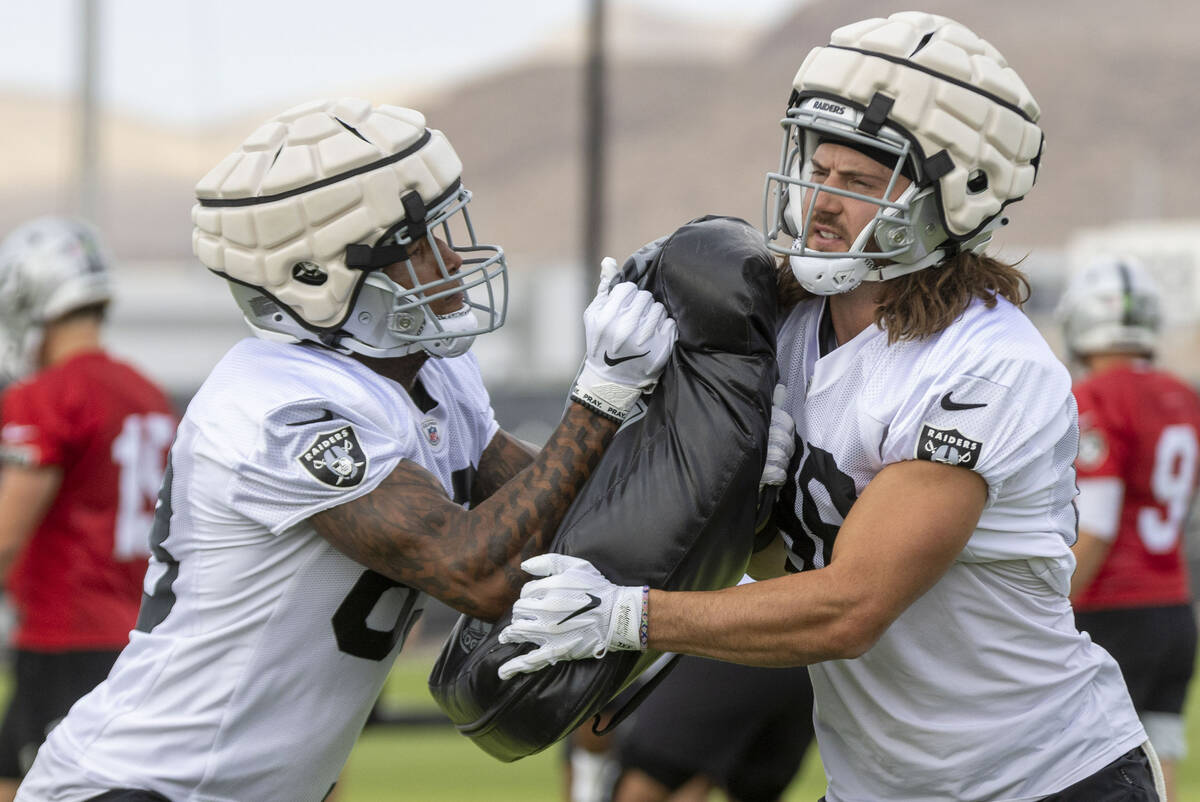 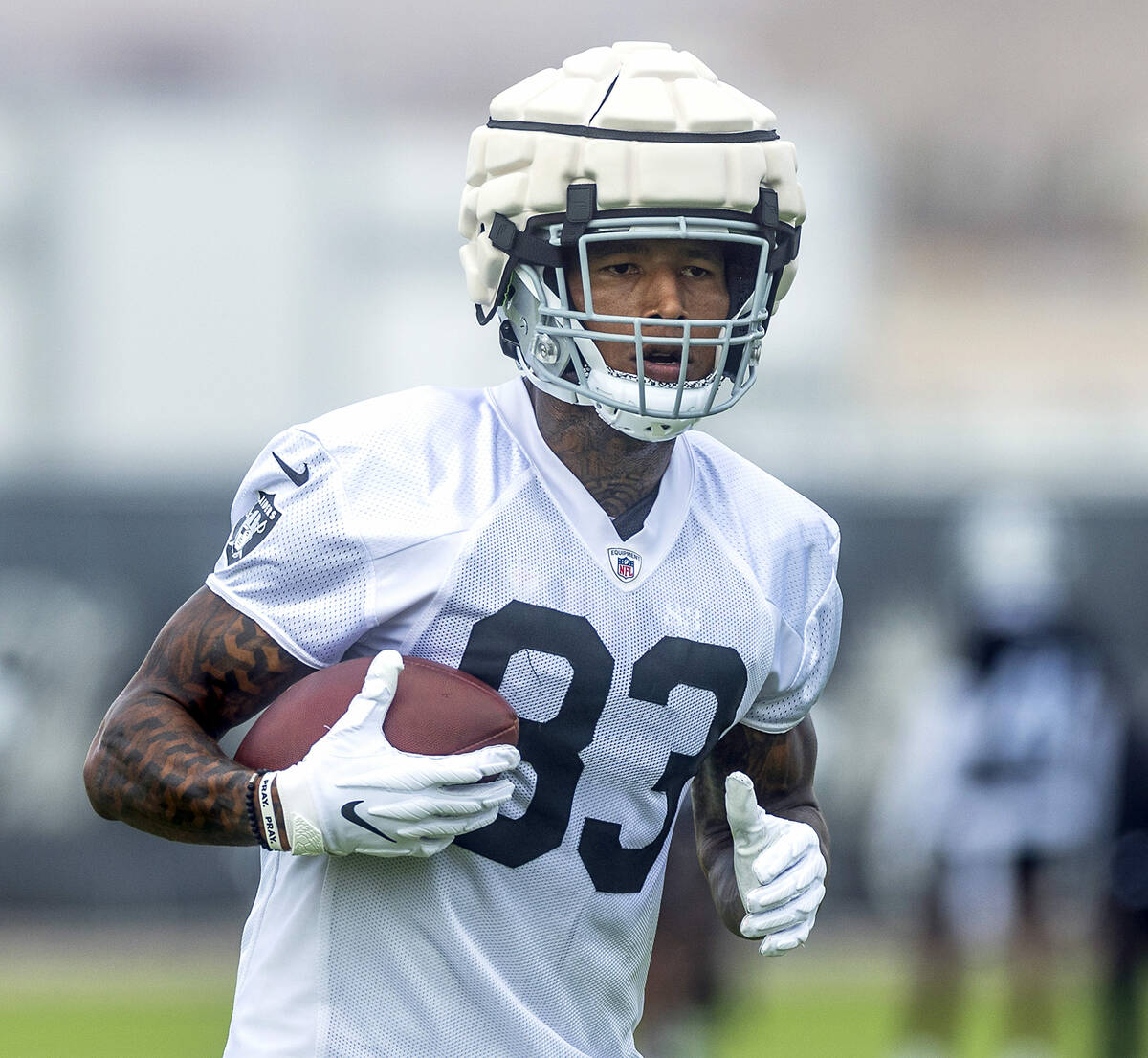 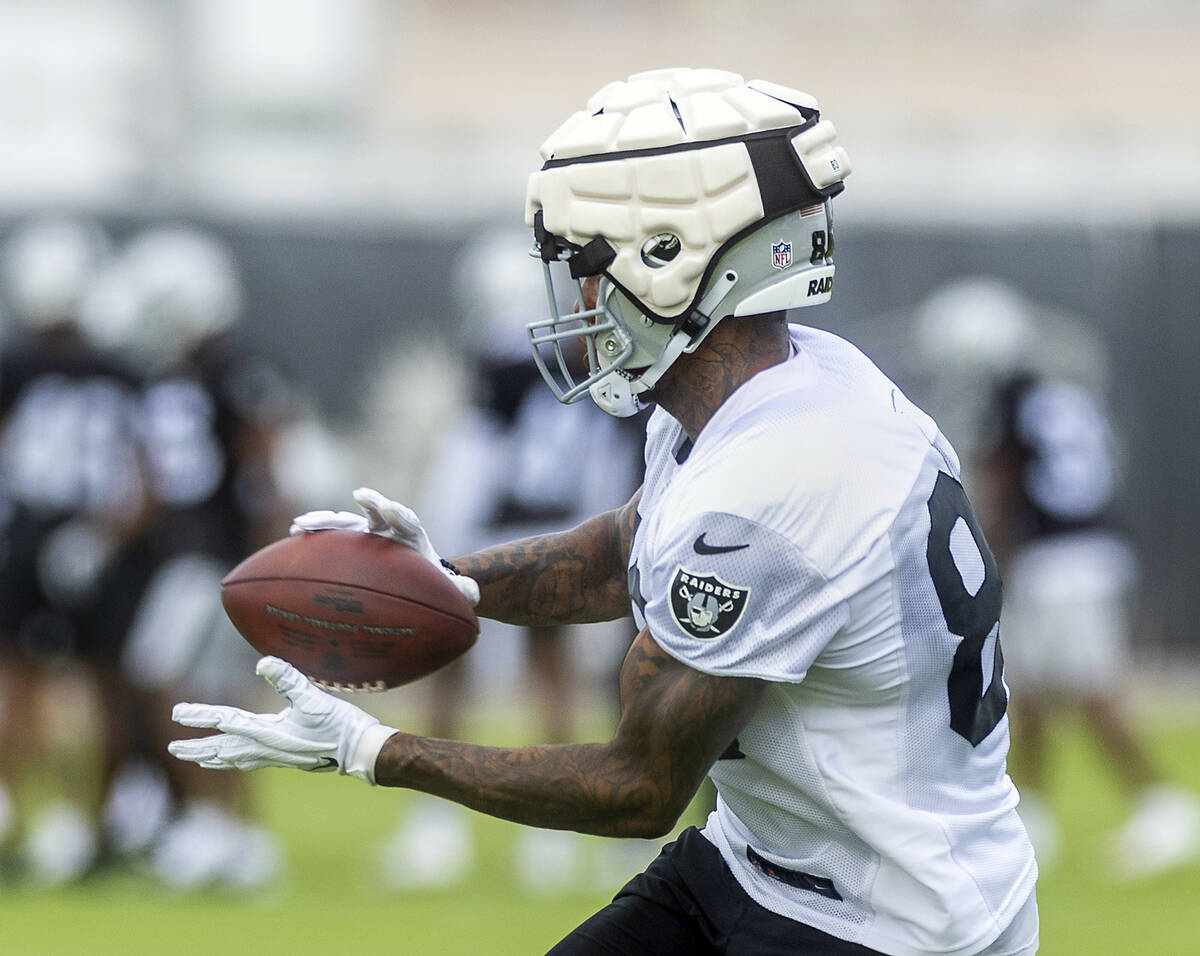 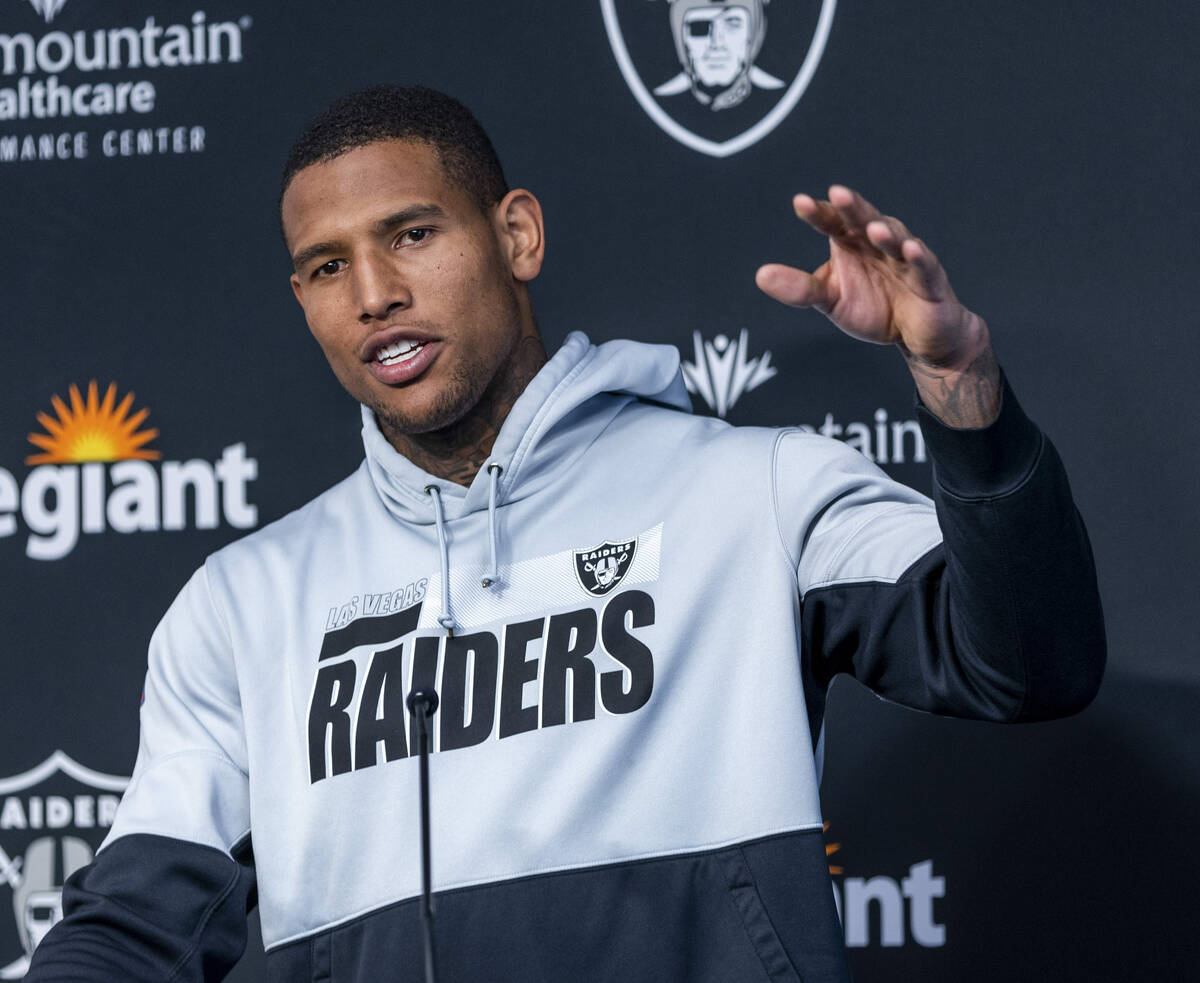 Darren Waller doesn’t intend to let any discussions about a new contract impact his preparations for the season.

Reports surfaced in the last few days that Waller wanted to come to terms on an extension with the Raiders. That wasn’t much of a surprise.

Waller has two years left on a deal that has him squarely in the middle of the pack in annual compensation among tight ends, even though he is among the top players at the position by just about every conceivable metric.

There is no remaining guaranteed money on his current contract, and Waller switched agencies in September, signing with Klutch Sports.

As much as he wants to keep the business side of things off the field, Waller acknowledged it’s not always easy to compartmentalize.

“As a human being, you want to think about things like that,” he said. “But for me, I feel like adopting the mindset of when I’m here, what can I give to the team? As opposed to what I can get. … Because yeah, we’re humans and we can get distracted. But I feel like taking that approach has definitely helped me to focus in on what I can do within the day here. It keeps it simple and keeps it fun.”

His focus on football has included plenty of film study on what coach Josh McDaniels and his offense did in New England. Waller has liked what he’s seen.

Several tight ends were able to thrive in those Patriots systems. Waller has had the chance to watch film of most of them, including Aaron Hernandez.

Defensive coordinator Patrick Graham likes the work his group has put into the first three on-field practices of training camp.

But he’s not satisfied.

“Hell no,” he said with a laugh. “Am I allowed to say that? I mean, I’m a coach. Come on, now. We’ve got a lot of stuff to improve on. We’re working hard, but no. The standard is the standard. Like (Josh McDaniels) says, we’re trying to build championship habits and it’s a process. It’s an imperfect game, but we’re striving to be perfect. So if you ask me as a coach, no. But they’re working at it.”

As Graham finished his answer, he doubled back to address the beginning of it.

Graham was also asked why he thought the players have bought into the new staff so quickly despite the close relationships many players had with the previous administration.

He believes it starts with McDaniels.

“First, I’m sure they looked up his resume on the internet” said Graham, a Yale graduate.

The 43-year-old credited McDaniels with using the clout his success holds to quickly build a foundation from which the team hopes to launch a lasting winner.

“He’s real detailed. He’s honest. He’s consistent. The things you look for in a leader,” Graham said. “He comes from a championship background and he’s building a championship culture here. That’s the standard he’s going to hold for the guys here, the coaches, the players, everyone.”