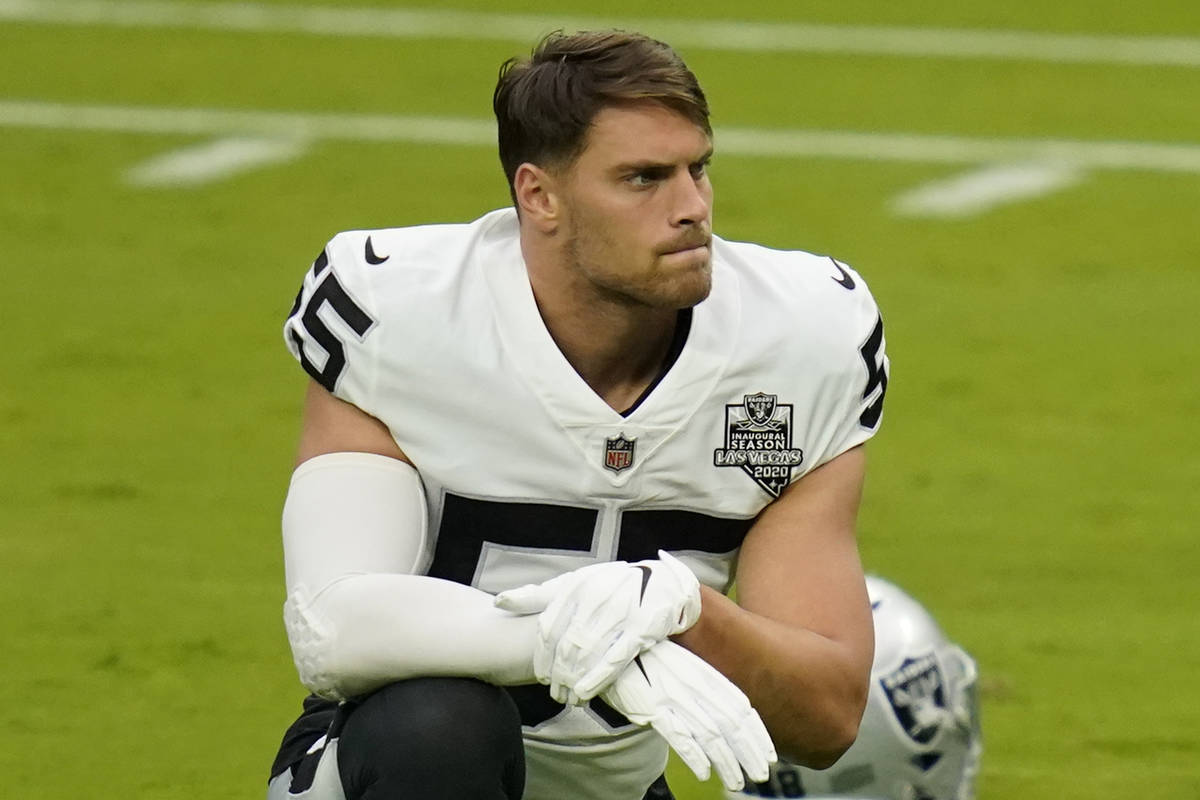 The Raiders traded one of their three third-round picks Saturday and sent another to injured reserve Sunday.

Muse was the No. 100 overall pick in April’s draft out of Clemson. The 80th overall pick, running back Lynn Bowden, was traded to the Dolphins on Saturday before ever taking a snap for the Raiders. Bryan Edwards, who went No. 81, is expected to be a key contributor at wide receiver.

Muse, who turned 23 Sunday, has a toe injury that hampered him throughout training camp. He is attempting to make the transition from college safety to NFL linebacker.

By waiting until Sunday to place him on IR, the Raiders retain the option to bring him back after three weeks. He would have been lost for the season had he been placed on the list before the 53-man roster was set Saturday.

In response to COVID-19, the NFL this year instituted new IR rules, one of which allows teams to put an unlimited number of players on IR for football or nonfootball related injuries, with the ability to recall them after three weeks.

At that point players are eligible to return to practice, with teams then having 21 days to add them to the active roster.

Former UNLV standout Javin White was signed to the practice squad after an impressive camp.

The undrafted free agent’s chances of making the 53-man roster were complicated by last week’s trade for linebacker Raekwon McMillan.

Mayock said White had a strong preseason despite being undersized for a linebacker after playing more of a hybrid safety role in college.

“We’re asking him to play outside linebacker and special teams, and you’re talking about a (210-pound) safety trying to play linebacker. He had a really good camp,” Mayock said. “I think he recognizes that he’s got to get a little bit stronger and bigger. I think when that happens, he’s got a chance to be a pretty good football player.”

White was one of 14 players named to the practice squad; each player on the squad spent time with the Raiders in the offseason.

The Raiders still have two more spots to fill under rules adopted for this season as teams try to prepare for potential coronavirus-related situations.

Wide receivers Marcell Ateman and Keelan Doss were among those signed to the squad.

The Raiders took advantage of a 2020 exemption allowing up to six players with no restriction on experience to join the practice squad. Added were running back Theo Riddick, defensive ends Chris Smith and Datone Jones, offensive lineman Erik Magnuson and linebacker Kyle Emanuel.

Under this year’s rules, teams can activate each practice-squad player twice during the season and return them to the practice squad without subjecting them to waivers.

Mayock said the Raiders plan to have practice squad players travel with the team, at least to start the season.

“You could be activating practice squad players up to 90 minutes before a game,” Mayock said. “So, I think there is always a fear of the unknown.That’s where we are right now. Nobody in the league really understands the ramifications of how COVID will play out. We’re all kind of hedging our bets with our practice squad. We are going to go from there and try to figure it out.”

Kicker Dominik Eberle, a rookie from Utah State, was also signed. He had been expected to compete with incumbent Daniel Carlson but was released when training camp rosters were trimmed to 80 players.