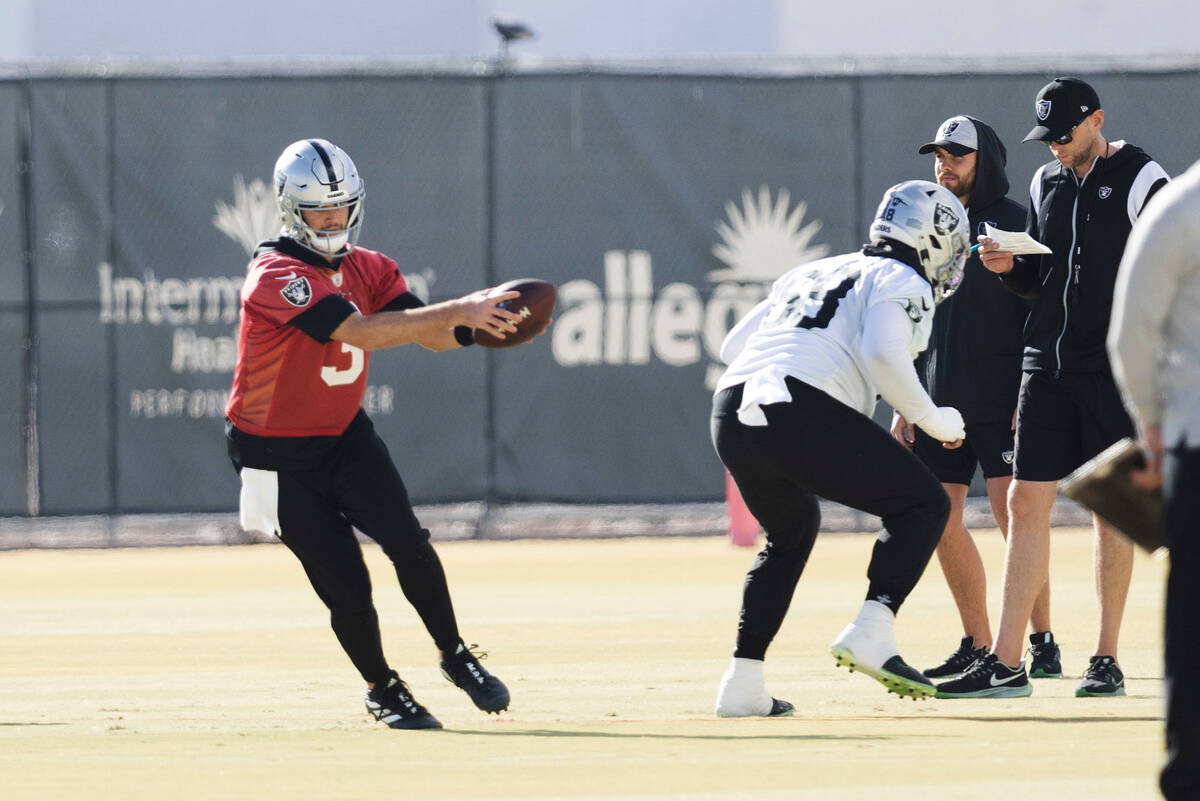 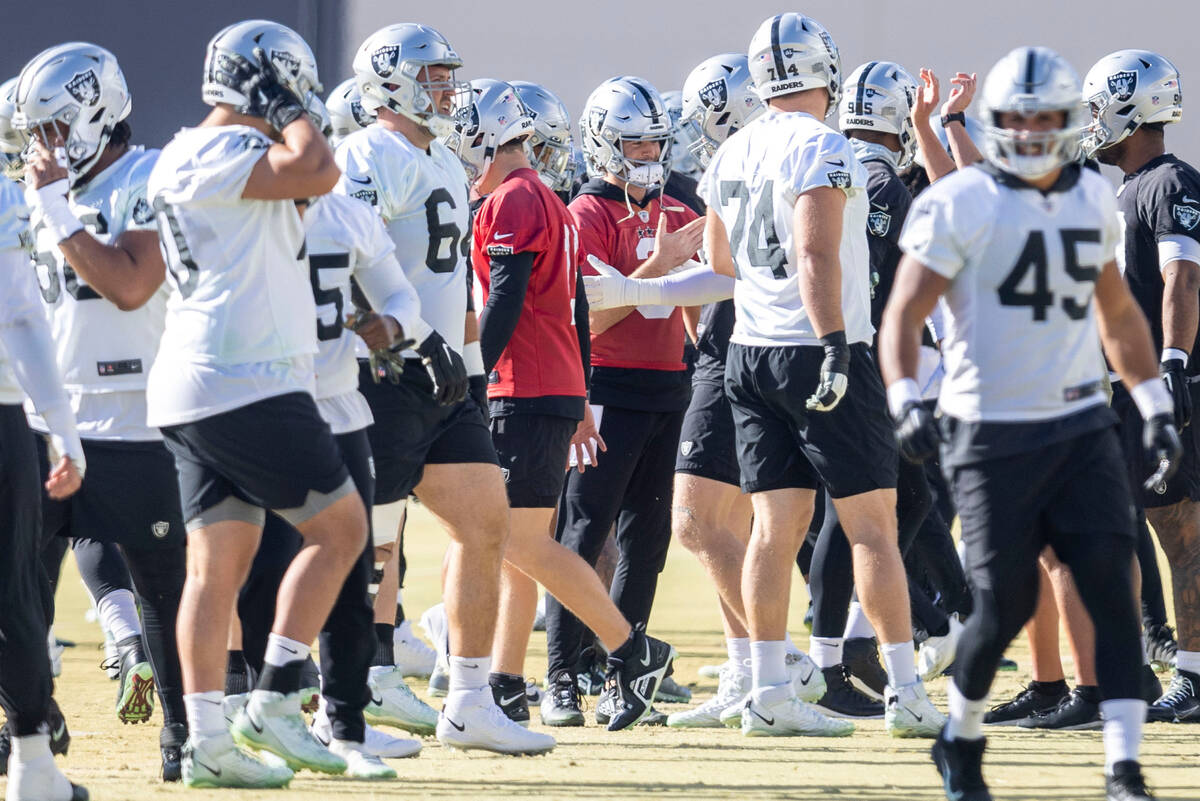 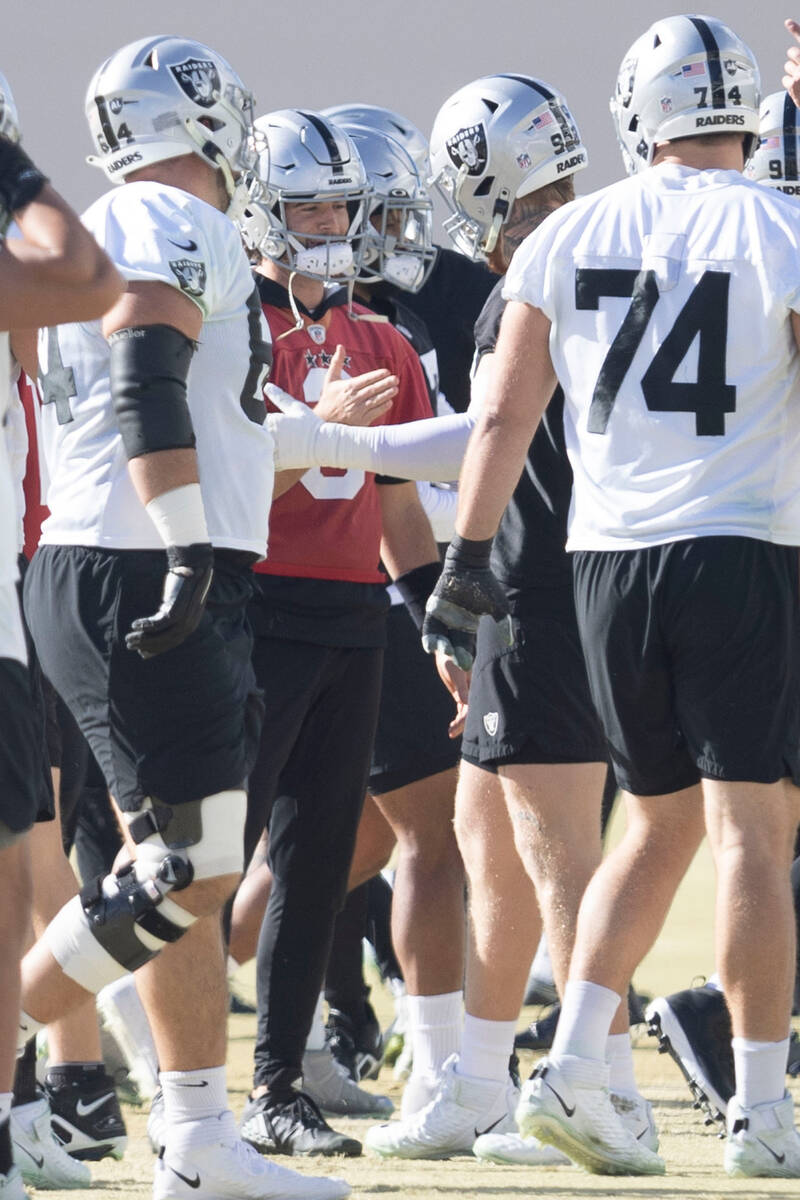 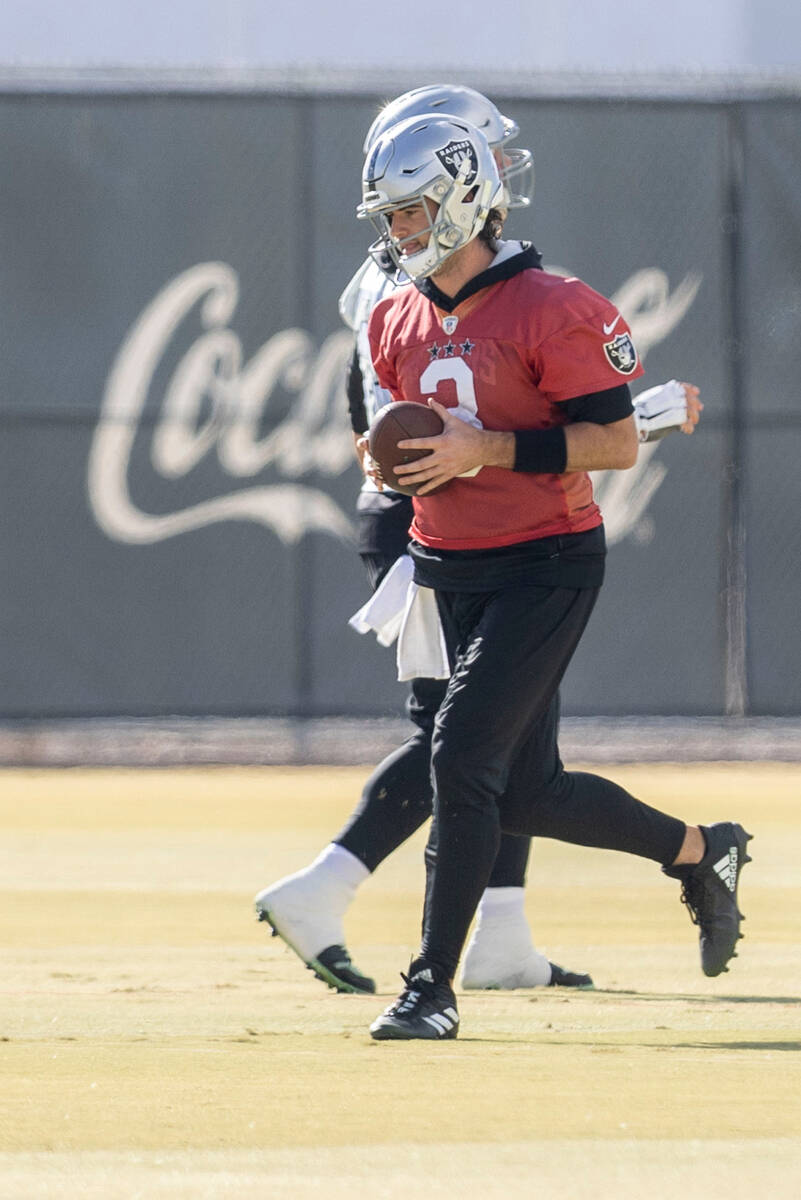 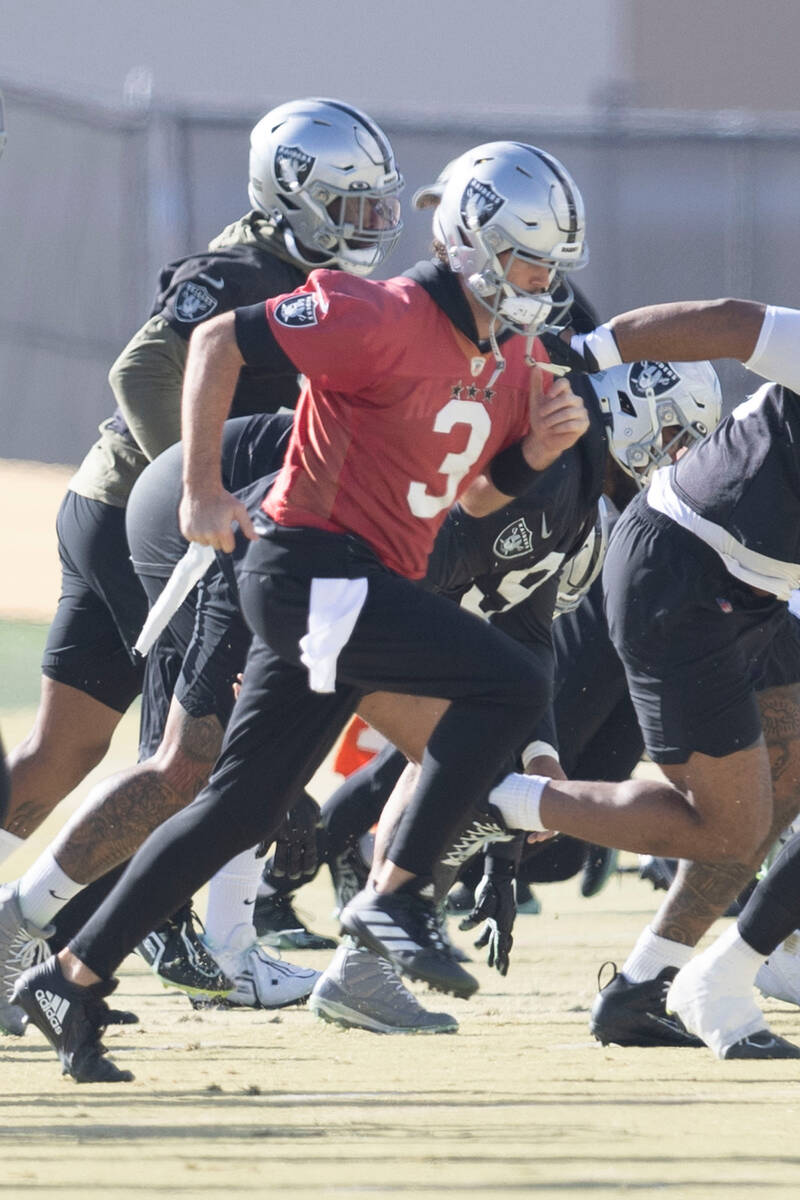 Quarterback Jarrett Stidham instilled confidence in his teammates during training camp that he would be ready to take charge of the Raiders’ offense if needed.

“We were all out there trying to learn formations, and he’s (identifying the middle linebacker) and all that,” tight end Darren Waller said Wednesday. “Right away, we took note that he knew what he was doing. Guys have been asking him questions since this whole thing started, so we believe in him for sure.”

Stidham was named the team’s starting quarterback Wednesday for the final two games of the season — replacing longtime starter Derek Carr. His first test comes Sunday against the 49ers — who have one of the NFL’s best defenses — at Allegiant Stadium, followed by a home game against the Chiefs.

“I think he’s ready, and I think he’s going about it in a way that’s unique to him,” Waller said. “He’s not trying to be anybody else or be too rah-rah or too loud. He speaks when he thinks he needs to and jokes with guys, picks them up. He has the personality to go out there and do well.

“I see him locked in, as he has been throughout the season. Makes a lot of good throws, and guys have been excited for him and his overall knowledge of the system.”

Sunday’s start will be the first of Stidham’s career, and coach Josh McDaniels thinks the 26-year-old out of first Baylor and then Auburn has earned the chance.

“He works really hard, and he’s very bright and understands our offensive system,” McDaniels said. “He’s prepared like he’s playing every week since he’s been in the NFL. He was the backup as a rookie, he has experience getting himself ready to go in that regard. And I thought that giving him a full week of seeing how this affects his preparation, his practice, his performance on Sunday, I think is a good starting point for him.”

McDaniels has worked with Stidham since he was taken by the Patriots in the 2019 NFL draft. He has appeared in 11 games, including three this season, and thrown two touchdowns and four interceptions.

The time working under McDaniels has given him a chance to master the system on paper, in the film room and on the practice field. Now it’s time to see in game action.

“We knew who he was since camp,” running back Josh Jacobs said. “He can spin the ball. He’s been in the system and knows what’s going on. He knows what reads to make.”

That experience will be particularly enjoyable for fullback Jakob Johnson, who also joined the Patriots as a rookie in 2019 and has been teammates with Stidham since.

“The kind of growth I’ve seen him go through has been cool, so I’m excited to see him get this opportunity,” Johnson said. “He’s a great guy. Family man, great teammate, great leader. He’s always bringing the energy to practice. He always enjoys going out there and busting up our defense even when he was the scout team guy.”

Stidham was not made available for interviews Wednesday.

While his teammates are excited about his opportunity, it’s mitigated by the understanding that it likely signals the end of the Carr era with the Raiders.

Carr has been the starting quarterback and face of the franchise for nearly a decade and has close relationships with many teammates.

“The only thing that’s productive is to support Jarrett going forward,” Waller said. “We’re rallying around him and letting him know we believe in him and doing what we can to prepare for San Francisco.”

Wide receiver Mack Hollins shared similar feelings. He has had his most productive season as a wide receiver and expressed gratitude to Carr, but he also understands the reality of the situation.

“I’m a soldier at the end of the day,” Hollins said. “My job is, if they switch the weapon I use, then learn to use that weapon well. I have full confidence in (Stidham). He’s the man, too, and he’s here for a reason.”