Vegas Nation's Heidi Fang and Ed Graney grade the Raiders' offense, position by position and also take a look at Derek Carr's contract, what the options are for him and the Raiders in 2022. (Heidi Fang/Las Vegas Review-Journal) 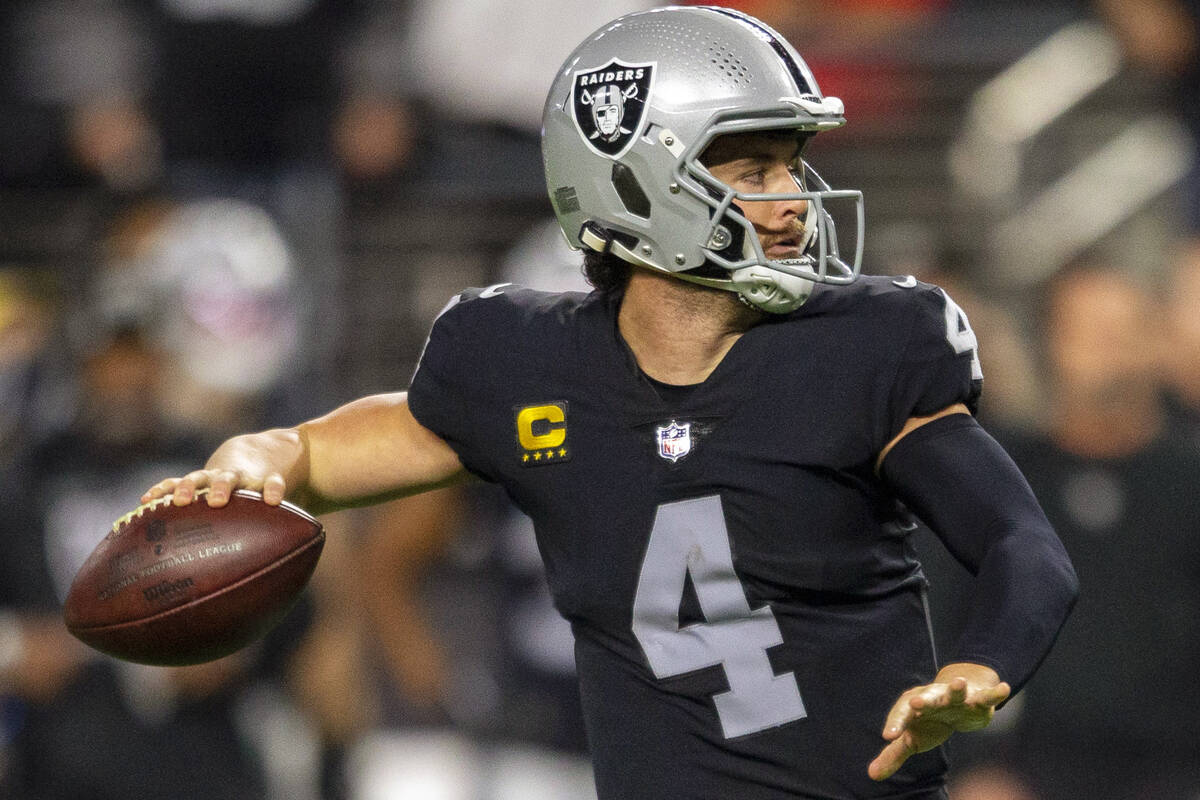 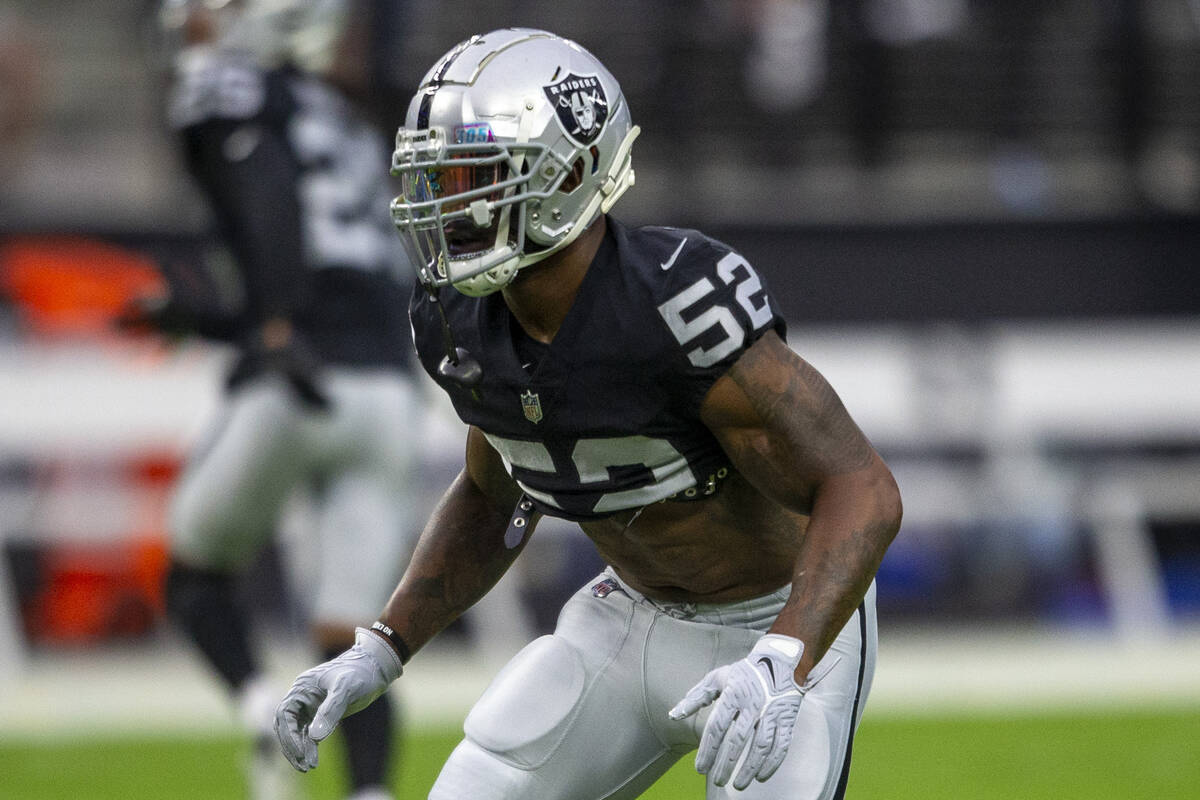 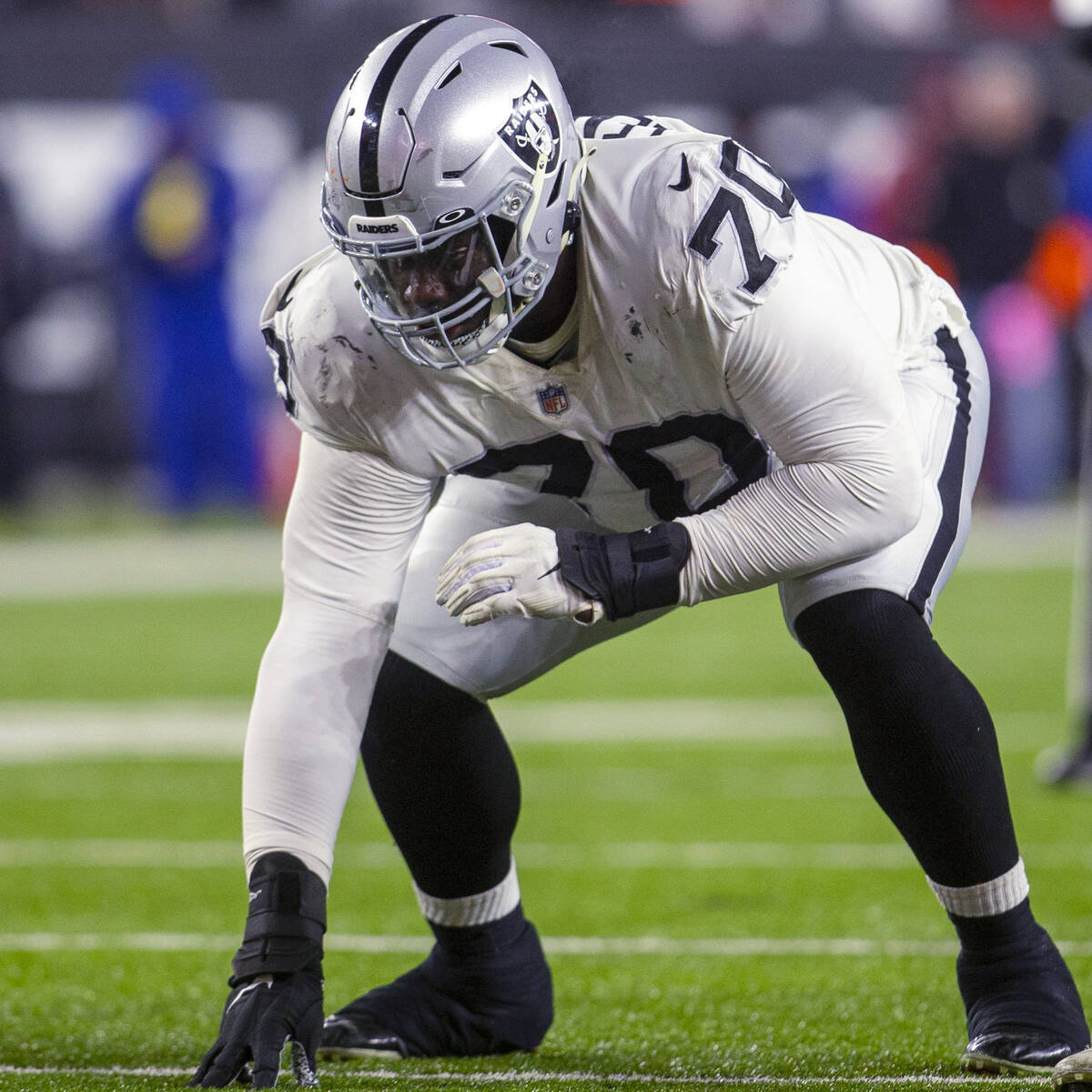 As the Raiders continue the process of recruiting a new general manager and coach, they have an attractive product to sell.

Say what you will about Jon Gruden and Mike Mayock’s time with the Raiders, but by every measure, they improved the franchise’s talent level.

That was evident in the 10-win season the Raiders just concluded, which resulted in only their second playoff appearance since 2002. It also means whoever takes over does not face the overhaul Gruden and Mayock were tasked with when they came aboard in 2018 and 2019, respectively.

An experienced, above-average quarterback is in place, although Derek Carr is due for a contract extension. That likely will be one of the first items the new leadership addresses.

There is young, experienced talent on both sides of the ball to form a viable foundation on which to build. The Raiders are as set as any team in the league at kicker, punter, left tackle, tight end, running back and defensive end.

While decisions have to be made on who to bring back in the interior of the defensive line and the secondary, the Raiders are well-positioned, salary-cap wise, to retain their key free agents.

In many ways, the heavy lifting already has been done.

While the Raiders are by no means a finished product, they have streamlined their needs to the point that even just a few key moves can make a profound difference between them being a playoff contender and a team capable of making a deep playoff run.

Making that leap will mean the new general manager and coach need to hit the ground running.

Here are the Raiders’ biggest areas of need:

The Raiders made a calculated risk last offseason. While it paid off on one side of the ball, it resulted in a big step back on the other.

With major defensive needs and the team needing to get below a drastically reduced salary cap, Gruden and Mayock traded three high-priced offensive linemen to free up the required money.

The hope was young center Andre James would be an adequate replacement for Rodney Hudson, Denzelle Good would replace Gabe Jackson and first-round pick Alex Leatherwood would be a step up from the oft-injured Trent Brown.

After a rough start, James improved. By the end of the season, he graded out as the NFL’s 20th-ranked center, according to Pro Football Focus. Hudson ranked 32nd by PFF.

On the other hand, the Raiders were dealt a major blow when right guard Richie Incognito was lost for the season in training camp and Good went down for the year in the first half of the season opener.

The hole that was created in the interior of the line meant moving Leatherwood, who was struggling at tackle, to right guard and inserting Brandon Parker at right tackle.

The tandem of Parker and Leatherwood was a problem all year. While the Raiders remain high on Leatherwood, it is critical they come up with a new right tackle in the draft or free agency.

The sudden loss of 2020 first-round pick Henry Ruggs had a profound effect on the Raiders’ offense, and not just an immediate one.

The Raiders were counting on Ruggs to be a pillar for the foreseeable future. His presence alongside dynamic tight end Darren Waller and talented slot receiver Hunter Renfrow was going to make the Raiders’ pass catchers a formidable group for years.

That is no longer the case. The new powers will be asked to address that issue.

The draft has proven time and time again it can deliver immediate impact players, and the pool is not limited to the first round.

One way or another, the Raiders have to come up with an impact receiver. If so, and if they can meet their offensive line needs, an offense that sometimes sputtered last year will be in a better position to be a more balanced, potent attack.

The Raiders made a shrewd trade to add Denzel Perryman at the end of training camp, and third-round pick Divine Deablo came on strong late in the season to take Cory Littleton’s starting job.

With Perryman under contract for one more season and Deablo under control for the foreseeable future, the Raiders are in decent shape at two key positions.

Beyond that, there are question marks. Nicholas Morrow is a free agent. Littleton has been a major disappointment and could be a candidate to be a post-June cut or traded, Nick Kwiatkoski took a big step back, and K.J. Wright’s future is up in the air.

It’s long overdue for the Raiders come up with a young, difference-making, sideline-to-sideline linebacker.

The Raiders also could be in the market for another cornerback, although re-signing Casey Hayward lessens that need. Beefing up the interior of the defensive line, securing another safety and adding pass-rush depth also will be areas of focus.

But a dynamic linebacker would go a long way toward strengthening an already solid defense.