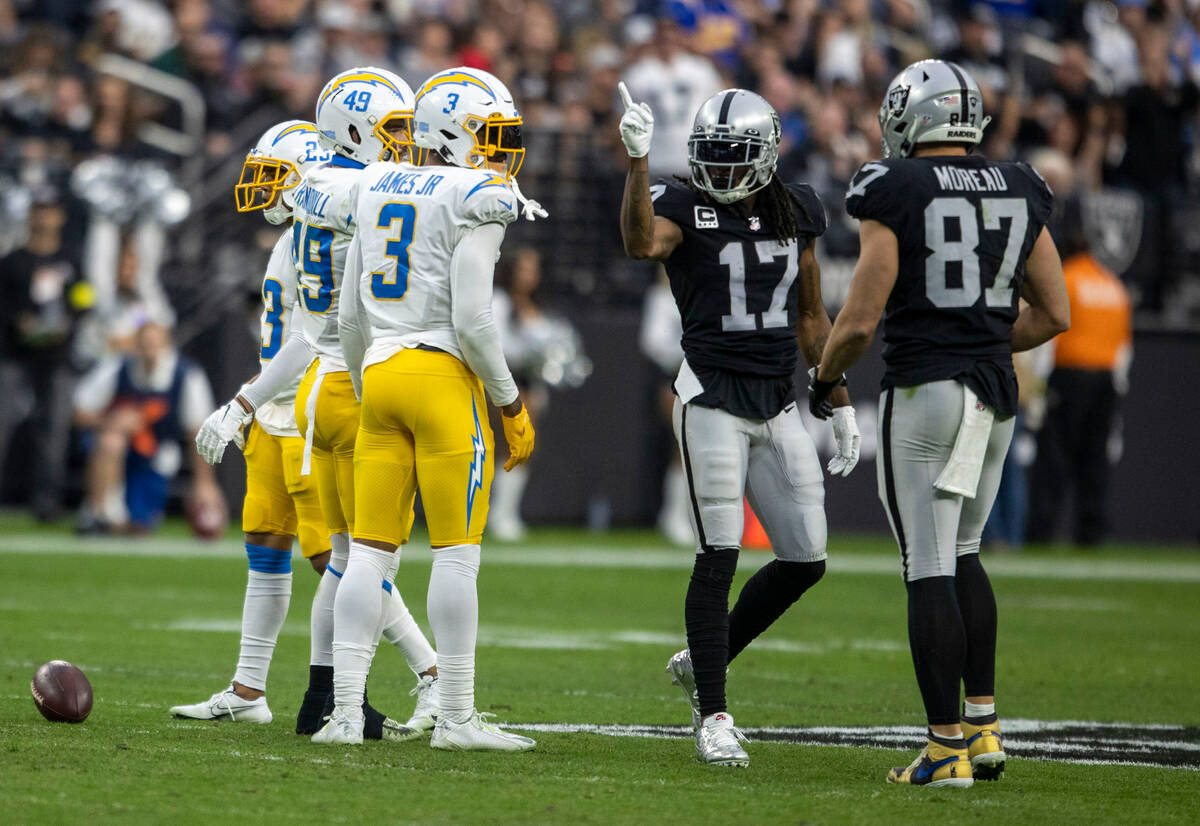 Raiders wide receiver Davante Adams (17) signals for a first down after making a catch during the first half of an NFL game against the Los Angeles Chargers at Allegiant Stadium on Sunday, Dec. 4, 2022, in Las Vegas. (Heidi Fang/Las Vegas Review-Journal) @HeidiFang 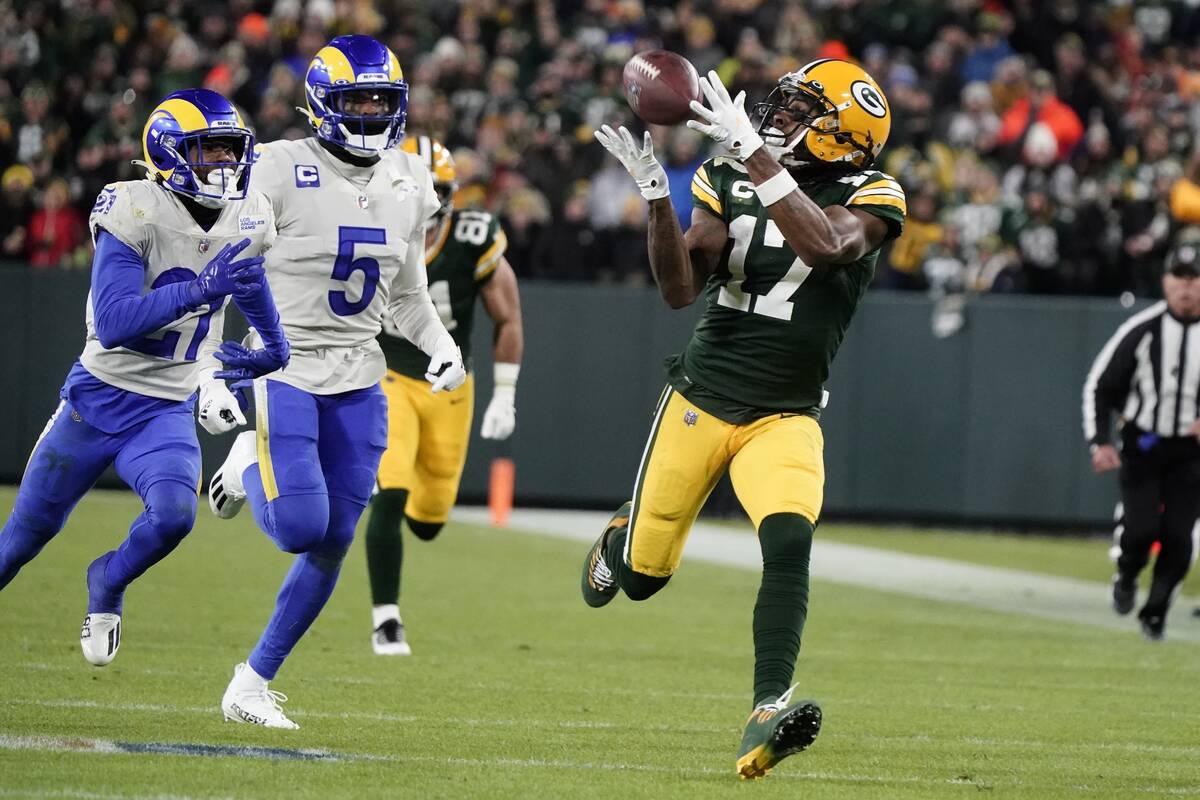 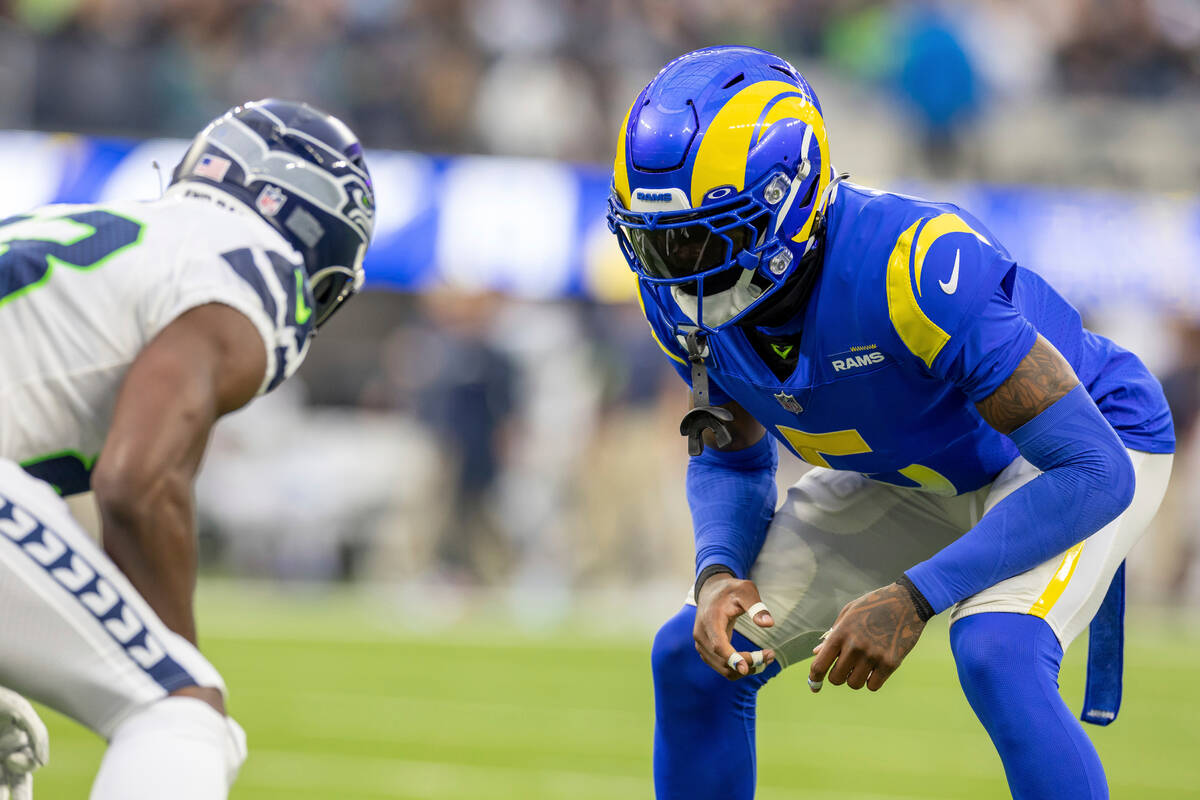 INGLEWOOD, Calif. — Granted, there’s no NFL stat to track the pecking order. But it’s safe to say that no list of trash-talkers would be complete without Rams cornerback Jalen Ramsey.

Along with being one of the league’s best defensive backs, he’s arguably the best smack talker. And in the game within the game between wide receivers and cornerbacks, the talking is a tactic players use to mess with their opponents to the point of throwing them off their game.

Which makes Ramsey’s probable matchup with Raiders wide receiver Davante Adams on “Thursday Night Football” so intriguing. Does Ramsey really want to go there with one of the league’s best receivers, someone who can make the best secondary players look silly as is, let alone after some choice words are thrown his way?

To put that in perspective, Ramsey poked Seahawks star receiver DK Metcalf so much Sunday that Metcalf drew a roughness penalty for retaliating. It was a win for Ramsey. But Metcalf got the last laugh by beating Ramsey for the game-winning touchdown.

Would Ramsey dare do the same against Adams when the Raiders (5-7) put their three-game winning streak on the line against the Rams (3-9)?

Even Adams wonders if some teams are rue to take that approach with him, considering the problems he can pose.

“I find that they do it a lot less to me than other people,” Adams said. “And I don’t want to sound any type of way, but it’s just the fact of the matter.”

On the other hand, if Ramsey or anyone else wants to try to get into Adams’ head, he can play that game, too.

“I’m down for it,” Adams said. “I’ve been doing this a long time, so I don’t really seek that at this point. I just like to play the game and do what I’ve got to do, but if it goes there, then I’m completely fine with it being that type of game.”

This won’t be the first time Adams has squared off against Ramsey. The Packers, for whom Adams played seven seasons, and the Rams met in the playoffs in 2021 and in the 2021 regular season. Adams finished with a total of 17 catches for 170 yards.

Obviously, not all those catches came off Ramsey, which is why these types of matchups can be overblown.

“We’ve played against each other a couple of times,” Adams said. “It never ends up panning out like the heavyweight battle everybody hypes it up to be, just based off the scheme.”

Part of that is how Adams gets moved around to free him up against various coverages.

“Obviously, every offense that I’ve been in I’ve moved around a lot, which I can’t do anything about, nor can he,” Adams said. “He can only do what the defensive call is. But anytime we do get an opportunity to go one-on-one, it’s something that is a fun matchup when you got two guys that are known to go at it a little bit.”

Either way, Raiders quarterback Derek Carr will keep an eye on where Ramsey lines up.

“Jalen is not just one of the best corners, he’s one of the best football players in the NFL,” Carr said. “I’ve seen him line up (all over the field). The versatility that he has … is unbelievable. He can do everything … everywhere on the field.”