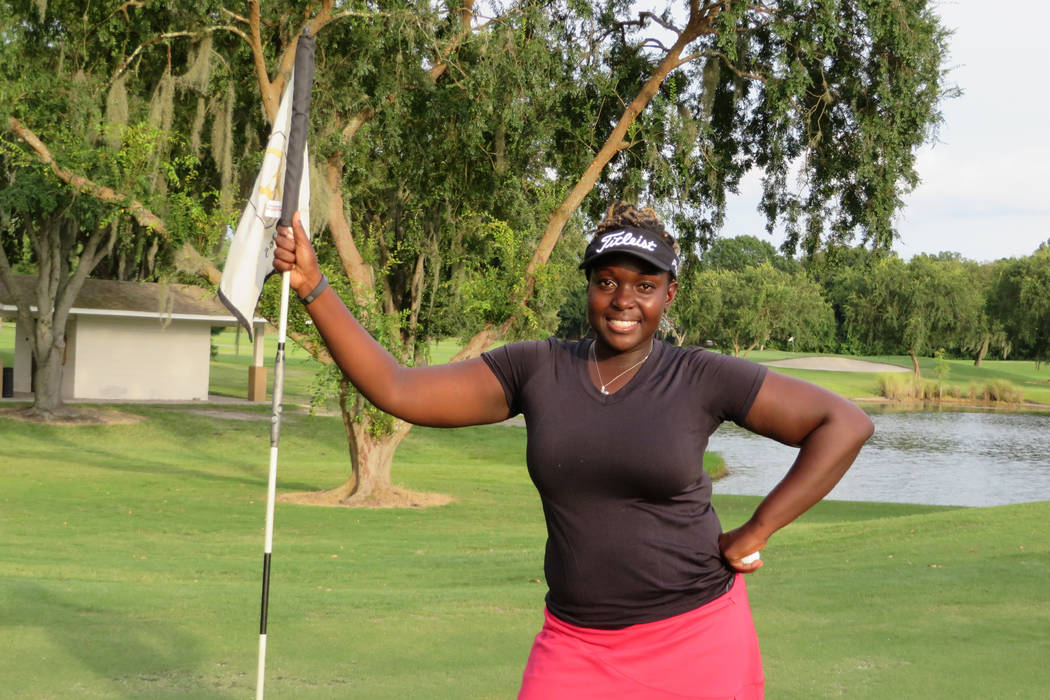 Mackenzie Mack’s life in golf began as a little girl playing with her “second family,” the Valley View Golf Club, a distinguished group of African-American golfers who have been a part of the Las Vegas community since 1958.

In 2012, the group was inducted into the Las Vegas Golf Hall of Fame partly because of its dedication to junior golfers such as Mack, who also was a member of the First Tee of Southern Nevada.

As a junior, Mack twice played in tournaments at Pebble Beach after being named a national scholar by the First Tee. She also played on the Tiger Woods junior national team three times and represented Southern Nevada in the Girls Junior America’s Cup.

After graduation from Cimarron-Memorial High School, Mack played at Indiana State, where she graduated in 2011 with a masters degree in business administration. She then played the mini tours, including on the LPGA Symetra Tour, then settled into the business of golf.

On April 3, Mack, 29, became the fifth African-American woman to become a Class A member of the PGA of America. She is the fourth to obtain LPGA and PGA member status. She is now a program director for the First Tee of Tampa Bay, proving life sometimes does come full circle.

“My golf journey has been unbelievable,” Mack said. “Never in my wildest dreams did I think golf would take me so far. I started out playing for fun, but then it became my career, and it has also been my life. It’s difficult to put into words what golf has meant to me, but now when I see girls and minority girls looking up to me, it really hits home about how unbelievable it has been.”

The PGA of America has more than 28,000 men and women PGA Professionals, of which 159 are African-American and 1,193 are women.

“The PGA of America has been welcoming the entire time, and it was nice to talk with and get to know the ladies who went before me,” Mack said. “They showed me the way, and now my mission is to be a role model and help grow the game. When I was officially voted in as part of this year’s class, it was a relief and a very special moment.”

PGA Tour player Bill Lunde, who won the 2010 Turning Stone Resort Championship title, was a member of the 1998 UNLV NCAA championship team and remembers those times like it was yesterday. He also believes the college game has evolved since his days as a Rebel.

“College golf, in general, has changed a lot since I played,” Lunde said at Las Vegas Country Club during the NCAA selection show watch party for this year’s team. “There are more top teams that have a chance to win each year, and the depth of the college game is a lot stronger and has improved dramatically over the years.

“For me, college golf was one of the best experiences of my life. The friends and relationships I have made through the UNLV program are lifelong bonds. To come back and see the kids now is a little humbling because it was 20 years ago, but it’s cool to watch them go through the process. Back then, there was no Golf Channel selection show and it wasn’t a big production like it is now.”

In March, Lunde, who is without official exempt status this season, finished second at the PGA Tour’s Puerto Rico Classic, pretty much guaranteeing himself a spot in the season-ending Web.com Tour finals this fall, when 50 official PGA Tour cards will be available for 2017-18.

The golf notebook appears each Thursday. Freelance writer Brian Hurlburt is a two-time author who has covered golf in Las Vegas for more than two decades. He can be reached at bhurlburt5@gmail.com or @LVGolfInsider on Twitter.