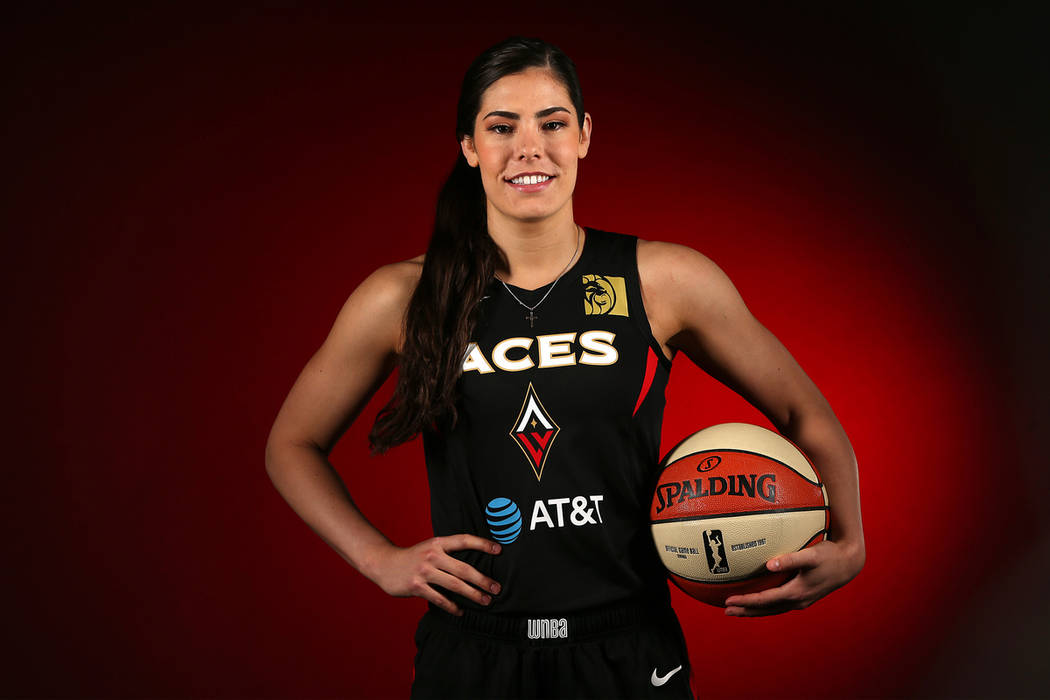 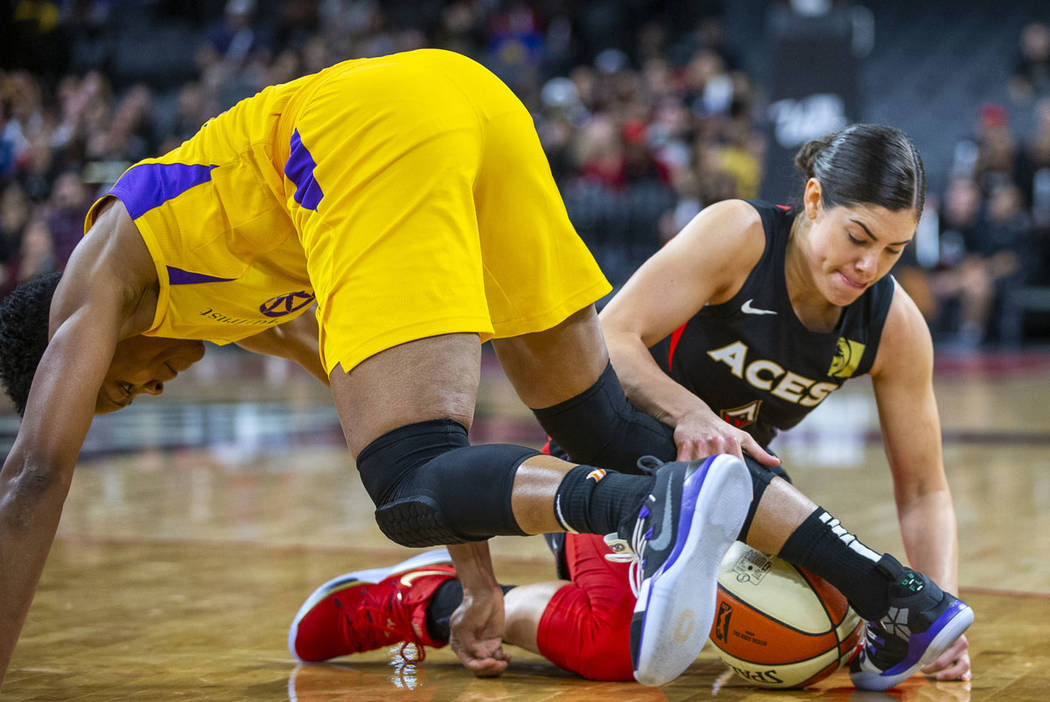 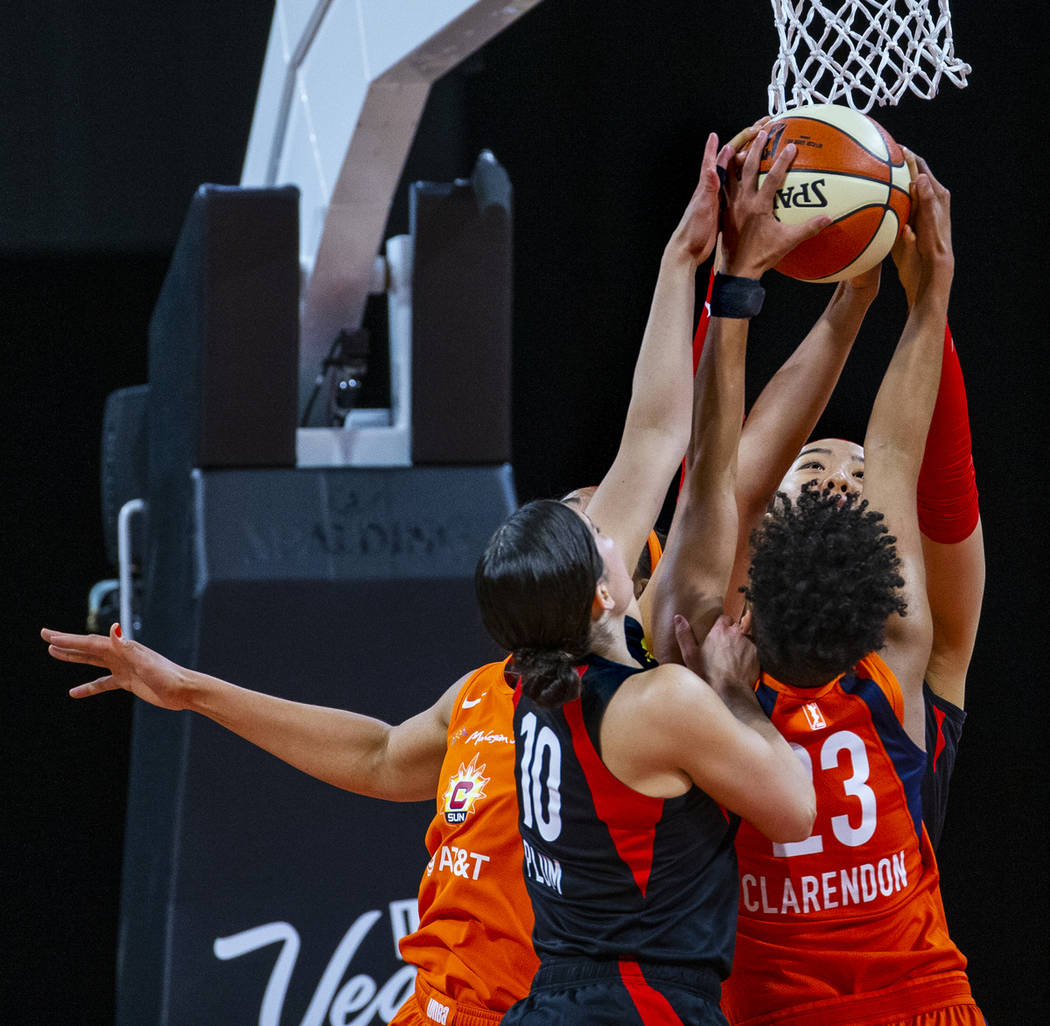 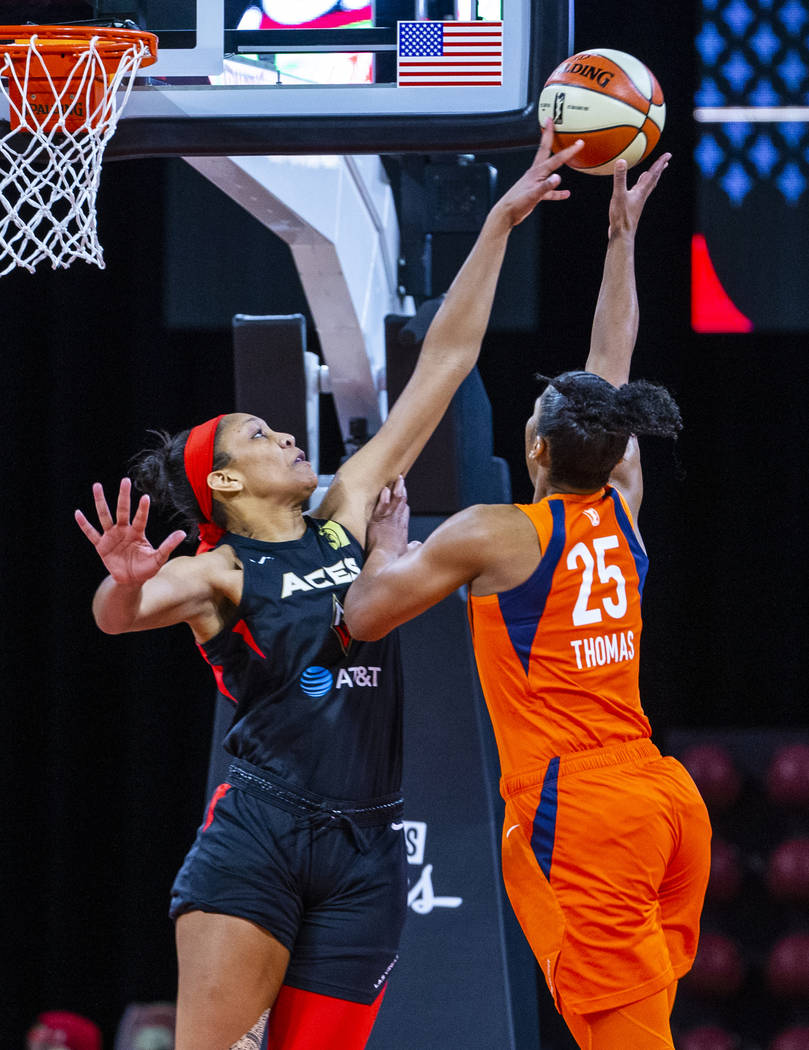 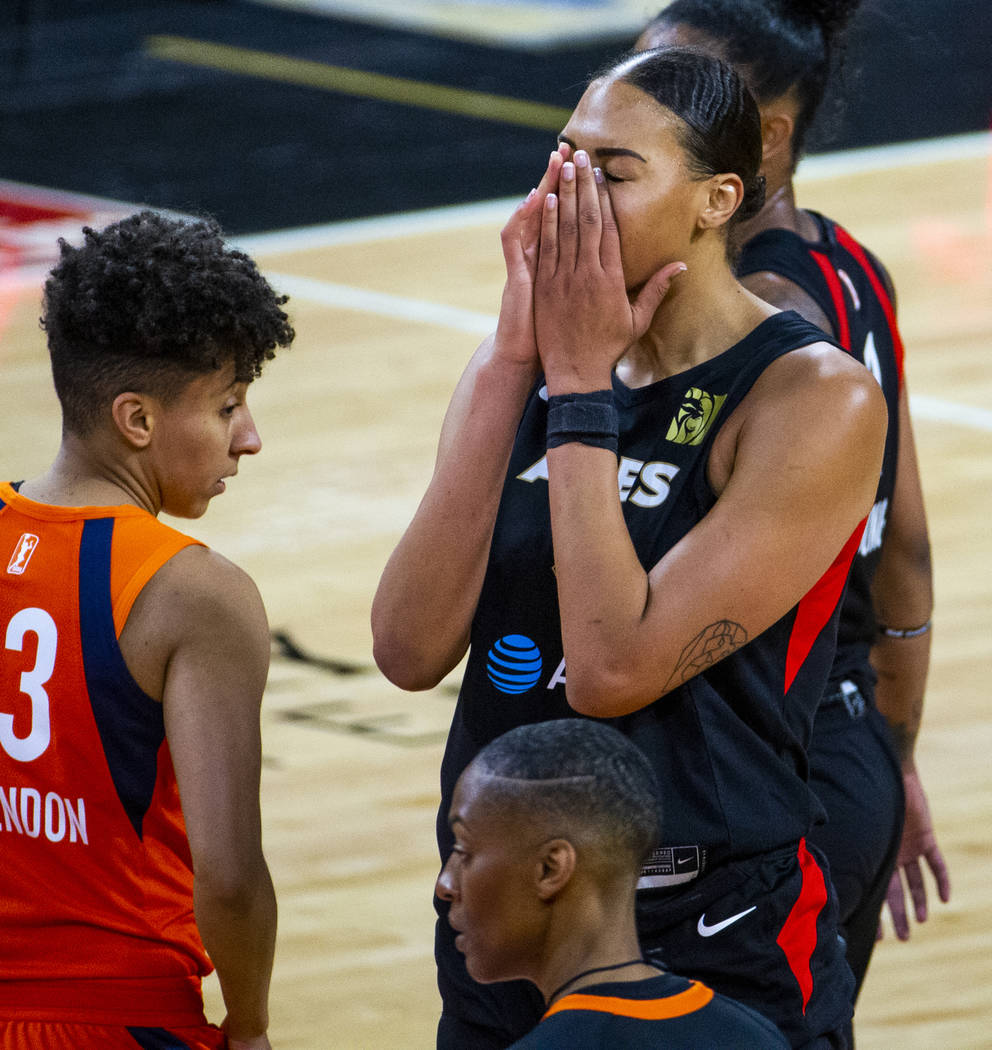 Las Vegas Aces center Liz Cambage (8) takes a moment at the foul line versus the Connecticut Sun during the third quarter of their game at the Mandalay Bay Events Center on Sunday, June 2, 2019, in Las Vegas. (L.E. Baskow/Las Vegas Review-Journal) @Left_Eye_Images

Transformation isn’t always pretty. It can be frustrating and inconsistent, highs followed by lows, memorable games followed by forgettable ones, expectations that aren’t all that realistic but present just the same.

Kelsey Plum continues to deal with such truth, the greatest of all college scorers now in her third WNBA season, navigating through those rough waters while reinventing a game that was defined for years by an individual stat line that almost always produced the most points.

“If people expected me to come (into the WNBA) and average 30, they don’t know the league or basketball,” Plum said. “I have to live with the expectations. It is what it is.

“There are so many great players here and now I’m a true point guard, which I wasn’t in college. I’m still trying to figure it out.”

Nobody was all that great, even good, for the Aces on Sunday, a sloppy effort that resulted in an 80-74 loss to Connecticut before an announced crowd of just 2,747 at Mandalay Bay Events Center.

It was 4,502 fewer than attended the season opener last weekend and 2,461 less than the team averaged last year.

At least those who stayed away weren’t subjected to this:

The Aces had 21 turnovers and I’m not sure you can count on one hand how many were forced, miscues that resulted in 32 points for the Sun. There is being weak with the ball and then there is what the Aces were most of the afternoon.

It’s true that Las Vegas will mostly go as its front-court dictates — a tandem of A’ja Wilson (19 points, nine rebounds) and Liz Cambage (14 points, seven boards) that will become more imposing as the latter works herself back into full playing shape — but even the best post play won’t generate many victories when a starting backcourt offers little to nothing.

This is never going to be the Plum of NCAA magnificence, a player who at the University of Washington became the all-time leading scorer in major college history, averaging 25.4 points for her career and claiming every conceivable player of the year award following her senior season.

That final year she averaged 31.7 points while shooting 53 percent from the floor and 43 percent on 3s.

She was a machine, resulting in her being drafted No. 1 overall.

But this is a different world against far better players and athletes on a more consistent basis, and the fact she has averaged nine points over her first two pro seasons shouldn’t floor anyone. Her numbers improved from her first season to the next, but things have begun slowly (seven-point average on 32 percent shooting and 27 percent on 3s) over a 1-2 start this year.

Again, no one was very good. Wilson produced numbers, but she had a team-high six turnovers and played to a minus-14. Cambage logged nearly 15 minutes and yet it’s obvious she isn’t 100 percent.

The Aces allowed 13 fast-break points and 16 on second chances. They didn’t defend well at all for stretches, either off the dribble or by helping late or by not identifying shooters in transition.

Think about it: Connecticut shot just 39 percent from the field, 31 percent on 3s … and won a road game.

“As we started the season, all of you media people said, ‘Aces, Aces, Aces,’ and I kept saying, ‘Wait a minute. We’re too young. This is year two of a three-year plan,’ ” Aces coach Bill Laimbeer said. “As you see, I was correct. We don’t know how to win and today was an example of that. We were lazy. We were not mentally strong at all.

“Our starters have no energy, so I’ll have to make a change. They just don’t have it. They go out there and just go through the motions. I can’t find one person in the starting unit who gives that energy.”

Those darn media people. Always getting in the way of a good thing.

Funny, though. I’m almost certain they didn’t have any of those 21 turnovers Sunday.