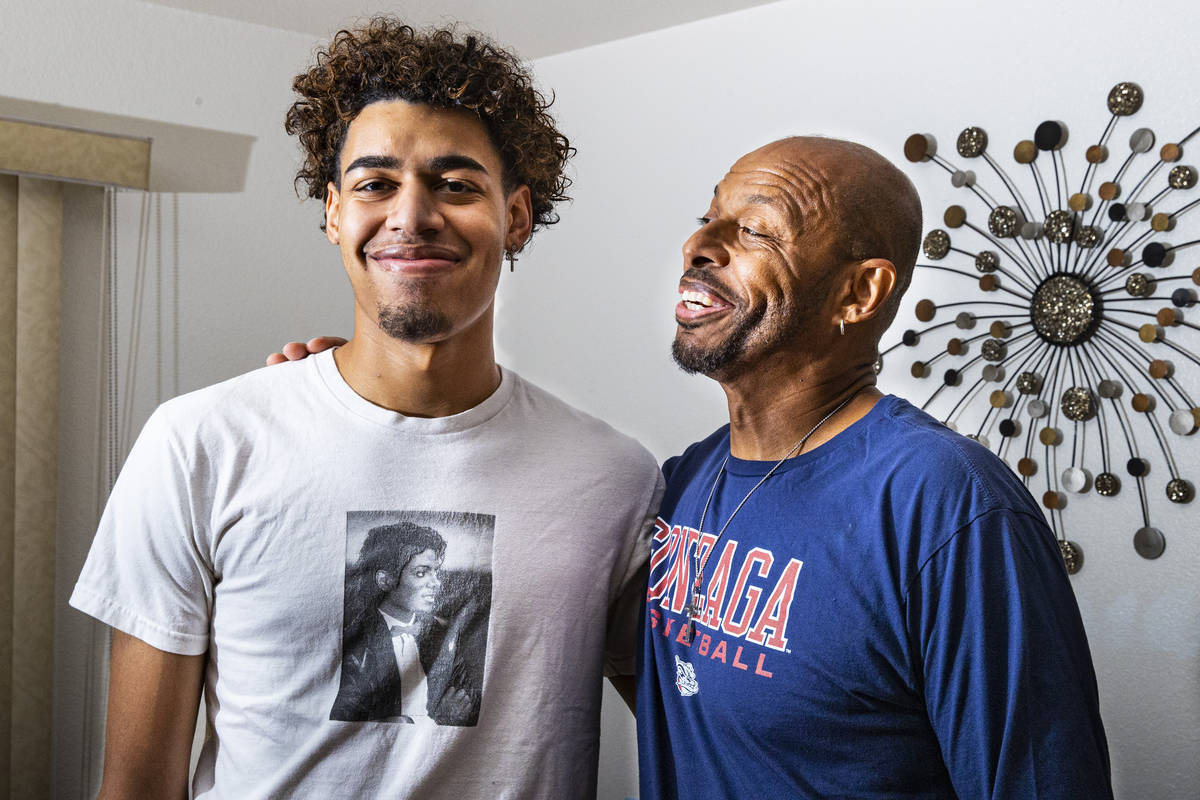 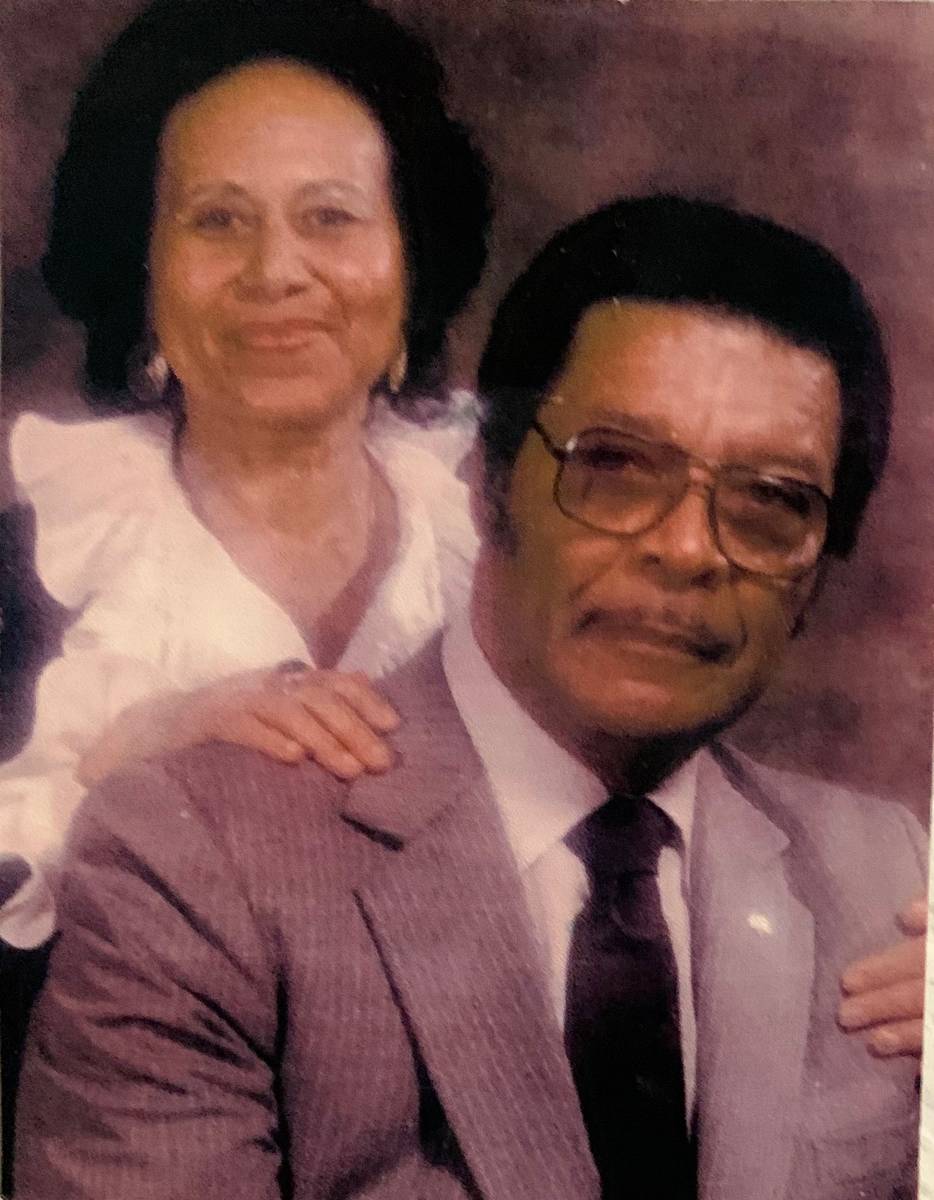 Edward and Betty Brown, grandparents of Julian Strawther, a former Liberty High School basketball star who will be a freshman at Gonzaga. Photo courtesy of Lee Strawther.

The crosses burned on the front lawn of Edward Strawther’s home. The death threats came often and in various ways.

It was the mid-1950s in Alabama when Rosa Park was arrested for refusing to give up her seat on a public bus to a white man, a violation of Montgomery’s racial segregation ordinances.

Suddenly, a civil rights movement had a face by which to inspire others.

“My father at the time had a radio show in Tuskegee, and that incident became a very hot topic to discuss on air,” Lee Strawther said. “All hell broke loose. Whether it was the Ku Klux Klan mad about him talking on Rosa Parks or the Black Panthers later on about his support of Martin Luther King, our family had to keep moving. First to Washington D.C., and then to two spots in New Jersey and then west to Las Vegas literally just trying to survive.”

Edward changed his last name to Brown, making it much harder for anyone to find the family.

It is a history Lee Strawther often has imparted to his children, including son Julian, who leaves Monday to begin his college basketball career at Gonzaga. The Zags should rank No. 1 in most preseason polls, and Julian Strawther, as a former Liberty High star who averaged 31.5 points and 11.1 rebounds as an all-state senior, is part of a Top 10 recruiting class.

Lee Strawther will undoubtedly offer the same words to his son as so many parents when directing a child into the world.

Believe in yourself. Enjoy the experience. Make this the best time of your life. Go to class. Work hard. Check in at least once a week. Wash your hands — a new demand in this COVID-19 existence.

But such a send-off has become even more personal for black families after the death of George Floyd at the hands (knee) of a Minneapolis policeman who has been charged with second-degree murder.

Not that Strawther hadn’t discussed such issues with his three children while raising them. “It’s part of our reality,” Lee Strawther said. “Now that (Julian) is leaving, parents with African American children are calling it, ‘The Talk,’ and it has nothing to do with sex.

“He knows that he always has to do more. You have to be more aware of your surroundings and extra careful of the things you say and the people you say it around. You have to be careful if you want to go on a late-night run to 7-Eleven because you want some soda and chips.

“I’ve been preaching these things to him for a long time. I don’t want him surprised at anything. Be extra special, be extra smart, be extra good in everything you do. You have to do more. You have to be more. I think he’s more than prepared. He’s a model student and just a great kid. I’m not overly worried at all.”

The family’s ties are profoundly deep locally. Lee’s late father formed the Las Vegas Sentinel after buying out and eventually merging with the Las Vegas Voice in 1981, two of the African-American newspapers that have been published in Nevada.

Edward, a retired lieutenant colonel who served in World War II, also helped introduce the bill that led to MLK Day becoming a federal holiday. He worked radio in town and was a Nevada Athletic commissioner and boxing judge.

Lee Strawther speaks of these times proudly, just he does Julian and sisters Paige and Paris. Julian, the youngest, is about to depart. He’s a terrific young player whose mother’s Puerto Rican ancestry could one day see him playing for that country’s Olympic team.

Lourdes Strawther, Julian’s mother— she went by Cookie to all who knew her — never saw her son’s talent blossom these last several years. She died of breast cancer in 2011.

But he’s off now, set to join one of the nation’s best programs. Off with the knowledge of his family’s activist nature. Off knowing some of the same issues, the same fights from the past, are connected directly to these tumultuous times.

“We all know (Lourdes) is beyond proud right now,” Lee said. “She keeps watch on the whole family. The kids have all tried to honor her by living the right way, by choosing to do things in the right way. Julian can’t wait to get to Gonzaga.

“He’s going to unpack his bags and not worry about the future. The only goal is to work hard and get better and see what happens from there.”

Off to Spokane, Washington, a well-documented lineage packed in those bags along with his hopes and dreams and hightops.