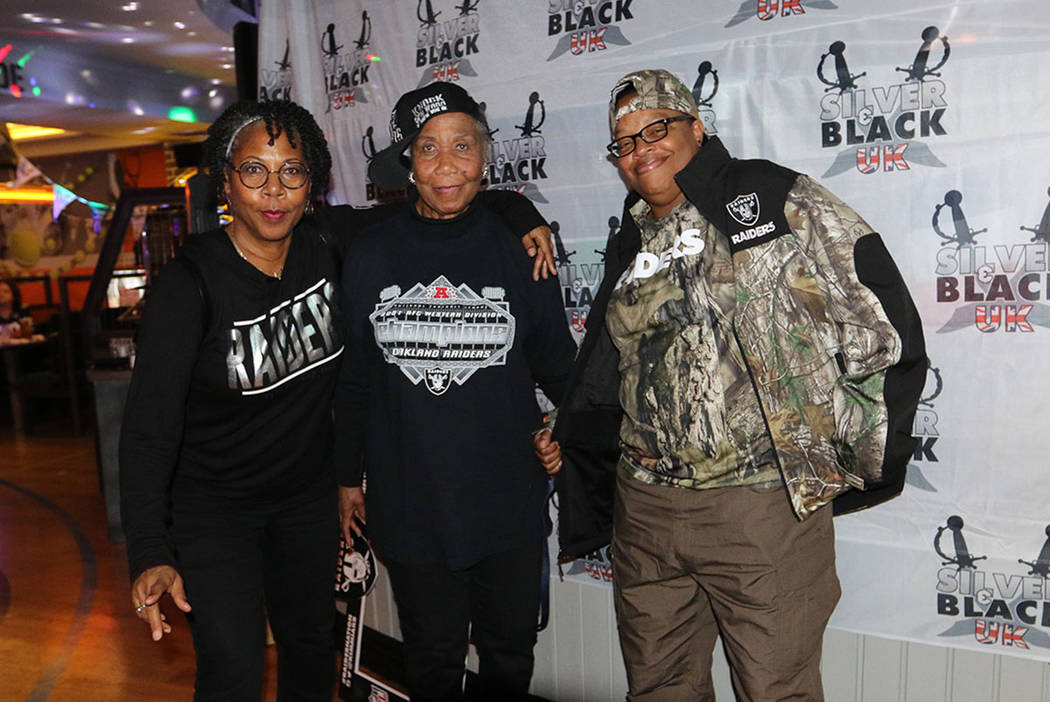 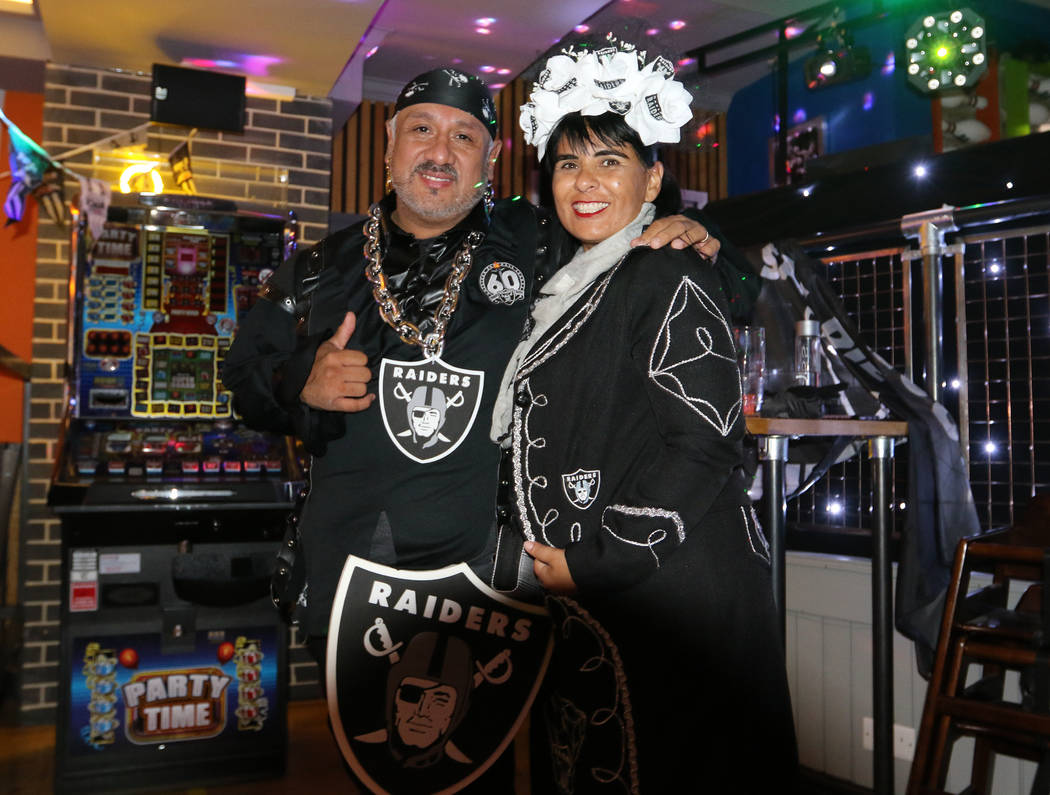 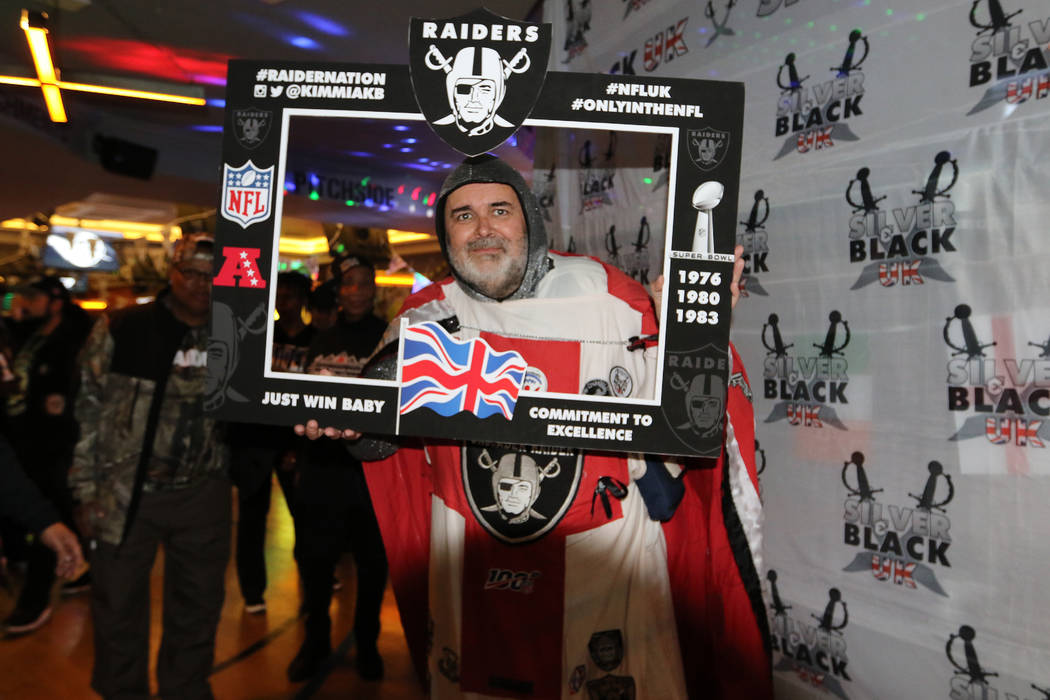 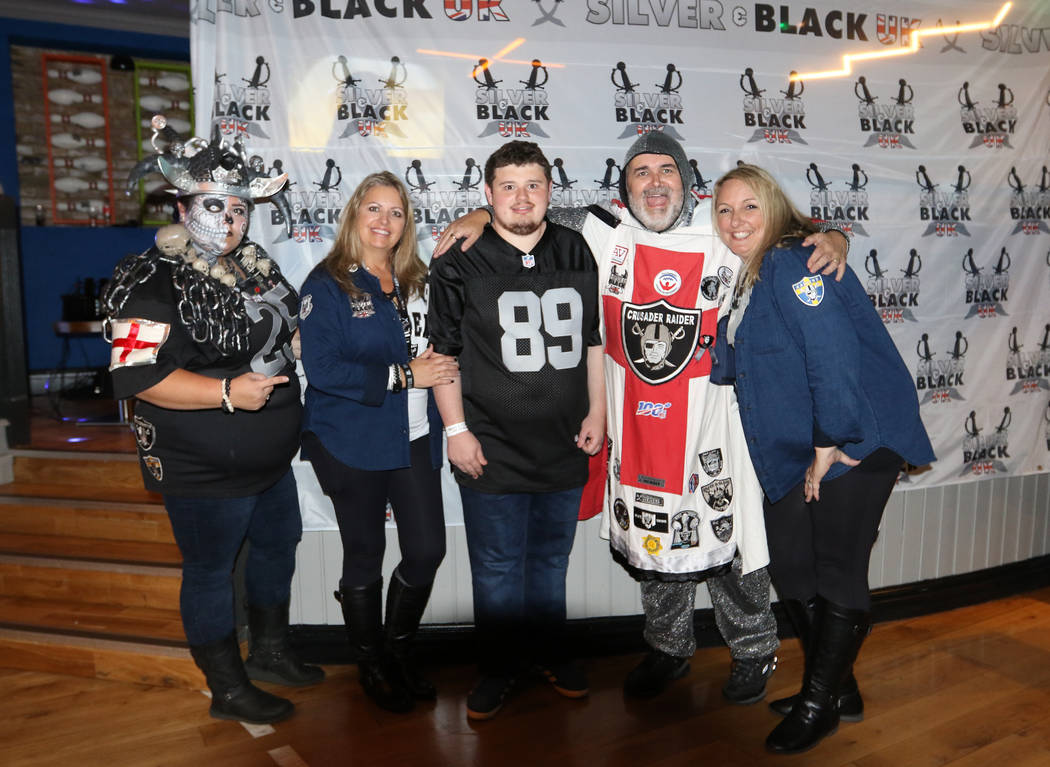 LONDON — Barbara Johnson remembers the date, the stadium, the outcome, how the football team she fell in love with on a September afternoon in 1960 so swiftly and permanently grabbed her heart.

“I just can’t remember who they played,” Johnson said. “But from the moment they were born, I’ve been a Raiders fan for life. The mystique took me in and never let go.

“Al Davis and those uniforms. I was hooked.”

The opponent that first game in franchise history was the Houston Oilers, a game the Raiders lost 37-22 at Kezar Stadium in San Francisco.

Johnson is 85 now and hasn’t missed a home opener in Oakland since the team relocated back from Los Angeles in 1995.

She lives in Maryland and wants like anything to be in attendance next year, when the Raiders arrive to their new palace that will be Allegiant Stadium in Las Vegas.

The Raiders have advanced to an NFL playoff game just once since 2003, but such mediocrity on the field has never threatened to dim the profound and devoted flame of faithfulness from their fans off it.

No matter where on the globe the team finds itself, and it has been quite an extended map of venues since it was announced that relocation to Southern Nevada would occur in 2020, Raider Nation has come in force.

Not to mention all sorts of outlandish costumes.

They were out again Friday night, this time at what was dubbed a Blackout Party at a sports bar along Old Street in Central London, which is within a post pattern of Parliament.

Put this way: If anyone was wearing a wig, it had silver and black streaks through it and the only legislating that was going on involved how many beers could be consumed in under a minute.

The Raiders on Sunday meet the Bears at Tottenham Hotspur Stadium and, like last season in London and two previous years in Mexico City, fans like Johnson have devotedly flocked to far-away lands in hopes of watching their team emerge victorious.

Yeah. That part hasn’t always worked out so well.

“This is just another opportunity to spread the Raider love,” said former tackle and now team color commentator Lincoln Kennedy amid taking countless selfies with fans. “When you see Tottenham Stadium on Sunday, it’s going to be just like the one in Vegas, and that’s long overdue.

“What’s not to get excited about?”

Bridgett Elson certainly is. Upon learning that the Raiders would be landing in Las Vegas, the 57-year-old packed up her world and moved from Ontario, California, to Henderson.

Shortly after, she met Raiders great Howie Long, who was taking part in encouraging fans to purchase season tickets.

“I’ll be there for life,” she said. “It was a lot of money, but well worth it. This is the second half my my life and I want to be with family, and the Raiders are my family. The love of my life.”

Keith Smith is the London-based fan who helped organize the evening, a entertaining bloke who wore a red and white uniform (representing St. George, the patron Saint of England) with silver and black trim.

Like most if not all such events involving the Raiders, whether directly connected to the franchise or not, a percentage of the proceeds from Friday will find their way to local charities, many to those that support the disabled.

Smith is also the leader on that front when it comes to fans across the United Kingdom.

At one point, it appeared he said the reason for settling in London was to marry his aunt.

He later said that was a mistake.

Nobody could be sure.

“I mean, we’re crazy here, but not that crazy,” Smith said. “I’m the Crusader Raider here in England. Been a fan since 1980 and have been to over 200 games in America. There is no doubt the Raiders are beating the Bears on Sunday.

“We have the running game, (Bears edge rusher) Khalil Mack is going to have a nightmare day and (Raiders quarterback) Derek Carr is going to hit those receivers.

“Thank you for coming. Cheers.”

And with that, he was off, no doubt scheming just how it is the Raiders are going to run the ball Sunday while Mack is held in check.

Meaning, the Crusader was in for a very long night.