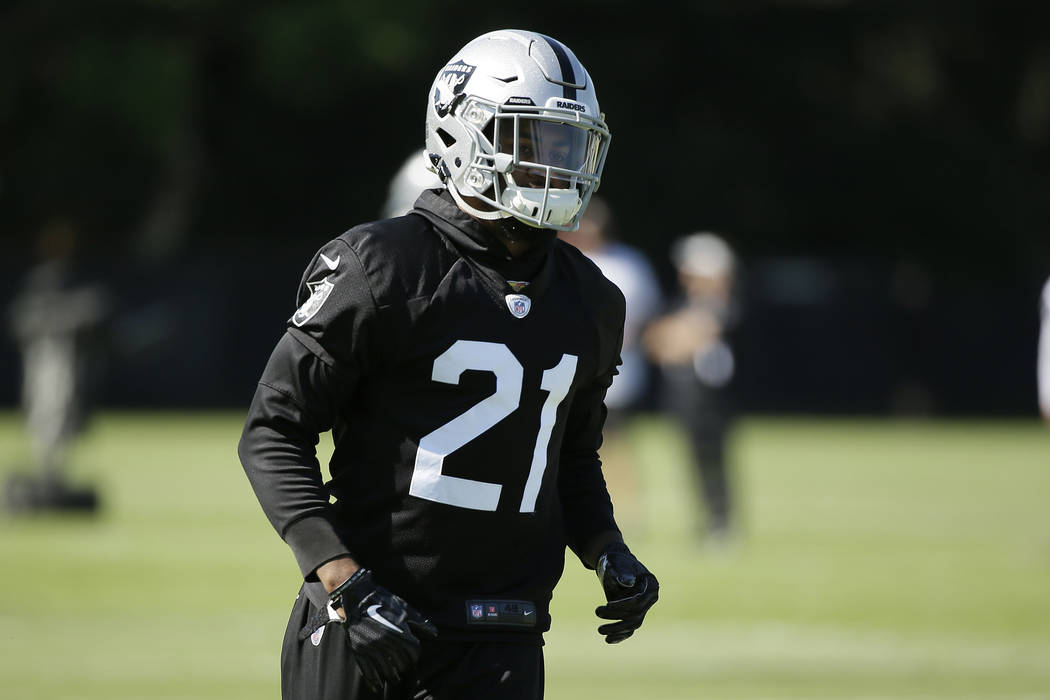 Somewhere along the way of another missed tackle, perhaps as Aaron Rodgers was offering the greatest statistical game for a Green Bay Packers quarterback in history Sunday, the Raiders lost faith in Gareon Conley.

That faith was powerful in the beginning, a belief that the cornerback drafted No. 24 overall in 2017 was a risk only in the eyes of those outside the organization. The team was confident Conley would prove the doubters wrong.

He’ll have to do so elsewhere now.

Conley was traded to Houston on Monday for a third-round pick in the 2020 draft, and we are again reminded how the Raiders are being built in advance of heading to Las Vegas next year.

Which means if Jon Gruden won’t trade his firstborn child for more draft picks, I’d be a little nervous as a first cousin.

Conley was a Reggie McKenzie draft pick in more ways than merely being selected out of Ohio State by the former general manager.

There wasn’t much fire to Conley, a personality trait that seemed to define McKenzie, at least outwardly. Some close to the team suggested Monday that Conley will be as noticeable to the Raiders in the Texans locker room as he was in Oakland’s. Which means, when it was time to rally the troops, nobody looked for Conley to stand up and lead the charge.

He was also not a foundation piece Gruden as coach and Mike Mayock as general manager wanted to build upon, much like most players who arrived before the new regime.

Consider: Of the first-round picks McKenzie made between 2014-17, only safety Karl Joseph (2016) remains on the roster. Joseph also didn’t have a fifth-year option picked up and can become a free agent at season’s end, meaning Gruden and Mayock have sent a clear message about not yet totally believing in the player’s long-term value.

And this: Of the current 53-man roster, only nine players were Raiders before Gruden returned.

“Say whatever you want,” Gruden said. “We didn’t want to trade Mack. I’ve said that 100 times. Consequences sometimes are what they are. We’re building our football team … Everybody has their own opinion, but we feel like we’re doing what’s best for our team. Period.”

What they’re doing is putting faith in those Gruden has had control over landing via the draft or free agency, whether it be him working with McKenzie in 2018 or now Mayock.

Makes sense. Folks are almost always more comfortable with players they evaluated and signed rather than those they inherited.

It means rookie Trayvon Mullen (second round out of Clemson) will get the first opportunity at filling Conley’s spot and that rookie Isaiah Johnson (fourth round out of Houston) will receive a long look once back from injury.

It means the Raiders on Monday moved on from a former first-round pick who they drafted while police investigated allegations of a woman accusing Conley of rape in a Cleveland hotel room, of which no charges were filed; a player who missed all but two games his rookie year with injury and yet was considered vastly improved near the end of 2018, when he had the third-highest forced incompletion rate in the NFL; a player who had started all six games this season.

This was Gruden on Conley following a 2018 minicamp: “His confidence has grown tremendously. It has been a dark world that he has been in, this young man. He had an injury he needed to rehab from, a change of coaches, a new system to learn. It has been slow and steady, but, man, is he a good player. When he’s feeling good, you see why he was a (first-round) pick.”

This was Gruden on Monday: “I think (Conley) is a good player. I’m not going to get into any of it other than that. I think he’s a good, young player. We drafted two young corners to play also … We want to give them an opportunity, like a lot of other young players at other positions.”

That’s all this is, really. The entire defense stunk against Rodgers and the Packers. Conley was particularly bad, so perhaps it was a final straw to an inertial sense regarding his worth.

Mostly, though, it’s a continuing trend.

But for some obvious exceptions, if you’re not their guy, you will, sooner or later, be elsewhere.

A previous version of this story incorrectly stated a number of first-round draft picks.