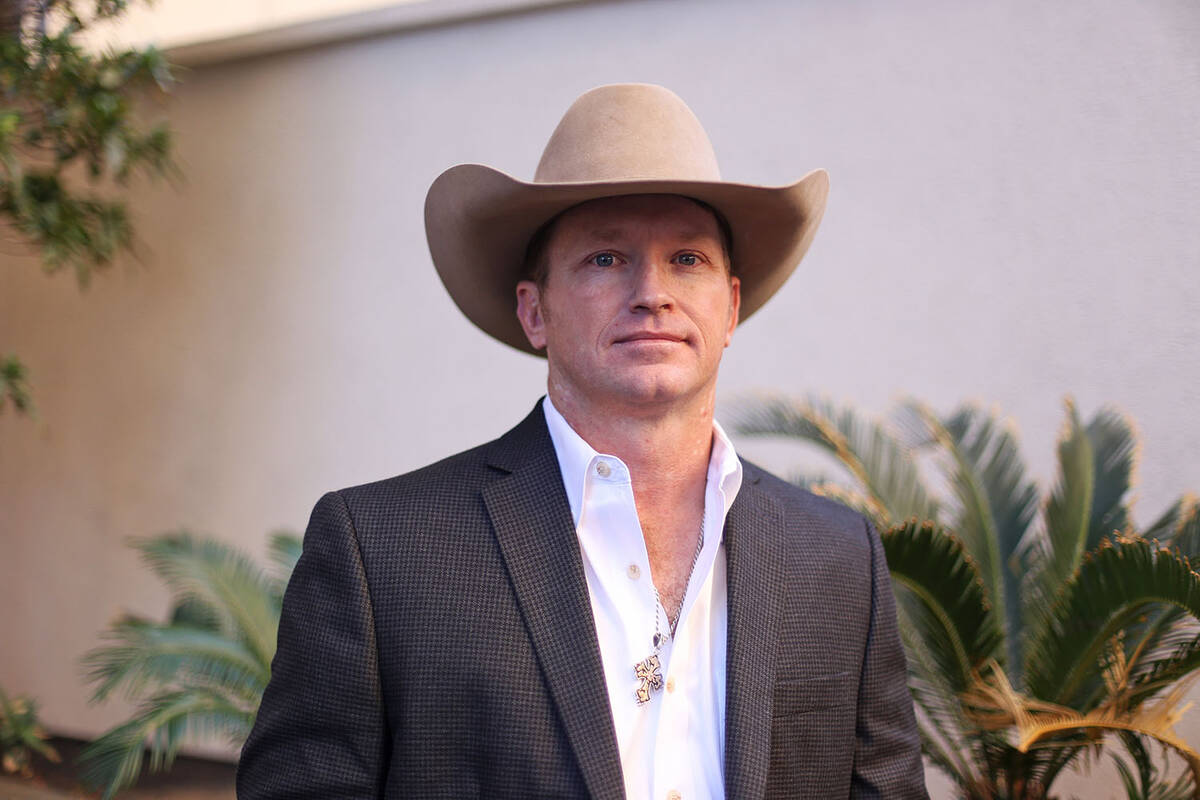 Joey Sonnier outside Harrah's in Las Vegas, Tuesday, Dec. 4, 2018. At 39, he made his first NFR in saddle bronc riding after battling years of drug addiction and coming clean in 2013. Rachel Aston Las Vegas Review-Journal @rookie__rae 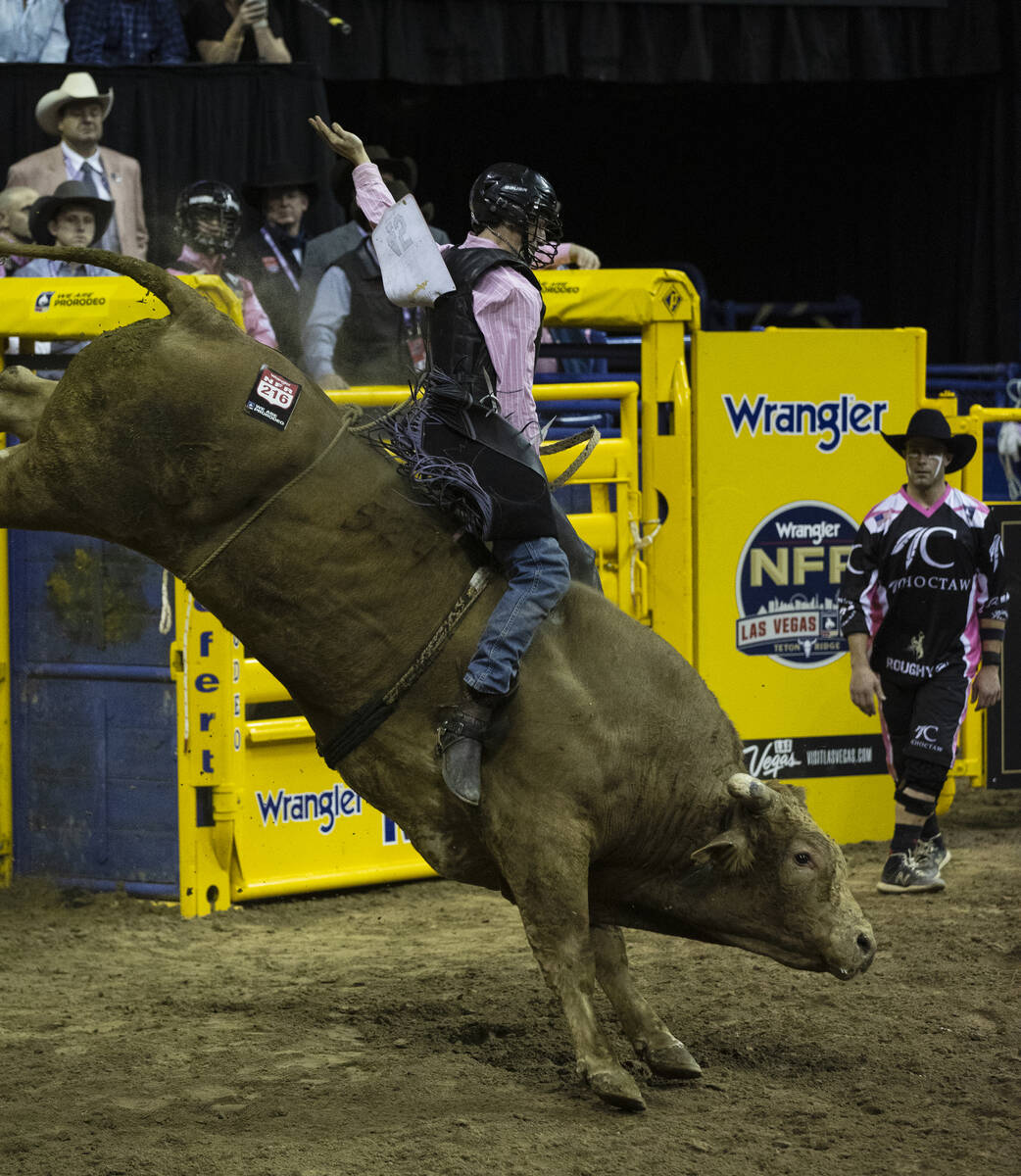 Creek Young of Rogersville, Mont., rides CliffHanger during the fifth round of the Wrangler National Finals Rodeo at the Thomas & Mack Center on Monday, Dec. 6, 2021, in Las Vegas. (Bizuayehu Tesfaye/Las Vegas Review-Journal) @bizutesfaye 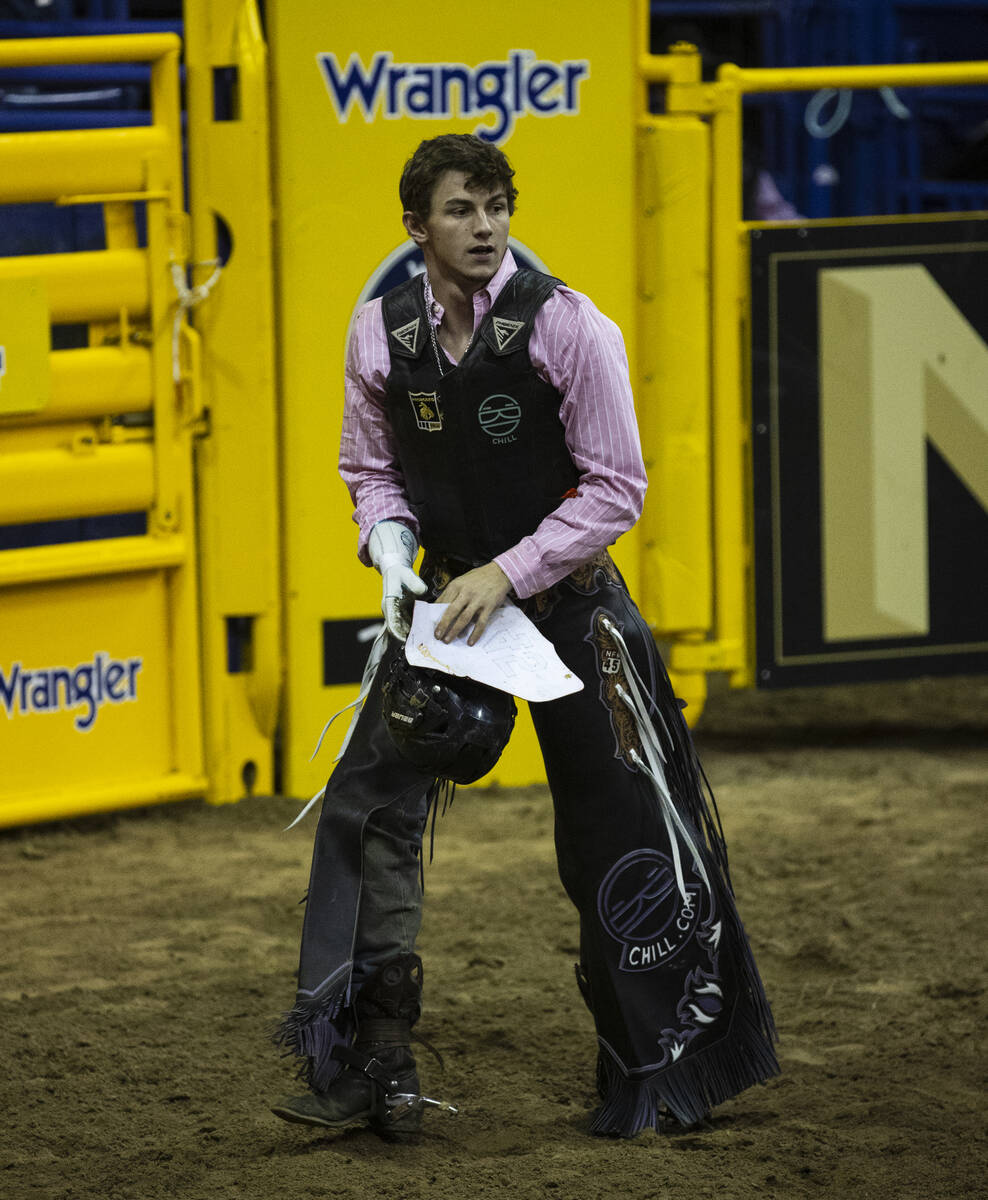 Creek Young of Rogersville, Mont., after being thrown from CliffHanger during the fifth round of the Wrangler National Finals Rodeo at the Thomas & Mack Center on Monday, Dec. 6, 2021, in Las Vegas. (Bizuayehu Tesfaye/Las Vegas Review-Journal) @bizutesfaye

I’ll never forget writing about Joey Sonnier, the cowboy from Louisiana who fought more demons in a decade than most people fight over a lifetime. He had qualified for his first National Finals Rodeo in December 2018 at age 39.

A saddle bronc competitor who was a testament to his faith and the strength of a family that never gave up on him as he so often wanted to himself.

Sonnier began using meth at 19 as a way to stay awake between rodeos while driving dark back roads. And like a good saddle might when the horse is bucking and the rider is holding on with one hand while not touching the animal with his other for all of eight long, exasperating seconds, well, now, it just stuck.

He was honest and insightful back then because that’s the cowboy way.

Sports writers often rank which athletes are the most approachable and affable and willing to share their ideas and opinions. If you ever attended the NFR in Las Vegas and heard the tales of those competing, you know which ones would be runaway winners in such a poll.

Susan Kanode has covered rodeo for more than 35 years, having earned degrees in agriculture and journalism from Colorado State. She knows more about bull riders and and steer wrestlers than most alive.

Her take on why cowboys are so welcoming: That while rodeo is a sport of individual events, it is a life of competitors helping each other off the dirt. That it dates to the old ranching and farming days, where neighbors would gather when assistance of any sort was needed.

“It leads to an openness of communication,” Kanode said. “There is a desire to share their stories, a kindness and respect in this industry that might lack in other sports. They’re glad to talk. They also share every aspect of their lives because they know there’s a certain amount of responsibility that comes with competing at a professional level.”

Said Michael Mack of Las Vegas Events: “The cowboys are great to work with. It’s a tough life, a tough job — the sacrifices they make chasing their dream of (making the NFR). They’re so appreciative of the opportunities they have. They appreciate the journey. They’re humble and they know it’s not an easy life. But that’s their main love.”

He entered as the Resistol Rookie of the Year.

Reaching the NFR was a primary goal when beginning the season, what he wanted, what he planned for most. He didn’t have much success to start before winning his first rodeo. Then one victory became two and two became three and he totaled nine before arriving in Las Vegas.

“When he was little, he’d ask very deep questions. He was like an old man in a young man’s body,” his aunt, Michelle Porter, told the Rodeo News. “He loves his quiet time and is contemplated and focused. He has a strong moral compass and has this wisdom about him that’s like an old man. It’s impressive.”

The next obvious question: How good can Young be?

Bull riding is not for the faint of heart or weak of back. It’s hardly a career based on longevity.

If you get 10 professional seasons under your Bauer helmet and make a decent living, you’re far ahead of most. Young already seems on such a path.

I’ll never forget all the cowboys over the years of covering the NFR. There aren’t many better stories in sports than the ones they impart.