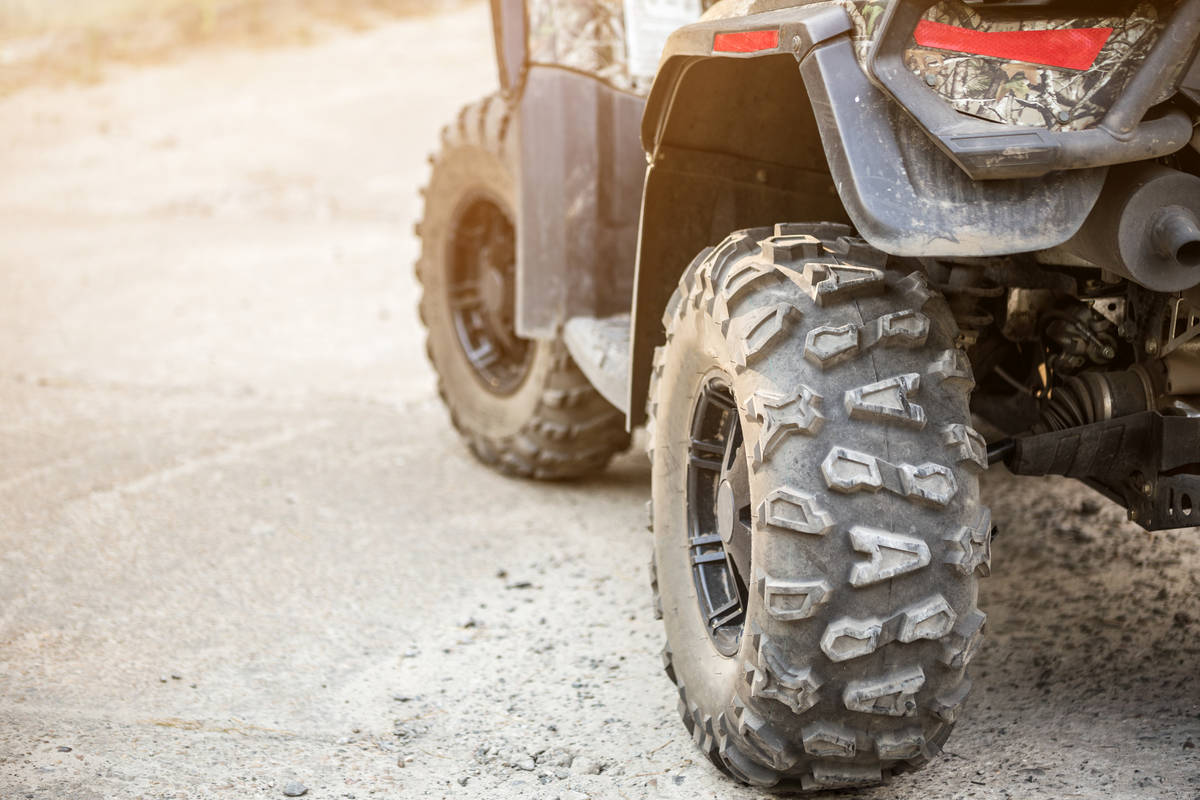 In the years since the first four-wheeler rolled out the showroom floor, Nevada has seen a steady increase in the number of off-highway vehicles in its back country. The agile machines quickly grew in popularity among hunters.

They make it easier to traverse the state’s rough roads and significantly reduce wear and tear on full-size vehicles. Not to mention their drivers and passengers.

Then came the two- and four-passenger versions commonly referred to as side-by-sides. These machines are not only agile and quick but also haul more people and gear than their predecessors. They also can travel a lot farther on a gallon of gas than a pickup truck. When used properly, ATVs have proven to be an effective tool that can save hunters both time and money.

However, as with all of man’s inventions, ATVs also come with potential downsides. Downsides that probably have more to do with the operator than the machine itself.

As ATVs have grown in popularity, hunters have become somewhat seat dependent. Rather than using their ATV to travel from camp to their predetermined hunting location and then going for a walk, many hunters simply stay in the seat and drive around. While that is a good way to see lots of country and can sometimes produce the chance to fill one’s tag, a steady diet of road hunting rarely yields the desired result.

During one of my first deer patrols as a game warden, I was working with an experienced officer who was showing me the ropes. A hunter on a four-wheeler flagged us down and asked where all the deer were hiding. He then explained that he had put over 300 miles on his machine during the three days he had been hunting.

My partner suggested that he get off the seat and burn some boot leather.

The bottom line is that machines make noise, no matter how quiet they may seem to us. More importantly, they make noise big-game animals are generally not used to hearing or equate with unwanted visitors. I have witnessed deer and elk show virtually no reaction to a rancher’s truck they hear on a regular basis and then clear out of the country when they hear an ATV a few minutes later.

ATVs also can be the source of conflicts between hunters in the field. Imagine hiking cross-country in the dark so you can be in your chosen spot when the sun rises on opening morning only to have someone on a four-wheeler drive across that same country and spook everything out.

One hunter sent this report to the folks at Backcountry Hunters Anglers. “ATV usage has interrupted or spoiled numerous hunts for me in the last few years. I have made a continuous effort to seek out closed roads and secluded areas to hunt in order to find mature game and reduced hunting pressure only to be interrupted by ATVs that have built trails around gates or even had the audacity to build a stand-alone trail in the woods.”

A Bureau of Land Management ranger once told me that hunters punched more than 50 miles of new roads into remote corners of a mountain range during a single archery deer season. He also said that is one of the activities that lead other user groups to push for restrictive regulations.

All it takes is one ATV track to begin the road-building process. Other curious riders will follow the track to see where it goes and soon a new route is created. Cross-country travel on meadows and other sensitive areas can create significant damage to critical habitats.

Staying on existing roads and trails while being mindful of your impact on other users can go a long way toward ensuring everybody has a good outdoor experience.