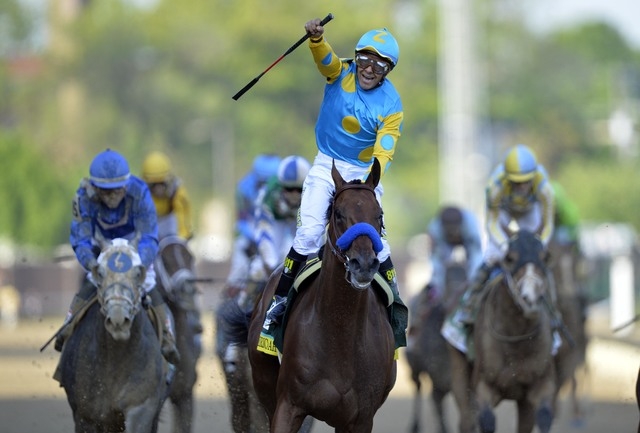 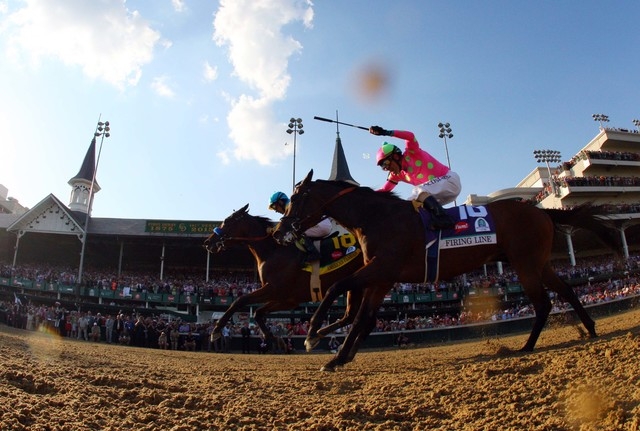 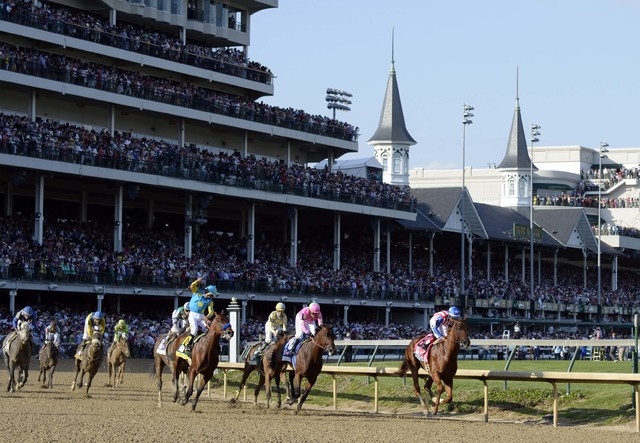 Stage one is done in the journey of grasping horse racing’s Holy Grail, the Triple Crown. American Pharoah won the Kentucky Derby in what I saw as a workmanlike effort.

That’s not meant as a knock. Others have said American Pharoah is another Seattle Slew. But winning the Derby is one of the hardest things to do in all of sports. Winning the Triple Crown has been near impossible.

In our game, you don’t get paid for style points. Get to the wire first is all that’s asked for and American Pharoah did just that.

I think I am in the minority for not yet anointing this 3-year-old crop as a great one. I’m old school. I want to see how they do facing their elders in the fall.

You can tell me all you want about how fast they ran this spring. But until they face the white heat of talented older horses, I’ll reserve judgment.

Trainer Bob Baffert won his fourth Kentucky Derby with American Pharoah. He has been down this road before trying to also win the Preakness and Belmont Stakes and write history.

Silver Charm and Real Quiet came up feet and inches short in their Belmonts. War Emblem never had a shot in his after stumbling badly at the start.

For trying to break a 36-year jinx of no Triple Crown horses since Affirmed in 1978, Baffert would be my first and only trainer choice for the job.

The Preakness is usually made up of a third of the Derby field plus a few Triple Crown newcomers. It appears at least the top three Derby horses are in: American Pharoah, Firing Line and Dortmund.

I am surprised that Dortmund, who is also trained by Baffert, is running. He has a different owner than American Pharoah, but I believe he has a real chance to upset his stablemate.

A worst-case scenario would be if American Pharoah won the Derby, lost the Preakness to Dortmund, and then won the Belmont. It could happen.

The vote for worst trip in the Derby goes to Materiality. He is on the bubble for the Preakness, but he’ll be the wiseguy horse if he goes. He was last at the start and played catch-up throughout. He flew past horses late to finish sixth.

Derby runner-up Firing Line is no slouch, either. He ran a very good race in the Derby. It would not be any stretch to see him turn the tables on the two Baffert colts in Baltimore.

Most real horse racing fans will want American Pharoah to win the Preakness. The electricity for a Belmont Stakes with a Triple Crown on the line is off the charts.

However, it is wishful thinking and putting the cart in front of the horse. American Pharoah will be a short-priced favorite to win the Preakness. But it’s been proven time and again that nothing is a given in horse racing. It has to be earned.

■ PREAKNESS SEMINAR — The South Point will host a Preakness seminar at 5 p.m. on May 15. It will feature John Kelly of eog.com, Ralph Siraco of radio show “Race Day Las Vegas” and Patrick McQuiggan of cashiersline.com and the house handicapper for the South Point.

Richard Eng’s horse racing column is published Friday in the Las Vegas Review-Journal. He can be reached at rich_eng@hotmail.com. Follow him on Twitter: @richeng4propick