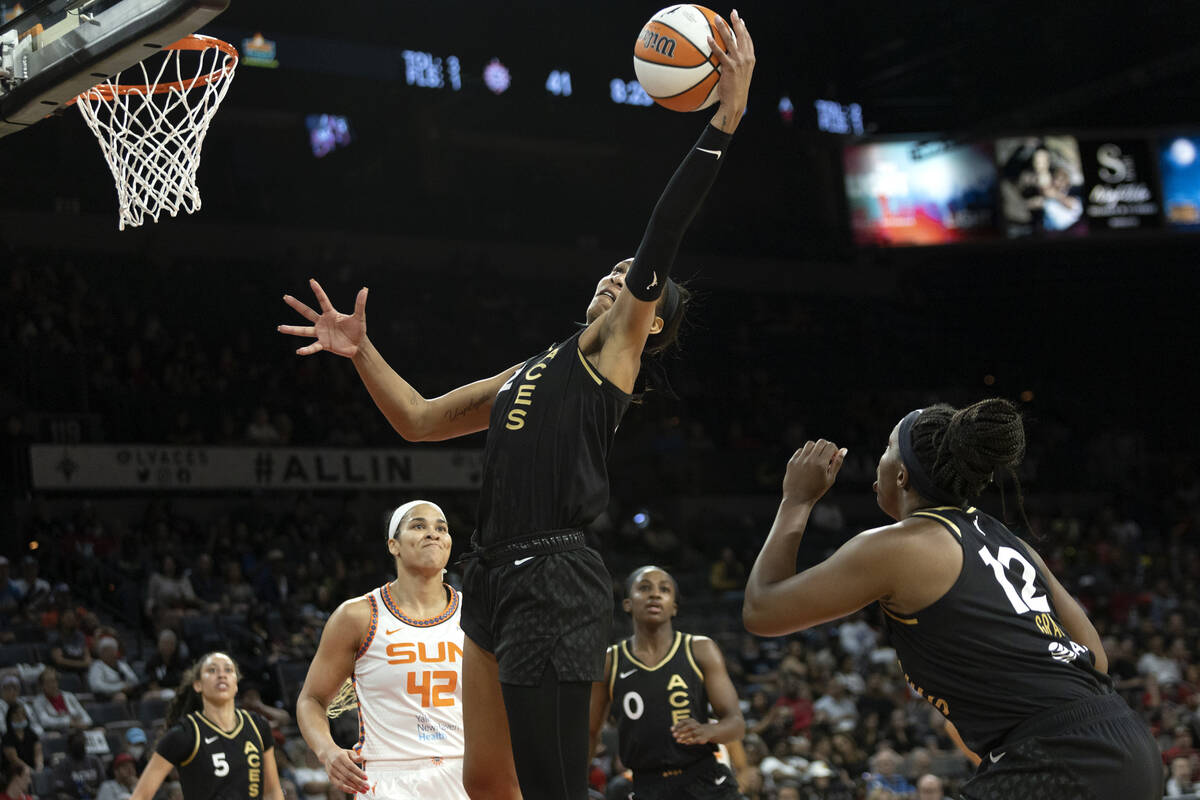 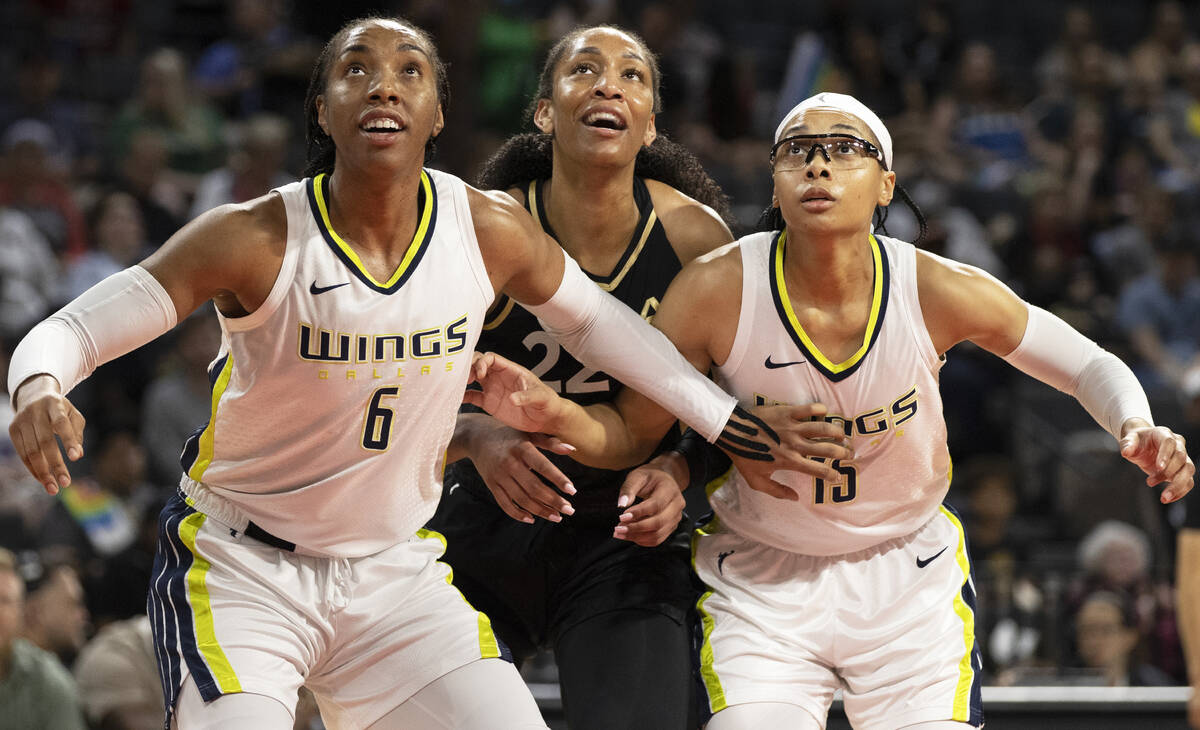 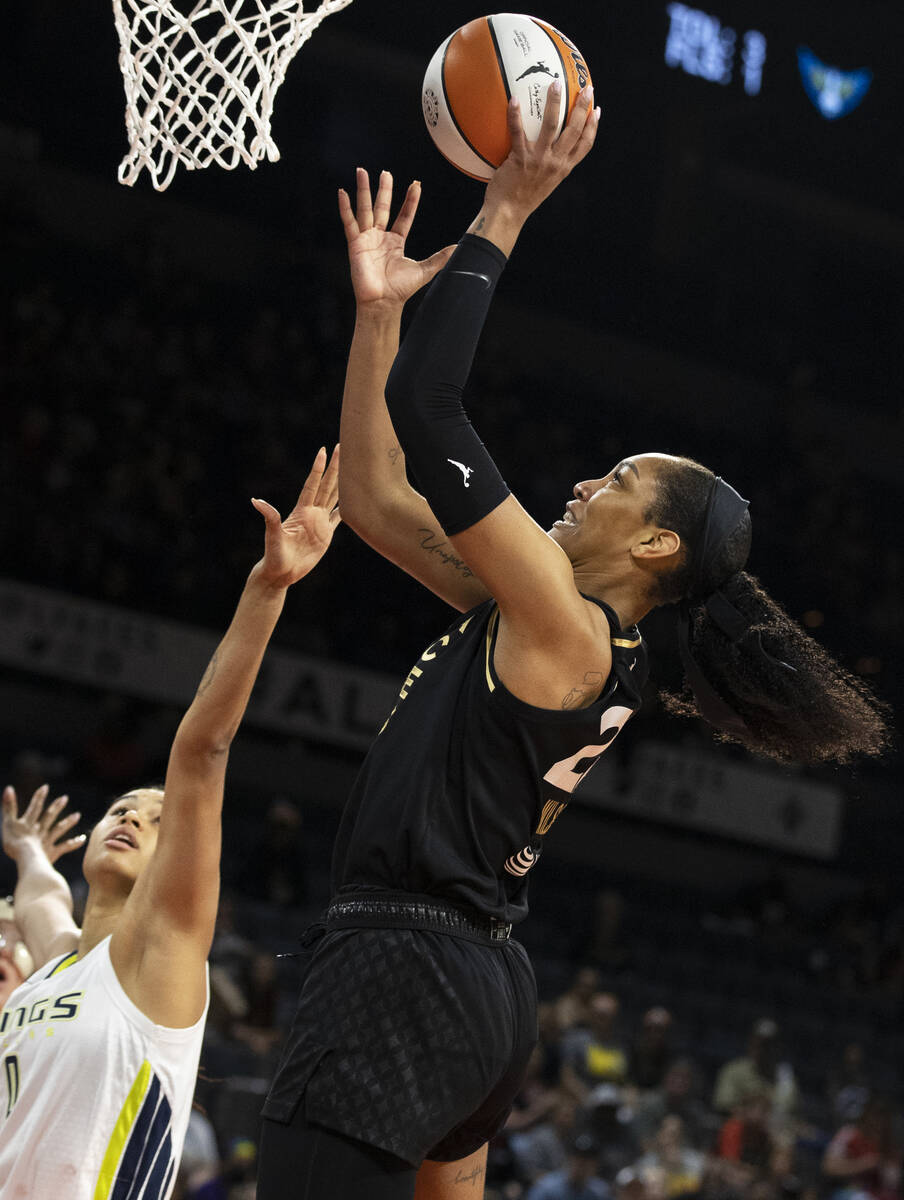 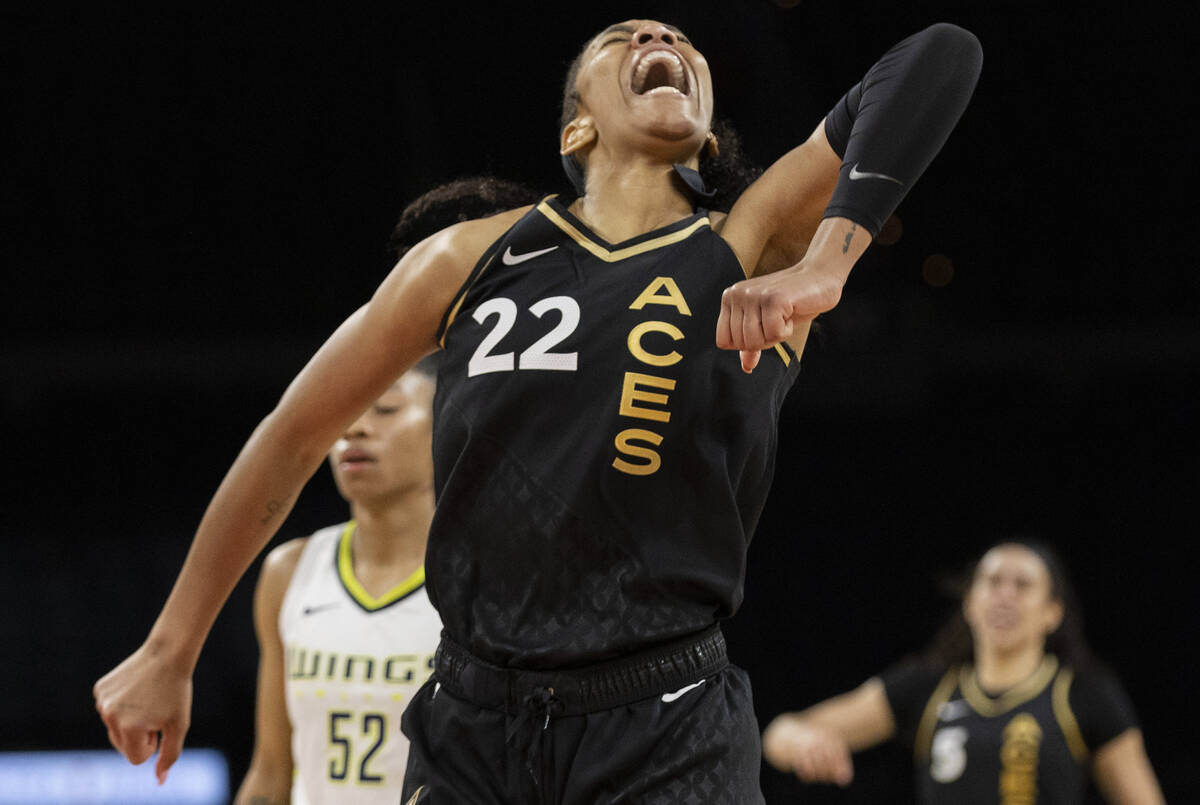 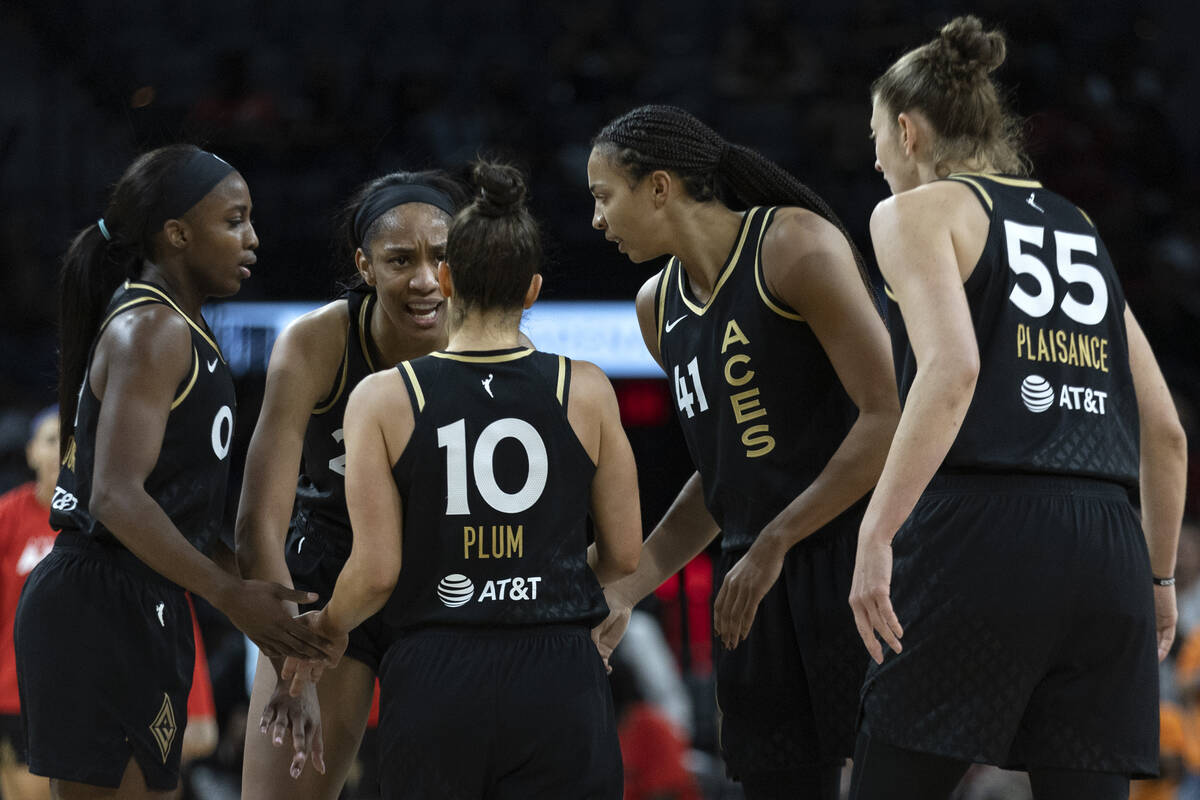 That means she probably doesn’t care about the dialogue her coach initiated Saturday. Or the subsequent contents of this particular column, either.

“She should be in every conversation. For MVP. Everything,” Becky Hammon declared hours before Wilson dominated and demoralized the Los Angeles Sparks with 35 points, 11 rebounds and four blocks.

“She’s involved in every play, offensively and defensively. There’s no way to really calculate her value to the team and her impact on a game.”

Allow me to try, anyway.

Wilson is staring down her second MVP because she’s so singularly focused on the one thing missing from her increasingly impeccable resume, a WNBA championship.

Her Aces (11-2) are a buzzsaw entering Wednesday’s 10 a.m. game at Dallas, leading the league in net rating (+12.8 points per 100 possessions) and winning eight times by 11 points or more with a new starting lineup and new offensive and defensive systems maximized by her brilliance.

“Everybody on this team is a threat,” teammate Dearica Hamby said. “But people still gameplan around how to stop A’ja Wilson.”

To Hamby’s point, the Aces boast a starting lineup that should be featured in the All-Star game this summer. The eighth-year forward is having a career year under Hammon. As are former No. 1 overall picks and burgeoning stars Kelsey Plum and Jackie Young. Veteran point guard Chelsea Gray steadies the operation with her prototypical poise and efficiency, and all four warrant All-WNBA consideration.

But the operation revolves around Wilson, whose shift from power forward to center has unlocked the league’s most lethal lineup.

Sans another traditional post player beside her, Wilson often guards bigger players while serving as one of the WNBA’s top rim protectors. She’s averaging a career-high 2.4 blocks per game, allowing her teammates to funnel drives in her direction — knowing she’ll affect or alter shots.

“It’s my assignment,” said Wilson, who doubles as the Defensive Player of the Year frontrunner. “I have to make sure my teammates know I’m there.”

Her mobility allows Hammon to employ a more aggressive scheme, knowing her center is mobile enough to guard on the perimeter and recover to contest shots near the basket.

She’s averaging a career-high 9.9 rebounds to fortify the league’s best rebounding team (37.2 per game) and ignite its most explosive offense (111 points per 100 possessions).

Wilson averages 17.5 points on career-high 49.1 percent shooting despite fewer postups and isolation opportunities. Hammon’s spread offense provides structured freedom to her guards and can call for Wilson to space out to the 3-point line to open the lane.

As a result she cedes touches and shots to Plum and Young, who are shooting more this season — and more efficiently — than before. Wilson led the Aces in shot attempts per game during her first four seasons, but was actually third on the team in shots until Saturday’s matchup called for more aggression.

Therein lies the essence of her greatness and value.

At 25, she doesn’t care about being a statistical superstar. Saturday’s game called for domination, but if another one calls for her to shelve her shot to screen, roll and rebound instead, fine by her.

She’s a teammate whose team is 33.9 points per 100 possessions better when she’s on the floor. A teammate who left money on the table while extending her contract so the Aces can properly pay her teammates. And a teammate who values the relationships basketball brings her far more than the accolades she’ll continue to earn.

“The money, the accolades, the acknowledgment, all of that will come with winning and she understands that,” Hammon said.

“Her approach, her professionalism, her care for her teammates, she just has it all.”

Wilson should have another MVP — if the Aces continue winning.

And the winning is all that matters to her.