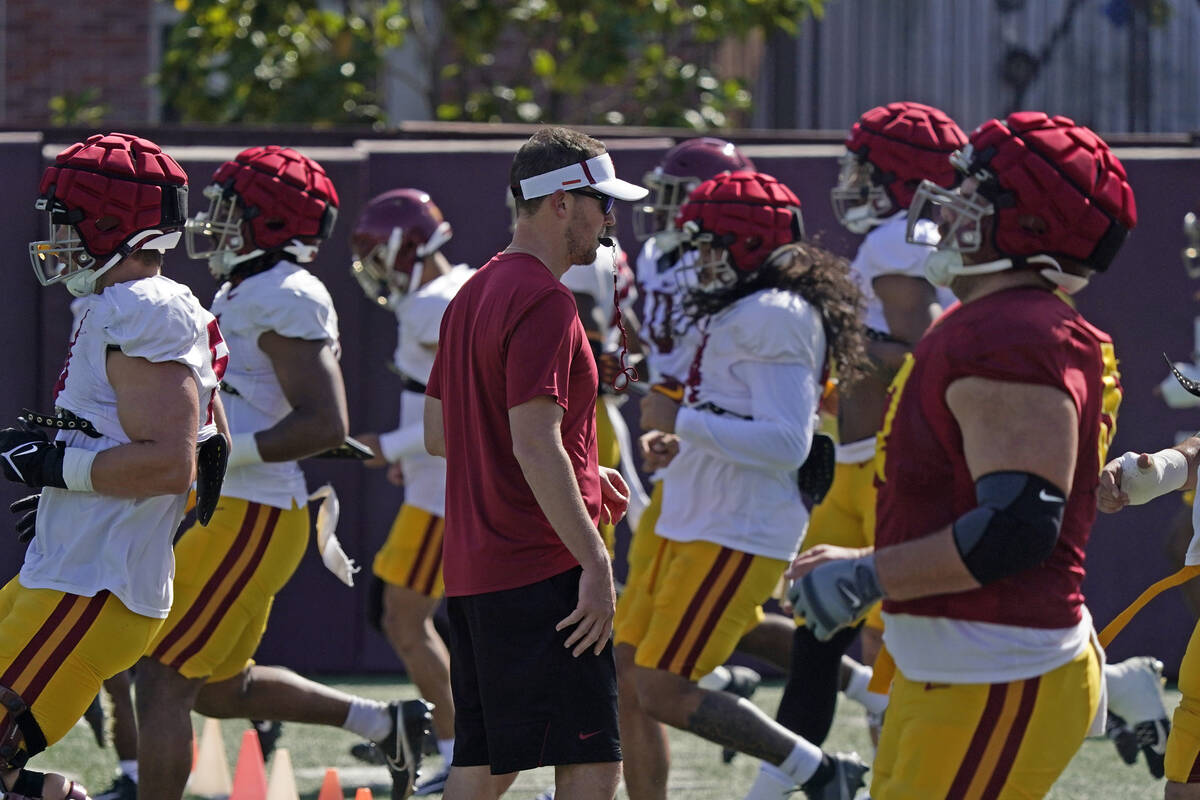 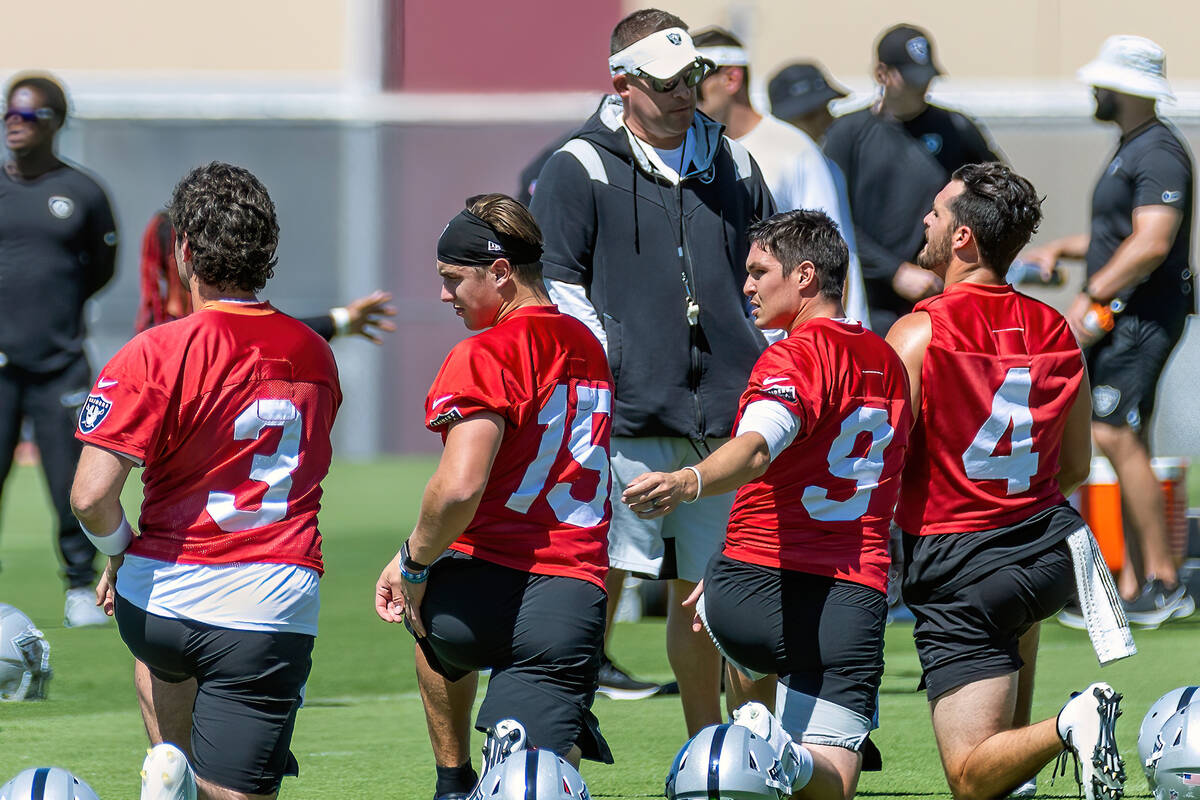 (Clockwise from top) Raiders head coach Josh McDaniels chairs with quarterback Derek Carr (4) as he and other quarterbacks Nick Mullens (9), Chase Garbers (15) and Jarrett Stidham (3) stretch during practice at the Raiders headquarters within the Intermountain Healthcare Performance Center on Thursday, May 26, 2022, in Henderson. (L.E. Baskow/Las Vegas Review-Journal) @Left_Eye_Images

Southern California and the Raiders both made blockbuster offseason moves that gave their fans and backers great expectations for next season.

Which of the teams that shared the Los Angeles Coliseum for 13 years (1982-94) will win more games? You can bet on that prop at Caesars Sportsbook, which made 10 regular-season win total head-to-head matchups between NFL and college football teams.

“We’re trying to come up with something fun, exciting and gives people something to talk about it,” Caesars college football senior trader Ray Kluever said. “Many of these are geographically based so we can intrigue people in certain areas of the country.

“We have such a big L.A. following that comes to Vegas on a regular basis,” Kluever said. “I thought it was a perfect matchup to put USC, with all their hype ahead of Lincoln Riley’s first season, with the Raiders getting Davante Adams and Josh McDaniels coming to town.

“When we released these, there was no doubt in my mind that this matchup will be the one that’s the most heavily bet. It’s interesting to me that it’s been heavily bet on USC so far. I’m not on the hype train there and the Raiders look to be much improved.”

The Trojans’ win total is 9 at Circa Sports.

“The question with them is can they stop anybody on defense,” Circa sportsbook director Matt Metcalf said.

“The first matchup idea that I came up with and solidified was Tom Brady vs. Nick Saban,” Kluever said.

In a matchup of the defending Super Bowl and college football national champions, Georgia is a -125 favorite over the Rams (+105). The Bulldogs’ win total is 11½ while LA’s is 10½.

The Chiefs are -125 favorites over Ohio State (+105), though the Buckeyes have a higher win total (11) than Kansas City (10½). The Chiefs also have the NFL’s most difficult schedule based on opponents’ win totals.

The Patriots and Notre Dame are each -110, though the Fighting Irish have a higher win total (9) than New England (8½).