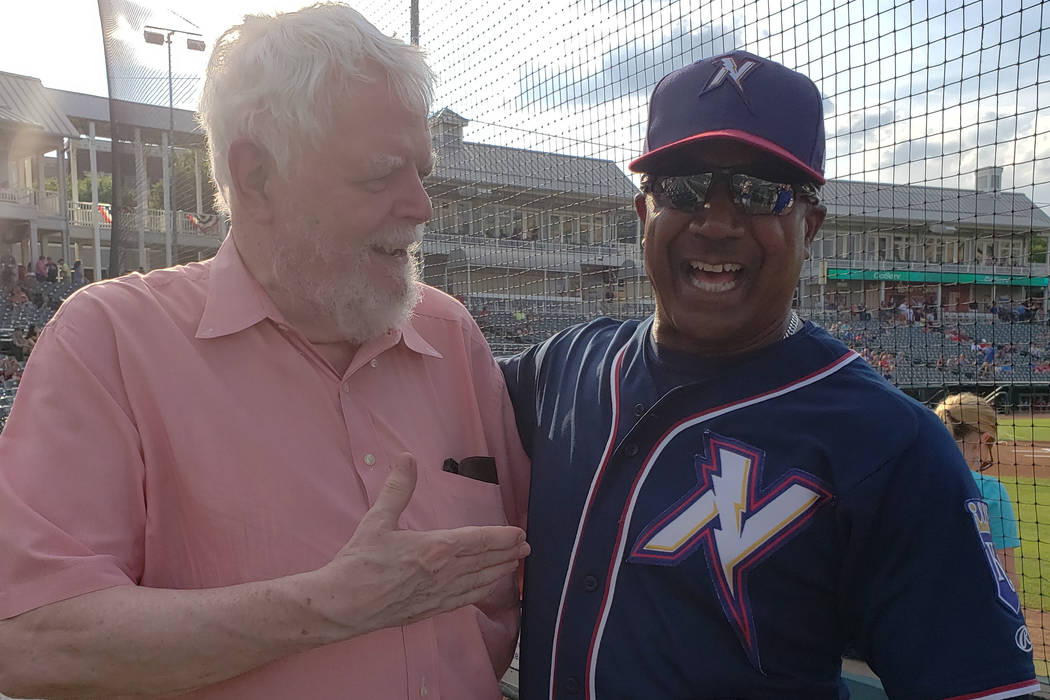 Thirty years ago, Bob Hamman was on the hook for $1 million if Nolan Ryan threw a no-hitter in his first season with the Texas Rangers.

Hamman, 80, founded Dallas-based SCA Promotions in 1986. In 1989, the risk management company reached a deal with Best Western hotels and American Express travel service to cover a $1 million donation to Little League Baseball if Ryan, then 42, tossed a no-hitter.

“My assessment was that no pitcher over 40 had ever pitched a no-hitter (in the modern era), Ryan hadn’t pitched one in eight years, and he was going from the air-conditioned comfort of the (Houston) Astrodome to Arlington Stadium, where in the summer it gets really hot,” Hamman said. “I thought if he made it out of the spring, going nine innings in the heat seemed to be a rather daunting deal. So we thought the risk was quite minimal, and we made a deal.”

It didn’t take long for “The Ryan Express” to put the heat on Hamman, who was presented a lifetime achievement award at Wednesday’s 16th annual Casino Marketing & Technology Conference at Caesars Palace.

On April 11, Ryan had a perfect game broken up in the eighth inning, and on April 23, he took a no-hitter into the ninth against the Toronto Blue Jays.

Alerted to the no-hit bid by his son, Hamman turned on the TV in time to see the leadoff batter hit a pop-up for the first out of the ninth.

“Now there are a couple guys flirting with the ‘Mendoza Line’ standing between us and having a discussion with our risk takers that will be somewhat unhappy with my judgment if the no-hitter is pitched,” Hamman said.

The next batter was Nelson Liriano, a journeyman infielder who tripled to break up the no-hitter and become Hamman’s favorite baseball player.

Liriano broke up another no-hitter in the ninth inning six days later when he drilled a pinch-hit leadoff double off California Angels pitcher Kirk McCaskill.

“About 10 years ago, I added to my baseball card collection a Nelson Liriano card,” Hamman said. “At the time, my collection was zero baseball cards. Now it’s up to one.”

In June, Hamman’s son set up a surprise meeting with Liriano at a ballpark in Texas. A bench coach with Northwest Arkansas, the Double-A affiliate of the Kansas City Royals, Liriano happily recounted his fateful hit to Hamman, telling him, “So Ryan is inhaling on the mound, and it looks like he’s coming with the fastball.”

“He guessed it,” Hamman said. “He hit a nice line drive that took us off the hook, and my risk parties were able to speak with us again.”

Hamman, a 15-time world bridge champion, said the way his business typically works is that SCA signs a contract with a sponsor to cover the cost of a potential prize and then it mitigates its own risk with insurance companies.

“Basically we are a risk mitigator,” he said. “In the insurance industry, most of their stuff is against something bad happening. In our case, it’s usually a promotional offer and the sponsor is rooting for it to happen.

“If they laid out the risk to us, now they can cheer for it to happen without having any mixed emotions.”

For the record, Ryan had another no-hitter broken up in the ninth inning Aug. 10, 1989, by the late Dave Bergman. Ryan fired his sixth career no-hitter in 1990 and his record seventh in 1991.

Hamman opened SCA Gaming for casino promotions and said he works with about 80 casinos in North America. Overall, he said his companies have paid out more than $200 million in prize coverage to its clients over the course of 120,000 promotional events. SCA has offered prize coverage of $1 billion on four promotions, but there wasn’t a winner.

The company has paid out multiple $1 million prizes, Hamman said, including one to pro golfer Ernie Els’ “Els for Autism” foundation after PGA Tour star Rickie Fowler made a hole-in-one at a 2016 pro-am event.

Hamman, who also has covered offbeat promotions on the proof of Bigfoot and of water on Mars, said he avoided a $1 million payout at the 1997 MLB All-Star Game when Mark McGwire narrowly missed hitting a sign deep in the left-field seats at Cleveland’s Jacobs Field.

“It seemed like a mile from home plate,” Hamman said. “But he hit it so hard it cleared the sign by a foot. So that saved us.”

Nothing could save Hamman from paying $50,000 on a promotion to grow a 1,000-pound pumpkin by Halloween. The winner grew one that weighed 1,050 pounds.

“This thing was the size of a small car,” he said. “Our staff ate pumpkin pie for six months.”