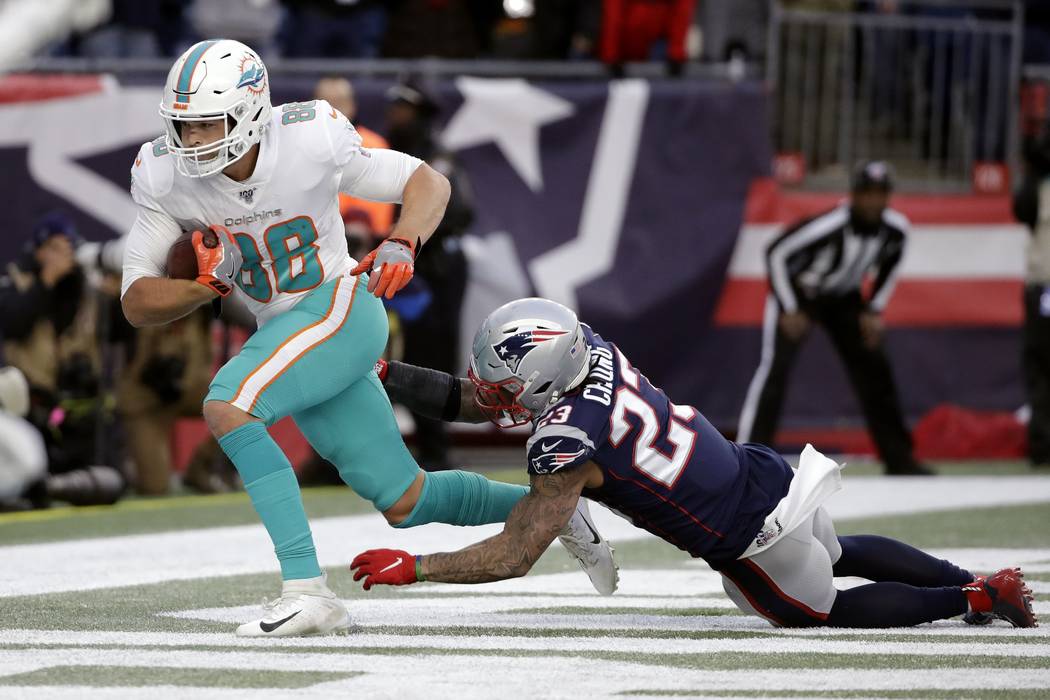 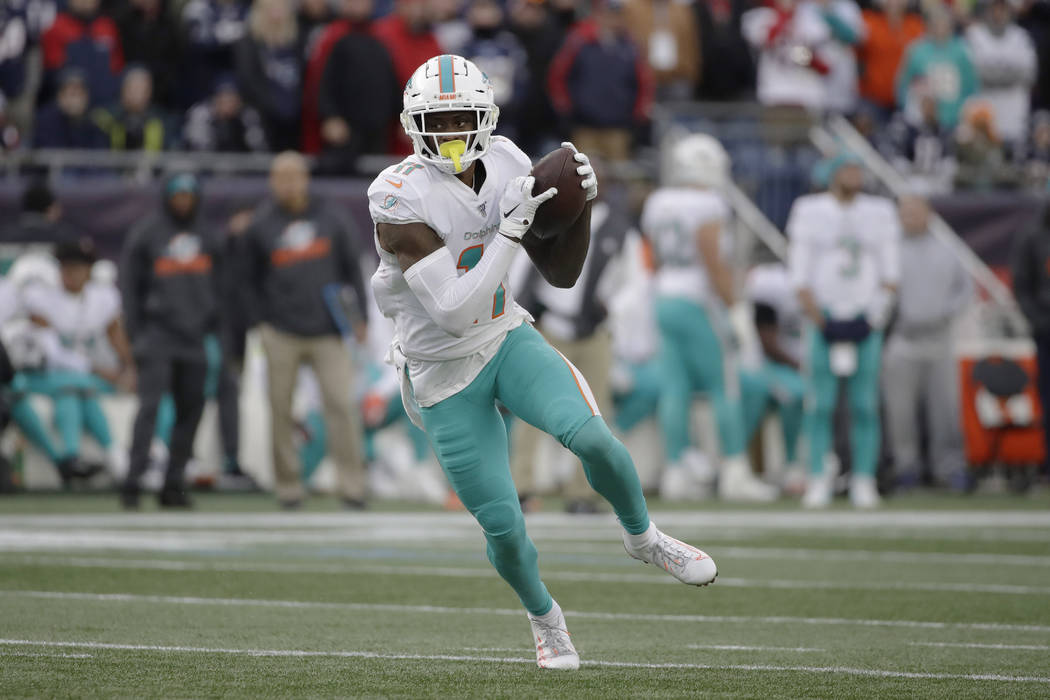 Miami Dolphins wide receiver DeVante Parker runs after catching a pass in the second half of an NFL football game against the New England Patriots, Sunday, Dec. 29, 2019, in Foxborough, Mass. (AP Photo/Elise Amendola) 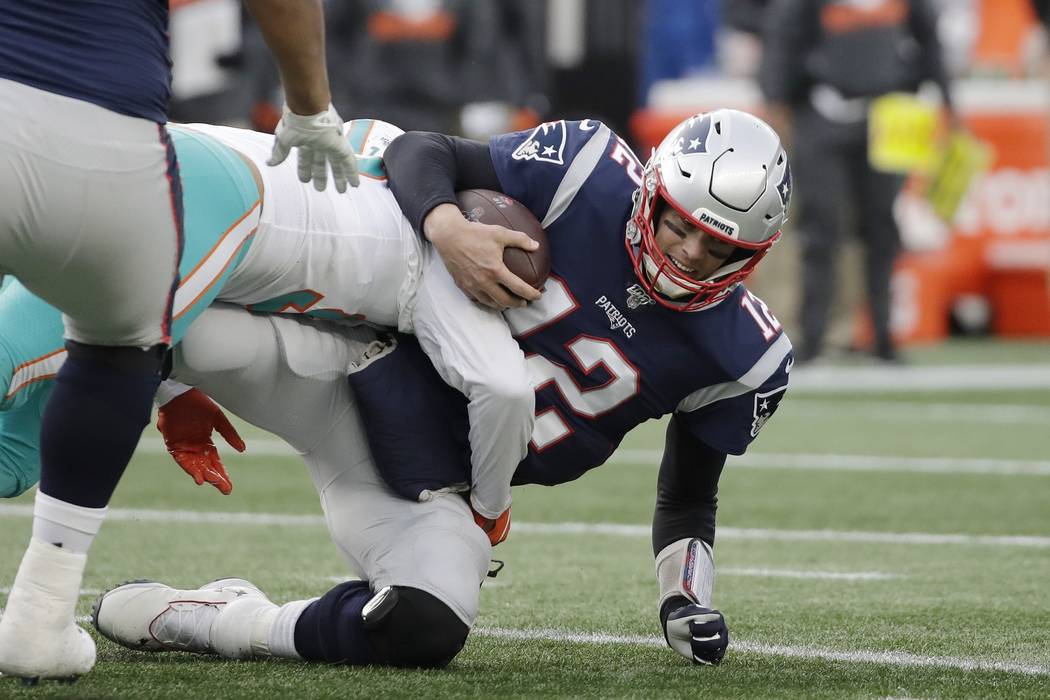 It is a riddle, wrapped in a mystery, inside an enigma.

Winston Churchill’s famous quote from World War II — later paraphrased by actor Joe Pesci in the movie “JFK” — can also apply to betting on the NFL.

How else do you explain the Dolphins’ stunning 27-24 win over the Patriots on Sunday as 17-point road underdogs in a game New England needed to clinch the AFC’s No. 2 seed?

It was the biggest upset of a season that saw the Patriots maul Miami 43-0 in Week 2 and had Las Vegas sportsbooks post props on whether New England would finish 16-0 and the Dolphins would finish 0-16.

“That was really the story of the morning for us,” The Mirage sportsbook director Jeff Stoneback said.

“What’s really disappointing, if you’re a Patriots fan, is to give up 27 points to the Dolphins at home in a meaningful game,” Westgate sportsbook vice president Jay Kornegay said. “It’s the NFL. Sometimes you just can’t explain it.”

The Chiefs capitalized on New England’s loss, earning the No. 2 seed and a first-round playoff bye by virtue of their 31-21 win over the Chargers after closing as 10-point favorites.

Here are the Westgate’s opening lines for the Wild Card playoff games:

There were several dramatic line moves in Week 17, none more so than in the Titans-Texans game. Tennessee, needing a win to clinch a playoff spot, opened as a 4½-point favorite. The line fluctuated during the week before soaring to 10 after reports that Houston quarterback Deshaun Watson and other starters would sit out.

Tennessee heads to New England having won and covered seven of 10 games behind QB Ryan Tannehill, who’s familiar with the Patriots from his days with the Dolphins.

“The Patriots are playing against arguably one of the hottest teams in the league right now,” Sunset Station sportsbook director Chuck Esposito said. “You could make a case that Tennessee could win a road game in the playoffs. They run the ball, they have a big-play wideout in A.J. Brown and Tannehill is playing phenomenal.”

The Bears closed as 5-point favorites over the Vikings (who rested QB Kirk Cousins) but didn’t cover in a 21-19 win.

The 49ers closed as 3½-point favorites over the Seahawks on Sunday night and held on for a 26-21 win, cover and the NFC’s No. 1 seed when they stopped Jacob Hollister just shy of the goal line in the final seconds.

The Raiders covered as 5-point underdogs in a 16-15 loss at Denver, but went 0-4 on the four-team money line parlay they needed to hit to make the playoffs as the Colts, Texans and Steelers also lost.

Booty Blockers went 3-2 and finished 57-25-3 to win the $1,000-entry Circa Sports Million Pro Football Contest and its $1 million first prize.