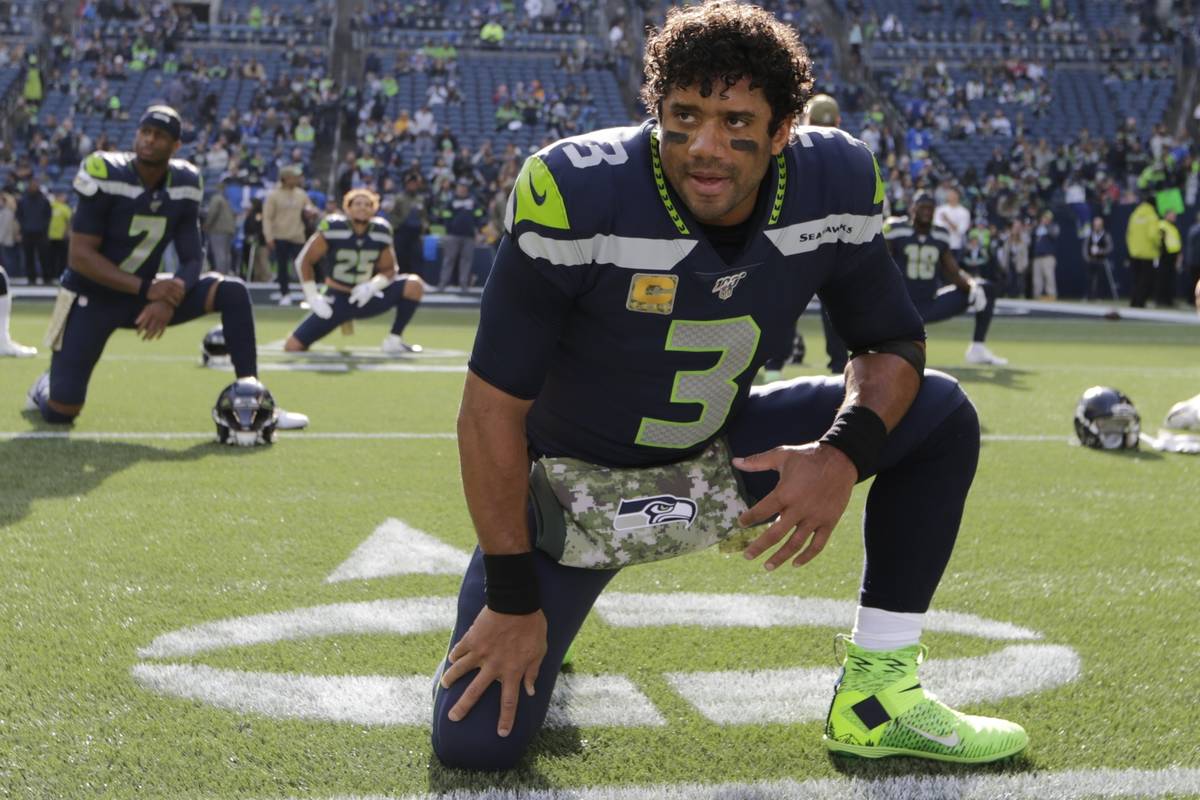 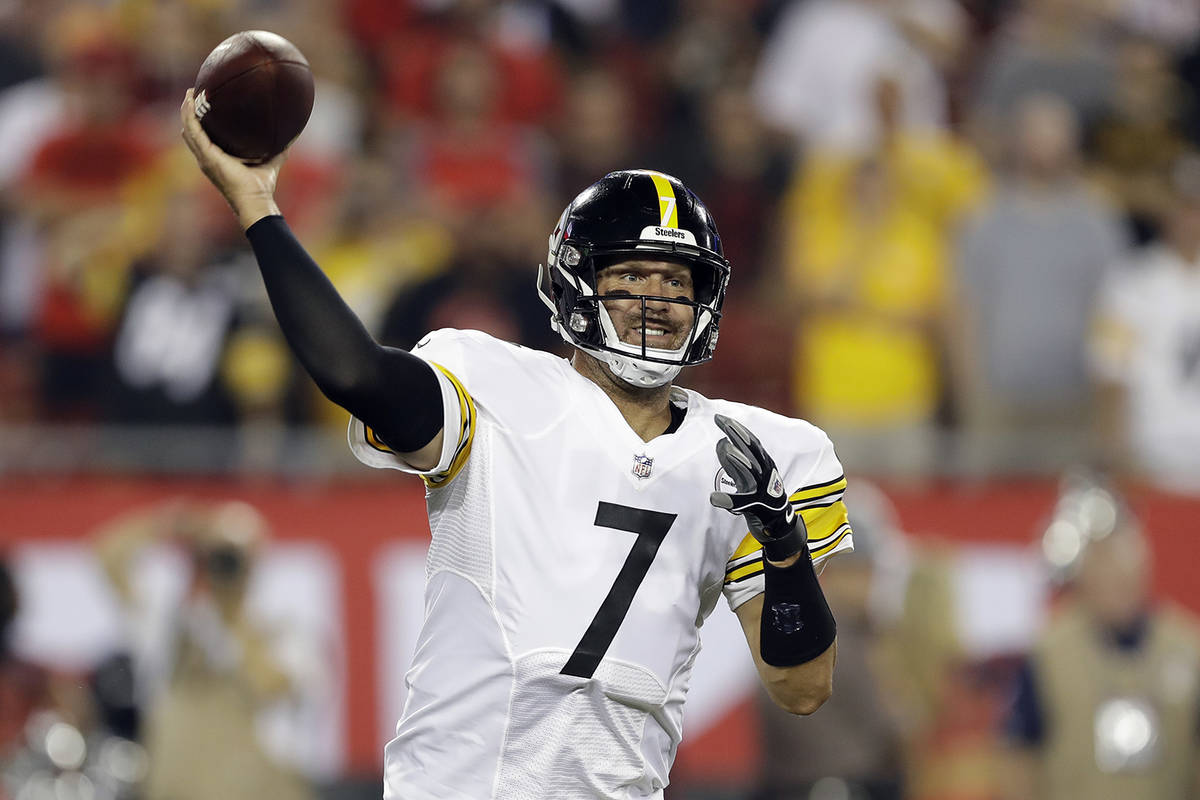 Pittsburgh Steelers quarterback Ben Roethlisberger (7) throws a pass against the Tampa Bay Buccaneers during the first half of an NFL football game Monday, Sept. 24, 2018, in Tampa, Fla. (AP Photo/Chris O'Meara) 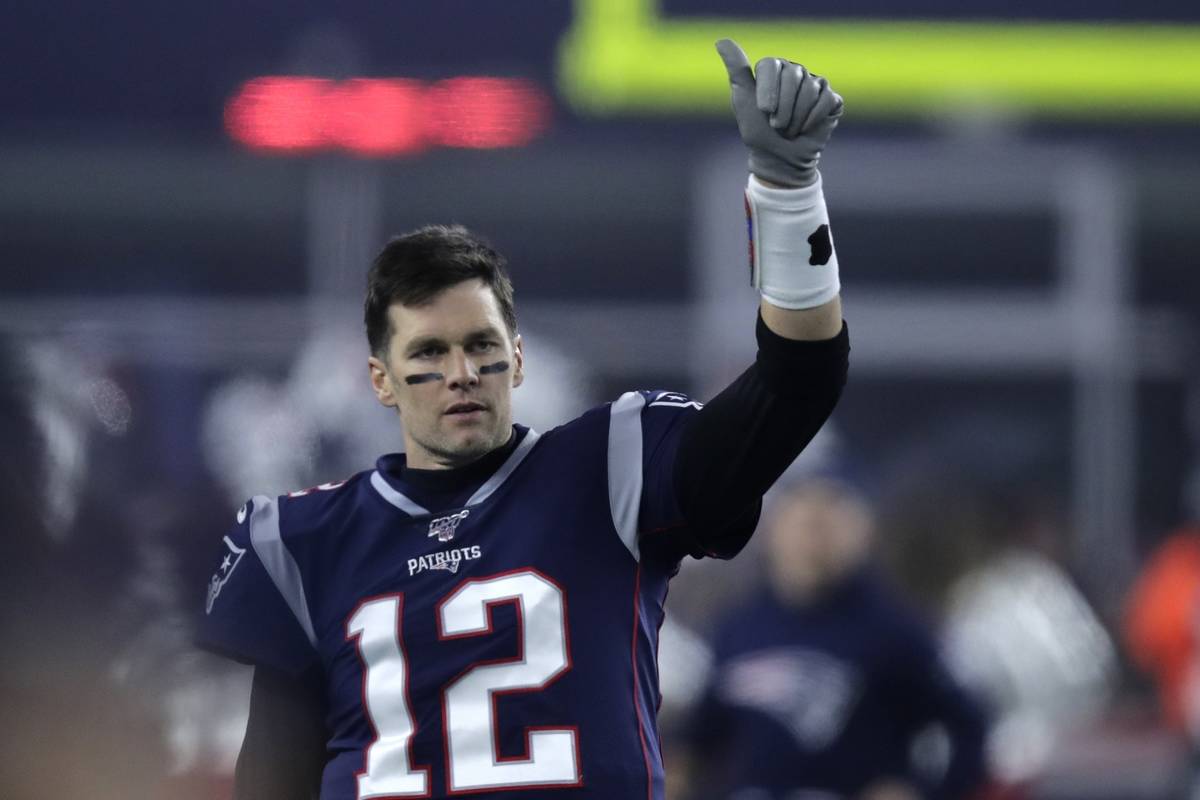 Lamar Jackson is the reigning NFL MVP, and Patrick Mahomes is the clear favorite next season to win his second such award ln three years.

But when it comes to the NFL’s most valuable quarterbacks in relation to the point spread, Jackson and Mahomes are in the middle of the pack, according to South Point sportsbook director Chris Andrews.

The longtime Nevada bookmaker made point values for all 32 starting QBs based on a one-game adjustment to the line from each team’s starter to backup.

“Gabbert is just a barely competent backup, and Geno Smith is another guy who’s barely a competent backup,” Andrews said. “The Steelers’ offense was 30th in the league last year without Big Ben. I know they had other injuries, but a lot of that falls on Mason Rudolph.

“He got hurt, but he deserved to be replaced by Duck Hodges, an undrafted rookie. They looked terrible. At this point, I don’t think (Rudolph) is a viable NFL quarterback.”

Brady turns 43 in August and is coming off one of his worst seasons, but Andrews believes he’s still got some good football left.

“I’m not sure how much to take away from last year because he really had no help,” he said. “He could be worth more than seven points over Gabbert.”

Andrews is very high on Wilson.

“I just think Russell Wilson is fantastic,” he said. “He should be in the MVP conversation every year.”

“Rodgers is still playing great football, but he didn’t look as good last year as he had in the past,” Andrews said. “I question the move up to draft Jordan Love. But if he proves worthy of that, it’s probably less than six points.

“Historically, about half of these first-round quarterbacks don’t pan out. If he’s one of those guys, Rodgers will be worth a lot more than six.”

Hail to the Chiefs

Mahomes is worth five points to the spread for Kansas City. Chad Henne is the backup.

“I got a lot of heat over that,” Andrews said. “But let’s say the Chiefs are 10-point favorites and Mahomes is out that week. Does the line go down to 2 or 3? I don’t think so. I still think they’d be a 4- or 5-point favorite because of all the other weapons on that team and Andy Reid’s history.

“He’s had a lot of success with multiple backup quarterbacks. I think the world of Mahomes, but another quarterback could come in and get decent results, too.”

Andrews assigned a value of 3½ points to Jackson, who is backed up in Baltimore by fellow Heisman Trophy winner Robert Griffin III.

“RG3 certainly has some talent. He could step in for a game,” Andrews said. “But when you get guys like that who’ve had injury problems, anything more than a game and some of his flaws would start to show.”

Raiders starter Derek Carr, worth two points to the line, is one of a dozen QBs with values of two points or fewer. Andrews said he doesn’t think much of Carr or Raiders backup Marcus Mariota.

“Carr has shown some ability but, at this point, he is what he is. He’s just a very midlevel quarterback,” he said. “I really liked Mariota coming out of college and in his first year. But he really never got any better.

“Maybe he just needed some new surroundings. He hasn’t written the last chapter of his career. He could turn it around under the right circumstance.”

Cry me a Rivers

The Colts signed Philip Rivers to replace Jacoby Brissett as their starting QB. But Andrews said the veteran is worth only two points.

“I’m not even sure he’s better than Brissett,” he said. “They think he is, but I’m not sold on that. I wouldn’t make a big adjustment if Rivers went out and Brissett stepped in.”

“I think Dak Prescott is a good quarterback, but I don’t think he’s a great quarterback,” he said. “Andy Dalton has gotten knocked a lot, but this guy won a lot of games for the Bengals.

“The Cowboys have a lot of weapons. I think Dalton would jump in and do a darn good job in place of Prescott.”