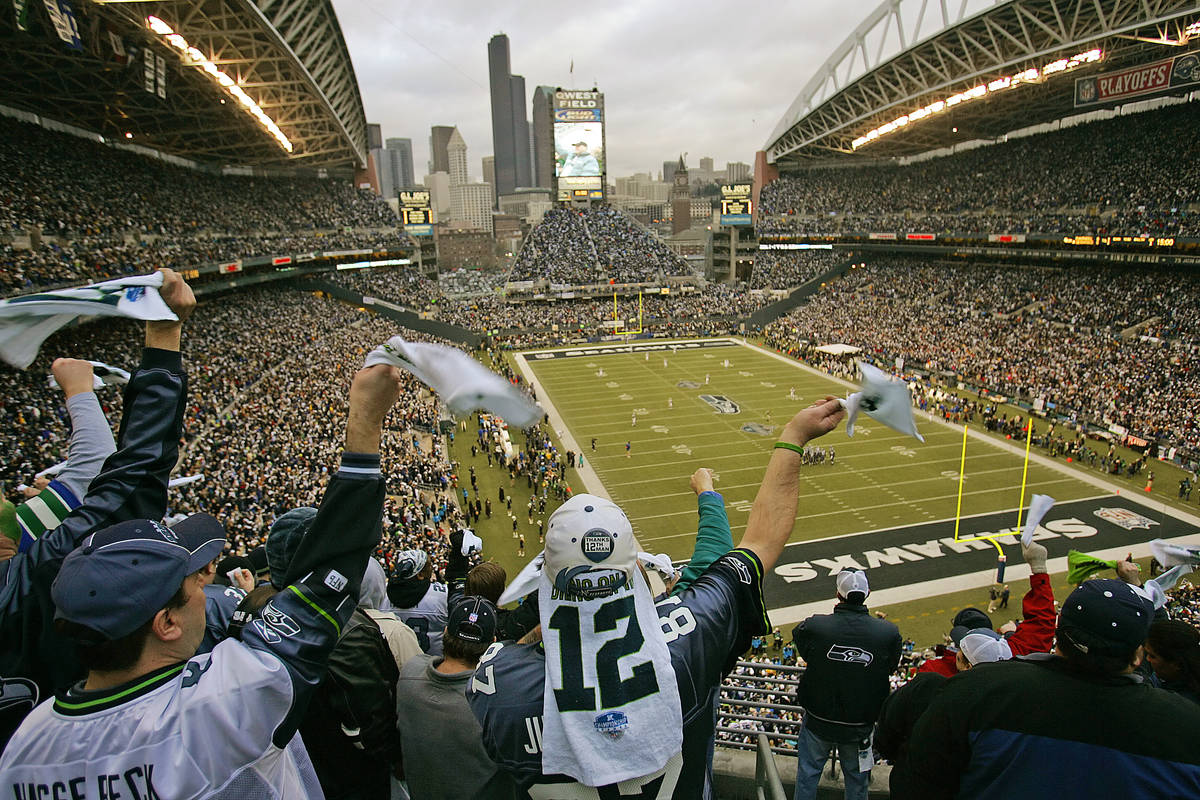 The Seattle Seahawks retired the number 12 in 1984 and raise a giant “12” flag before every home game in honor of their fans, aka the “12th Man.”

Seattle’s rabid fans have made CenturyLink Field one of the loudest stadiums in the NFL and give the Seahawks one of the league’s best home-field advantages.

But how much of an advantage would Seattle have at home with only 11 players on the field and no fans in the stands?

According to 10 Las Vegas oddsmakers, the consensus was that the biggest impact would be on a team’s home-field advantage, which has historically been worth approximately three points to a line on an NFL game.

“The home team will get less of an advantage than they do currently,” handicapper Lou Finocchiaro (@GambLou) said if the coronavirus pandemic keeps fans from attending NFL games. “Most people do assign three points to the home team. I give 2.4 points for a standard home team advantage. But each team has a different home-field advantage.

“In the case of Seattle playing in Seattle with no fans, they’re going to negate maybe a four-point advantage and knock that down to a two-point advantage.”

Murray said factors other than having a crowd in the stands also affect the home-field advantage. “Part of that is teams don’t have to travel and they can stay in their house versus a hotel.”

Bogdanovich noted that the Chargers actually had a home-field disadvantage in selected games last season at their temporary home at a soccer stadium in Carson, California.

“The Chargers got minus points at home when they played the Steelers and Packers, and 80 percent of the fans were for (the visitors),” he said. “Every case will be different, but (empty stadiums) will definitely penalize teams with super-strong home-field advantages like the Broncos and Seahawks.”

“There’s still an advantage there, but we would have to probably minimize it a bit,” he said.

Other consensus opinions were that NFL games would potentially be higher-scoring without crowd noise and that there would be fewer upsets and comebacks in all sports without the energy of a live audience.

“Everyone says it will favor the offense because they can hear all the plays called out and there will be less false starts,” Circa Sports sportsbook manager Chris Bennett said. “But it will favor the defense, too, especially on the road at places like New Orleans and Green Bay, if they aren’t worried about the crowd noise.”

Bennett and Sunset Station sportsbook director Chuck Esposito expect empty arenas to hurt the momentum swings that are often fueled by the crowd.

“The momentum swing, when a team makes a big run, is the biggest thing you can hear in all sports,” Esposito said. “It might hurt an underdog a little more looking to come back, from a momentum standpoint, without a crowd there and without the oohs and aahs.”

Likewise, Bogdanovich said the lack of energy in an empty basketball arena might lead to lower-scoring games.

“When there’s energy in the building and they’re flying up and down the court, the natural pace is just a little quicker,” he said.

While fans, bettors and bookmakers are starved for sports, South Point oddsmaker Jimmy Vaccaro believes interest will wane without fans.

“I think it will have a monster impact, but a lot of my close friends think (it won’t),” he said. “I don’t want to be a doomsday guy, but I think it hurts everything about it if there’s no customers in the stands.

“It loses its luster, its buildup, everything. All of a sudden, Notre Dame-Michigan looks a lot different. It will be like watching an exhibition football game.”