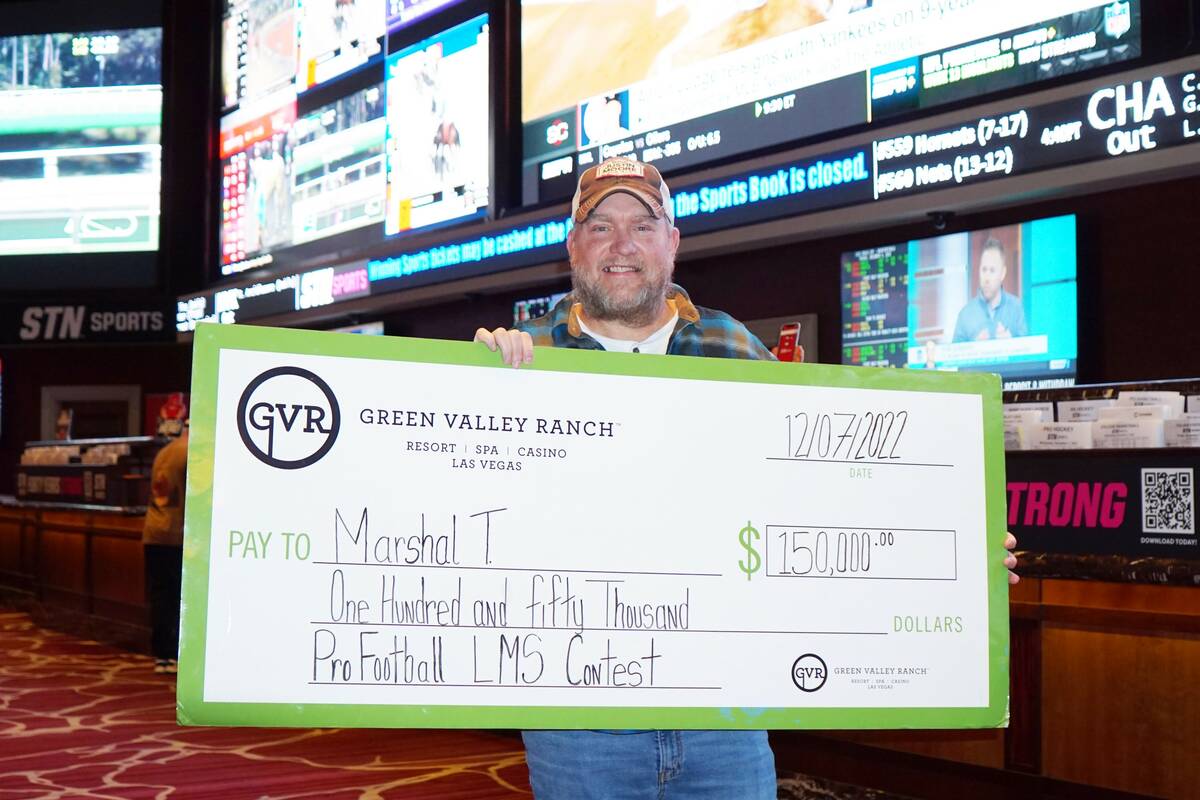 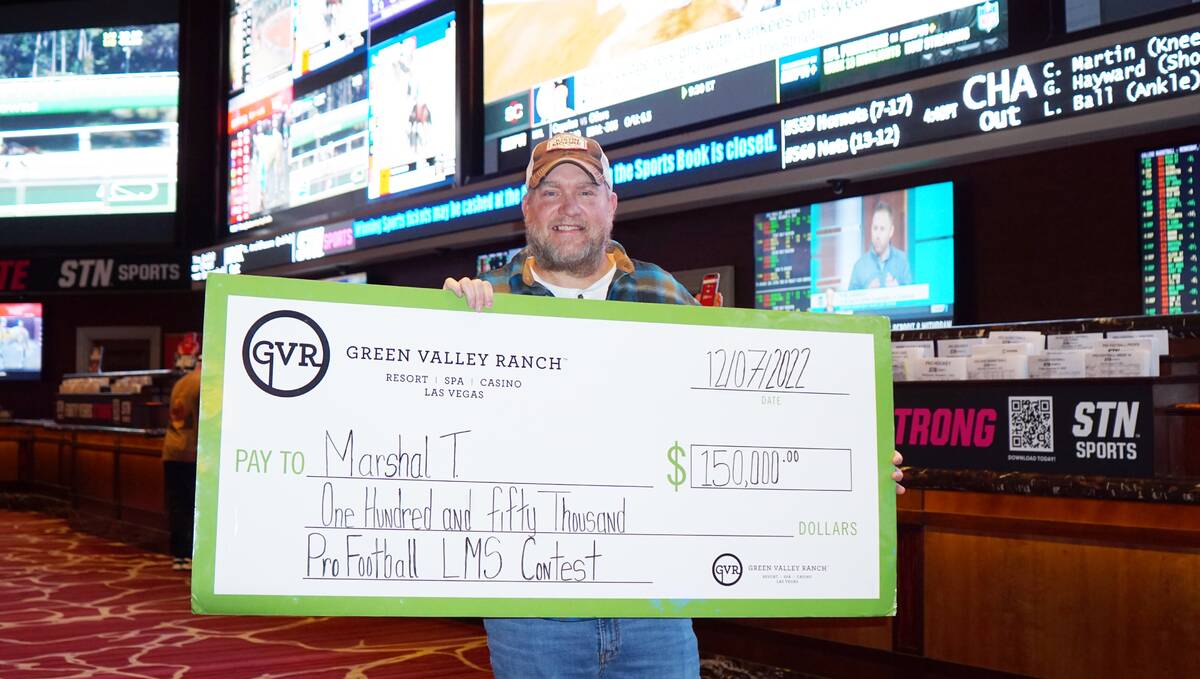 Marshal Taylor has always been fascinated by numbers.

When the Canarelli Middle School math teacher was 10, he made lines on games for fun in his native Oregon.

Armed with his point spreads, Taylor’s mother and stepfather went to Reno and placed some bets for him. The whiz kid won $35.

In Last Man Standing, entries pick one game against the spread each week and are eliminated with a loss. Entries cost $25 each, with a maximum of five for $100.

Taylor picked 12 straight winners ATS to top a field of 6,284. There were three entries left in Week 12, when the father of four sweated out his final pick on Washington (-4½) with his son Hayden and his wife, Angie, who teaches second grade at Tony Alamo Elementary School.

“My wife had to step out of the room,” Taylor said. “She was all stressed out.”

The Commanders were clinging to a 16-13 lead over the Falcons in the fourth quarter when Joey Slye kicked a 45-yard field goal to put them ahead 19-13 and in position to cover with 9:05 left.

Things got dicey down the stretch when former Oregon quarterback Marcus Mariota threw a 45-yard pass to Olamide Zaccheaus and marched Atlanta to the Washington 2-yard line with 1:10 left.

“Mariota went down on his knees, then gets up and throws a 45-yard pass. My son and I said, ‘Oh boy, we’re in trouble,’” Taylor said. “But we weren’t completely shot because we knew it was Mariota. We’re Oregon State people from Oregon, so we weren’t big Mariota fans.”

Mariota was stopped for a 2-yard loss on first-and-goal from the 2. Then, on second down, his pass was tipped by Daron Payne and intercepted in the end zone by Kendall Fuller.

“We were waiting for the dagger, then the ball got tipped in the air and everything changed,” he said. “We were pretty excited. We knew we at least had another week.”

Taylor didn’t learn he’d won until he went to the Green Valley Ranch Resort sportsbook the following Wednesday to get the weekly contest sheet.

When the contest was down to three entries, Taylor wanted to chop the pot for $50,000 each. But he didn’t know the other two entries.

In the end, he was fortunate he didn’t split the prize. On Wednesday, he was handed $150,000 in cash at Green Valley Ranch.

“I had no idea they give you cash,” he said. “They gave us $150,000 in cash. We were a little nervous driving with that much money. We went straight to the bank.”

Taylor said the money will help pay for his daughter Hannah’s tuition at UNR.

“It’s just nice to have the security,” he said. “We might spend a couple extra days on vacation.”

His weekly routine started with making his own numbers Tuesday or Wednesday.

“I’d look at every game individually and come up with a laundry list of games at the start of the week,” he said. “Then I’d tell myself ways to go against each pick and eliminate them. I’d try to get rid of those teams and see what’s left at the end of the week. I was usually down to two or three in the last day or so.”

He started with the maximum five entries and was down to one in the last four weeks.

His closest call was in Week 9, when he had the Buccaneers (-2½) over the Rams. Tampa Bay trailed throughout and turned it over on downs at the Los Angeles 6 with 1:57 left.

After forcing a three-and-out, the Bucs had one last chance, and Tom Brady delivered, firing a 1-yard touchdown pass to Cade Otton with nine seconds left to give Tampa Bay a 16-13 win and cover.

“That was a biggie. I thought they were done,” Taylor said. “They had to get a three-and-out, and then Brady does his thing and gets a win.

“You’ve just got to have a little luck in these things.”