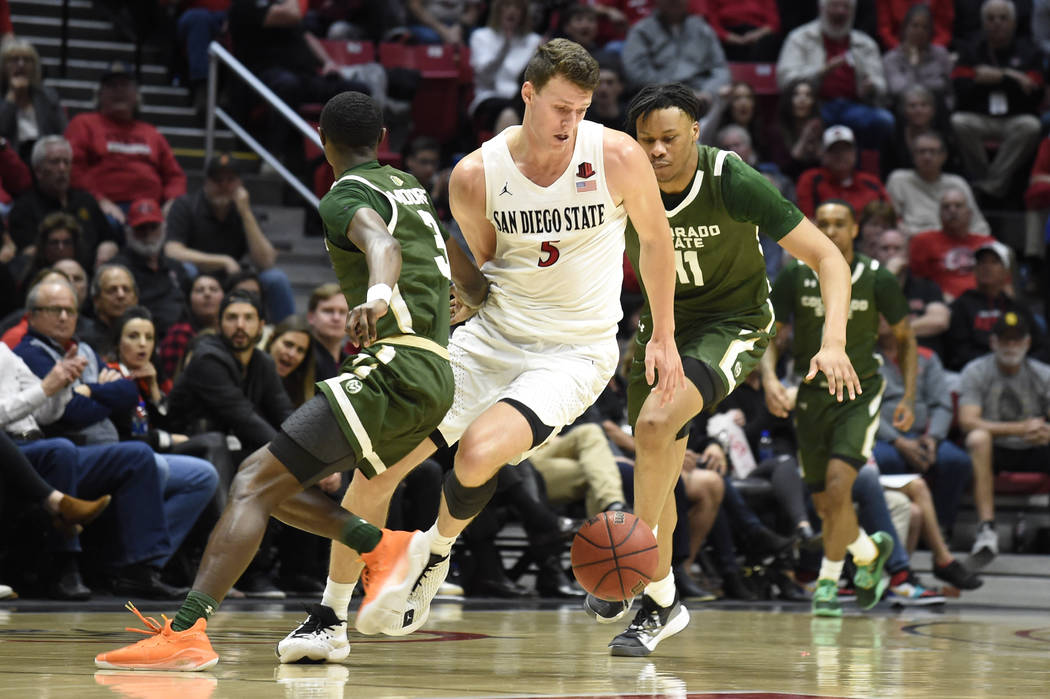 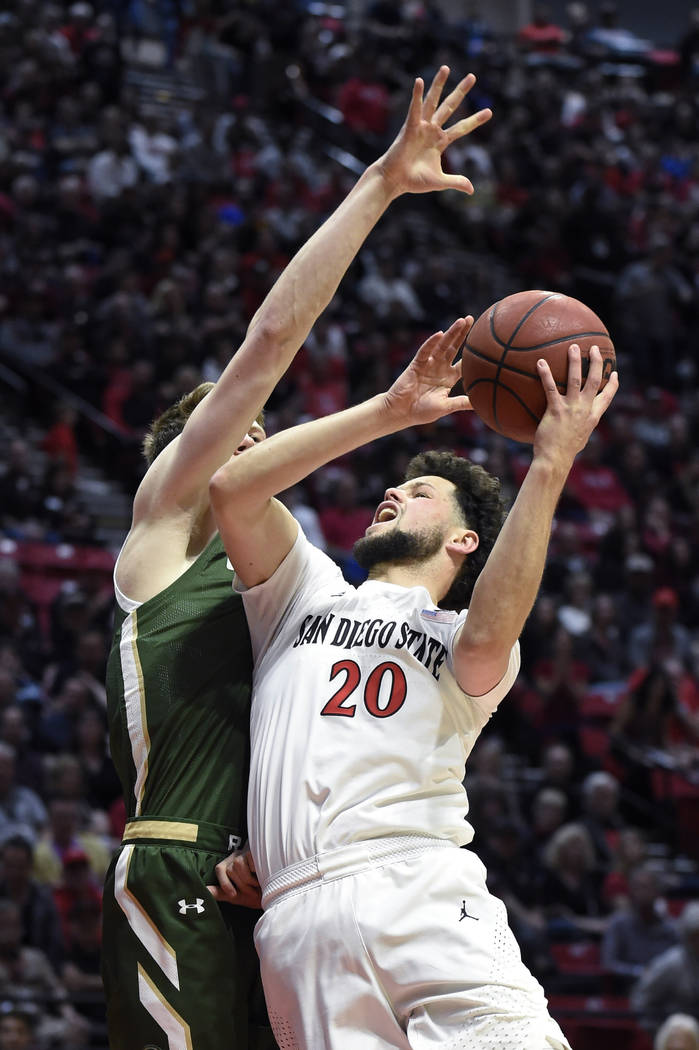 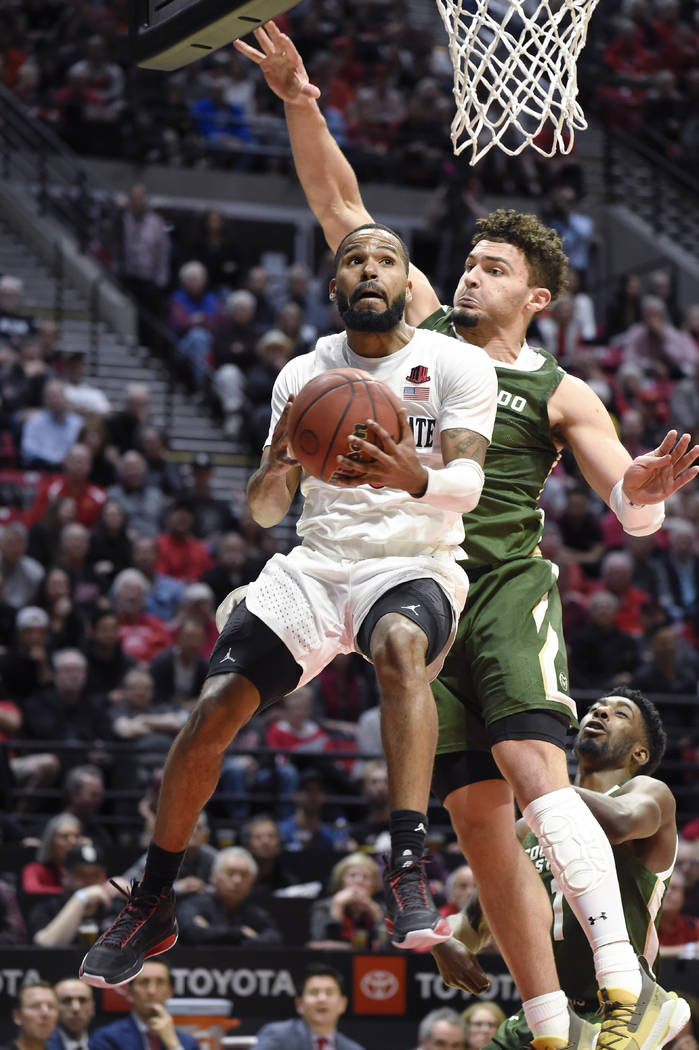 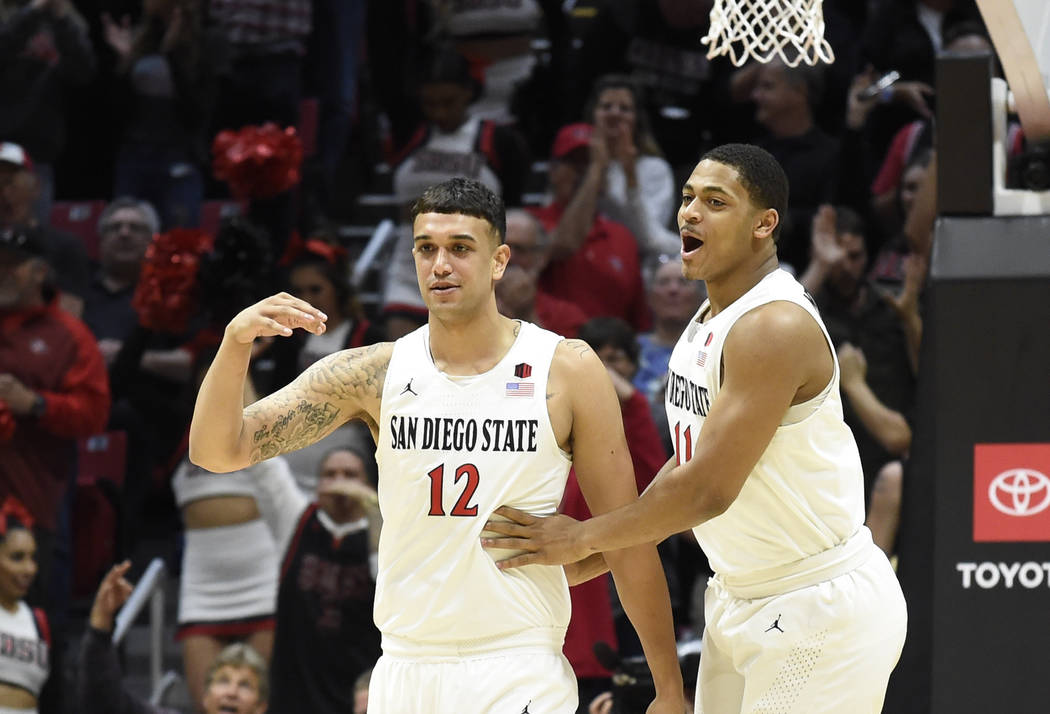 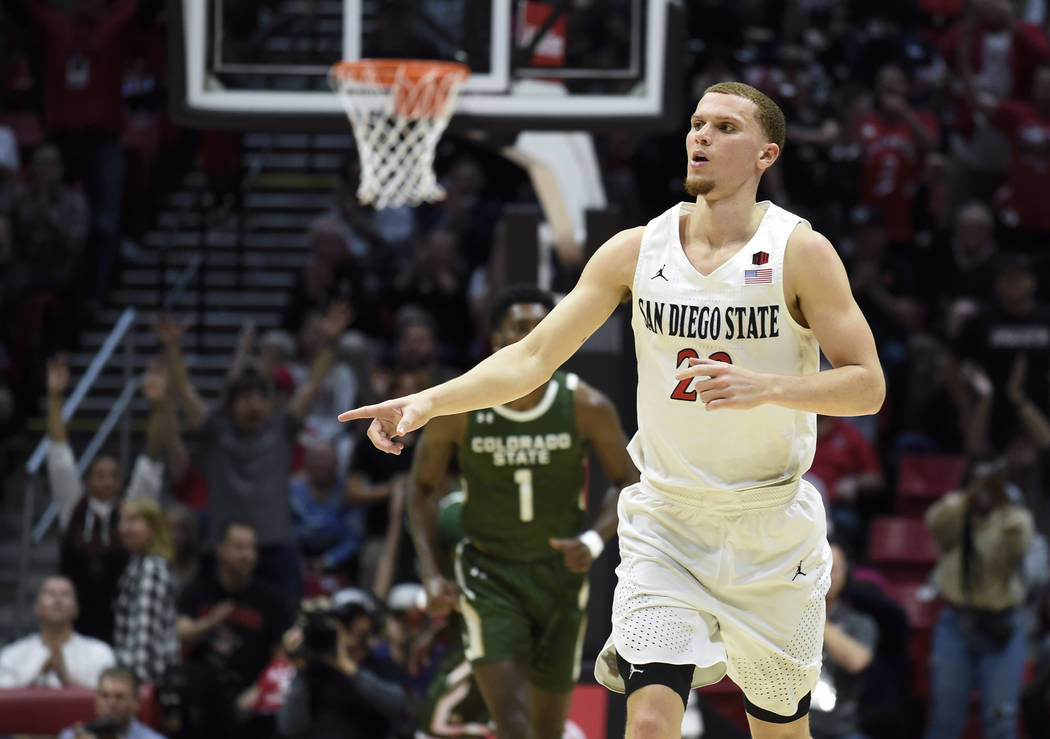 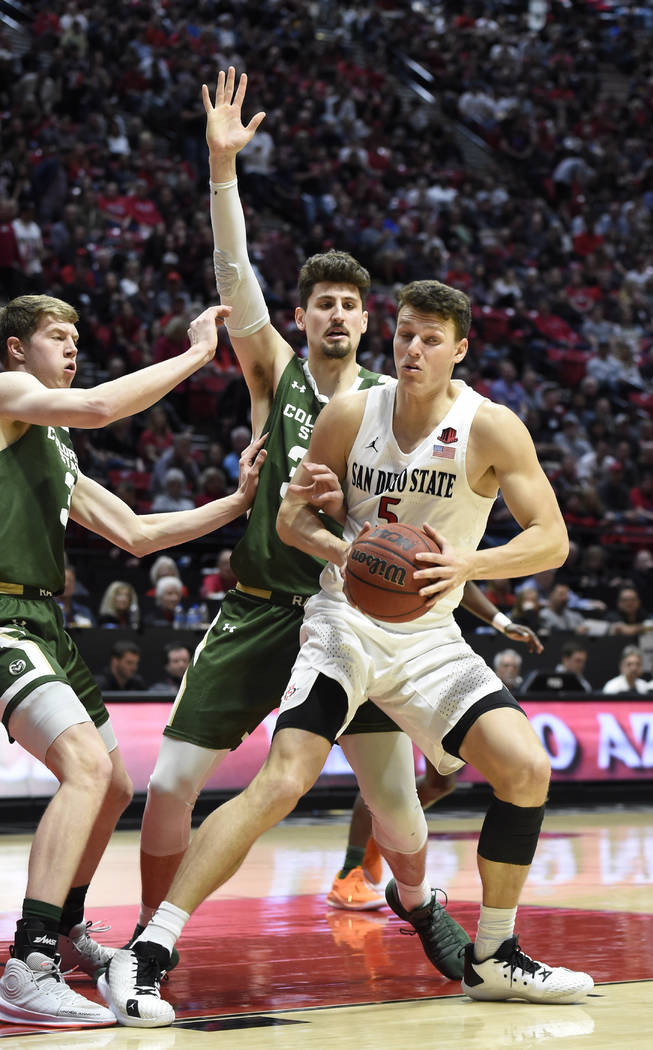 A record seven teams have been ranked No. 1 in the AP Top 25 poll: Kansas, Baylor, Gonzaga, Michigan State, Kentucky, Duke and Louisville.

The good news for bettors is that the NCAA futures board is wide open, though the longest odds on the lengthy list of contenders are long gone.

“Any one of 20 teams can win it,” William Hill sportsbook director Nick Bogdanovich said. “If you can find a winner out of 20, you’re still going to get a little bang for your buck.”

The biggest liability at William Hill is San Diego State, which opened at 1,000-1 to win the national title and is down to 25-1.

The Aztecs also are one of the top five liabilities at MGM Resorts. The Mirage sportsbook manager Scott Shelton said MGM took a $500 wager to win $250,000 on San Diego State at 500-1.

The Flyers, ranked sixth by KenPom, are down to 12-1 at the Westgate. They are handicapper Brian Edwards’ pick to cut down the nets.

Dayton (26-2) led No. 1 Kansas almost the entire game in the Maui Classic finals in November before losing 90-84 in overtime.

“I was left convinced Dayton would beat Kansas on a neutral court seven out of 10 times,” said Edwards (@vegasbedwards, MajorWager.com). “I love Dayton. I’ve been saying for two months that Dayton will win the national title.”

The Flyers lead the nation in field-goal percentage (52.0) and are riding a 17-game winning streak. Their second loss also was in overtime to No. 21 Colorado.

Here are some other futures picks from Edwards and Goldsheet.com handicapper Bruce Marshall:

Edwards sees value on the Wildcats at 18-1 and the Spartans at 20-1, both at William Hill.

“I really like how Kentucky’s playing. I love Nick Richards, the big man. They’ve got multiple rim protectors, their guards are a little inconsistent, but they can hit 3s, they’re fifth in the nation in free-throw percentage (79.3) and they’re a veteran team by Kentucky standards.”

Edwards and Marshall like the Wolverines, who are 40-1 at the Westgate after opening at 12-1 and ranked No. 9 by KenPom.

“One team out of the mainstream to watch real close now is Michigan,” Marshall said. “They were a top-five team when they lost their best player (Isaiah Livers). But since Livers came back, they’ve won five in a row and they’re winning on the road. They were the only team to beat Gonzaga until last weekend.

“All of a sudden, they’ve got their second wind. They might be the best team in the Big Ten. They can beat Kansas, and they can beat Baylor. They can make a run.”

The Gators, who have won four of their last five (losing at Kentucky), are No. 33 on KenPom.

“They’ve underachieved most of the year, but they’re playing much better lately. There’s no shame in losing to Kentucky,” Marshall said. “On any given night, they’re as good as anybody.”

The defending national champion Cavaliers have won five straight and eight of nine and lead the country in scoring defense (52.7 ppg).

“All of a sudden, they’re doing it again,” Marshall said. “Their defense is just as tough as ever, and they’re finding some better offense. They beat Florida State, and if they can beat them, they can beat anybody.” 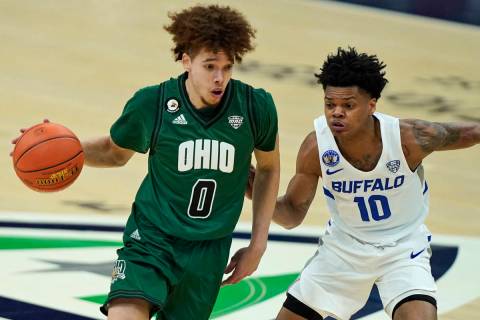 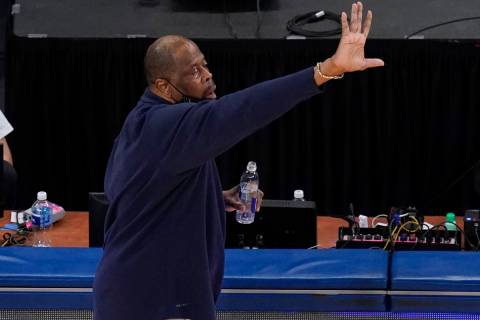 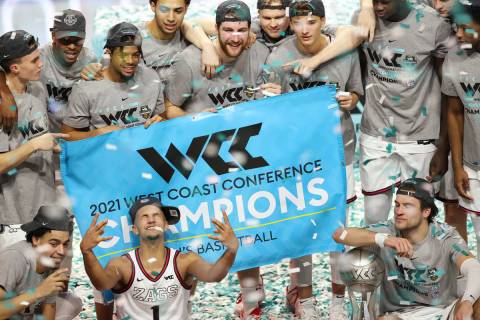