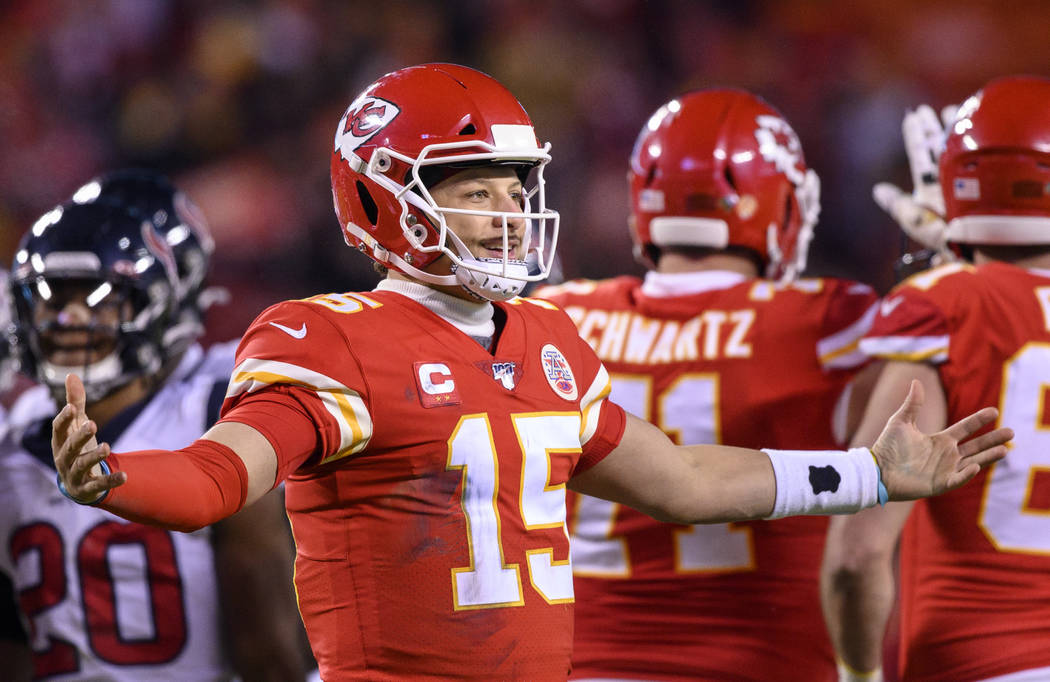 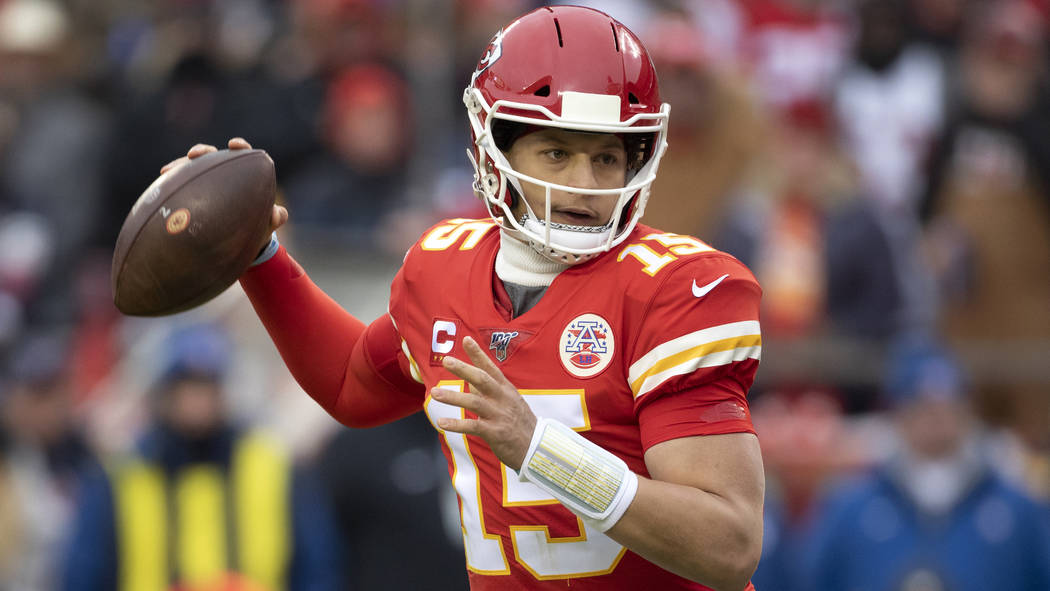 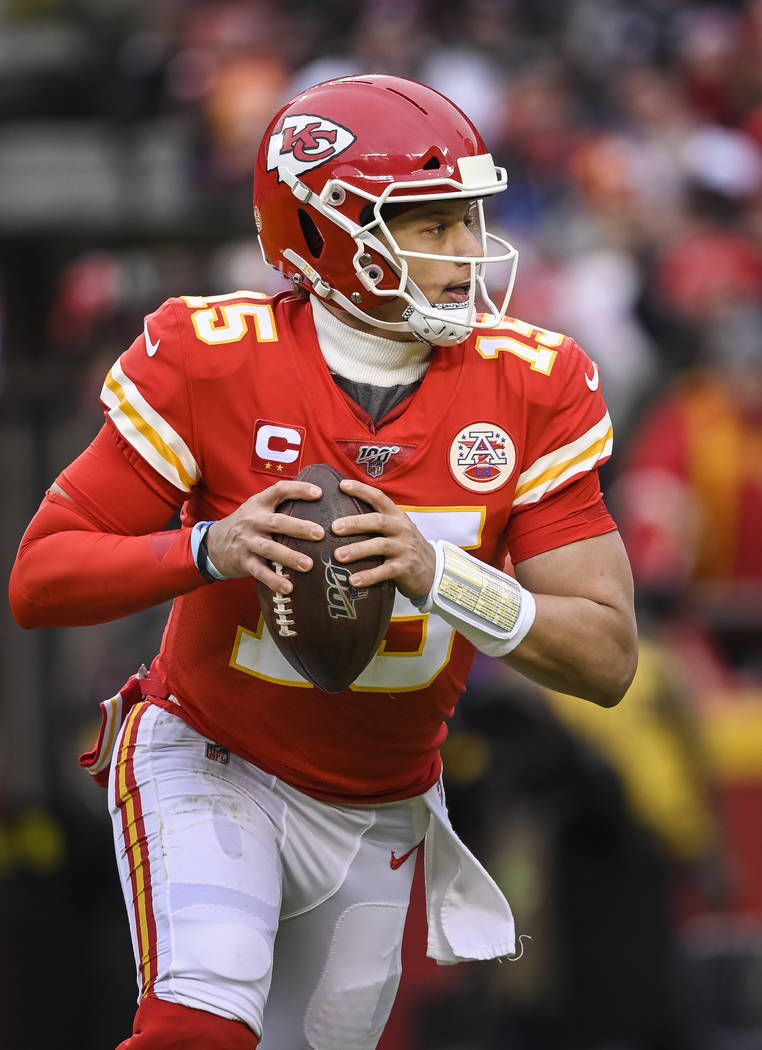 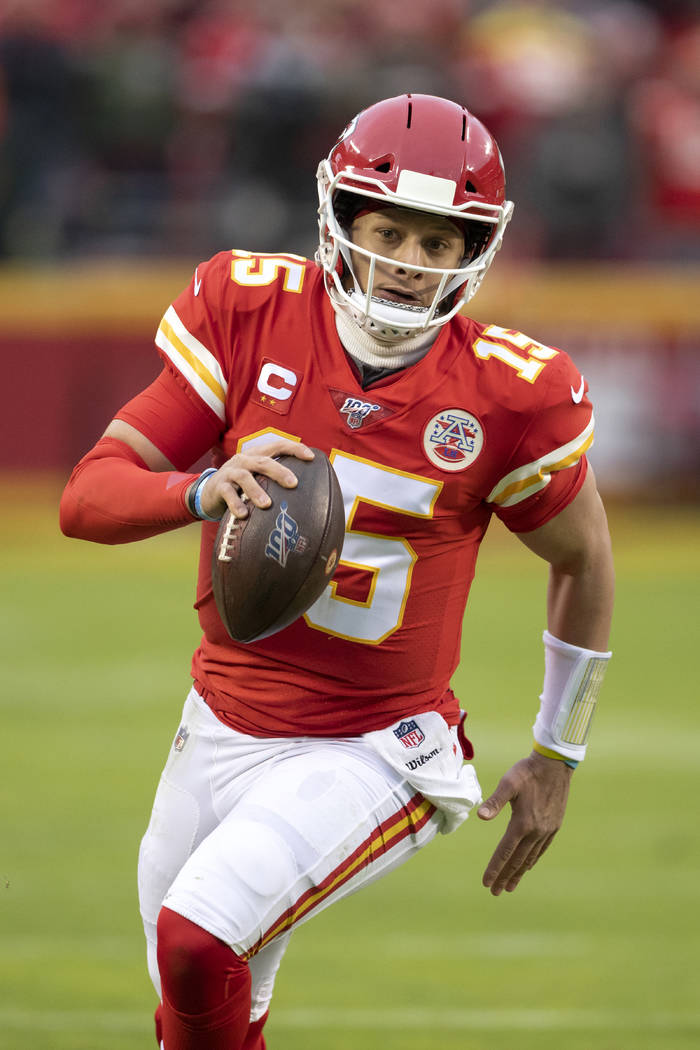 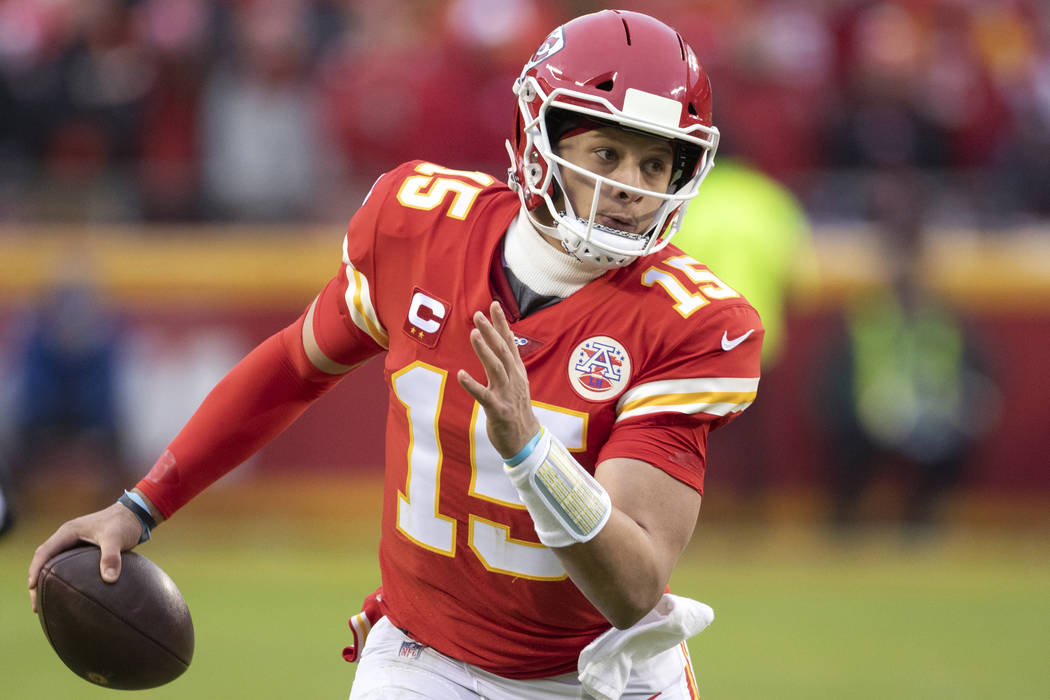 In the movie “Field of Dreams,” Ray Kinsella (Kevin Costner) quotes author Terence Mann (James Earl Jones) as saying: “There comes a time when all the cosmic tumblers have clicked into place — and the universe opens itself up for a few seconds to show you what’s possible.”

The Titans are unquestionably the surprise team that wasn’t expected to be in the NFL’s final four. But the cosmic tumblers appear to have clicked into place for the Chiefs to go to the Super Bowl.

“It’s crazy to think of all the things that had to happen for Kansas City (to host the AFC title game),” said Ed Salmons, Westgate sportsbook vice president of risk. “If (Chiefs coach) Andy Reid can’t at least get to the Super Bowl this year, it’s never going to happen.”

The Chiefs started the season 4-0 before dropping four of their next six games — and losing reigning NFL MVP Patrick Mahomes for two games with a dislocated kneecap.

Kansas City bounced back to win its final six regular-season games. But, heading into Week 17, it still appeared destined for the No. 3 playoff seed and a possible AFC championship showdown at Baltimore.

The Chiefs then rallied from a 24-0 deficit Sunday to beat the Texans 51-31, becoming the first NFL team to win a playoff game by 20 points or more after trailing by 20 or more.

The line is 7½ at MGM Resorts and CG Technology sportsbooks, and professional sports bettors Jeff Whitelaw and Ron Boyles like the Titans to cover the spread Sunday.

Tennessee has won and covered nine of 12 games since Ryan Tannehill took over at quarterback. But it knocked off New England and Baltimore in the playoffs behind bruising running back Derrick Henry, who has averaged 188.5 yards rushing in the postseason.

“Henry is tough to stop. Tennessee is peaking, and Kansas City is not great against the run,” said Whitelaw, who went 3-1 against the spread last week. “They played a close game in November in Tennessee that the Titans won (35-32). But Tennessee is playing way better now.”

Boyles also leans to Under 53.

“I kind of like betting the under on teams coming off a wild, high-scoring game, like the Chiefs,” he said. “Tennessee is going to do everything in its power to control the clock and run Henry and try to keep Mahomes off the field.

Salmons also leans toward the Titans and Niners, who beat the Vikings 27-10 on Saturday.

“Tennessee is playing its third straight game on the road, but they look so good right now,” he said. “Unless the Niners play tight because it’s a championship game, they’re so much better than Green Bay.

“I think Minnesota is a better team than Green Bay, and Minnesota couldn’t play with those guys.”

Westgate SuperContest winners Eric Jensen and Matt Kucera (alias It Ain’t Breeezy) will be presented their $1.47 million first prize at 11 a.m. Friday at the Westgate.

The Nebraska childhood friends are 4-2 ATS on their playoff picks after going 58-25-2 ATS (69.9 percent) in the SuperContest.

“We will take Aaron Rodgers over Jimmy (Garoppolo) any day, and we are getting points,” Jensen said. “The Titans’ run is over. Henry will get his yards, but the Chiefs can score at will.”