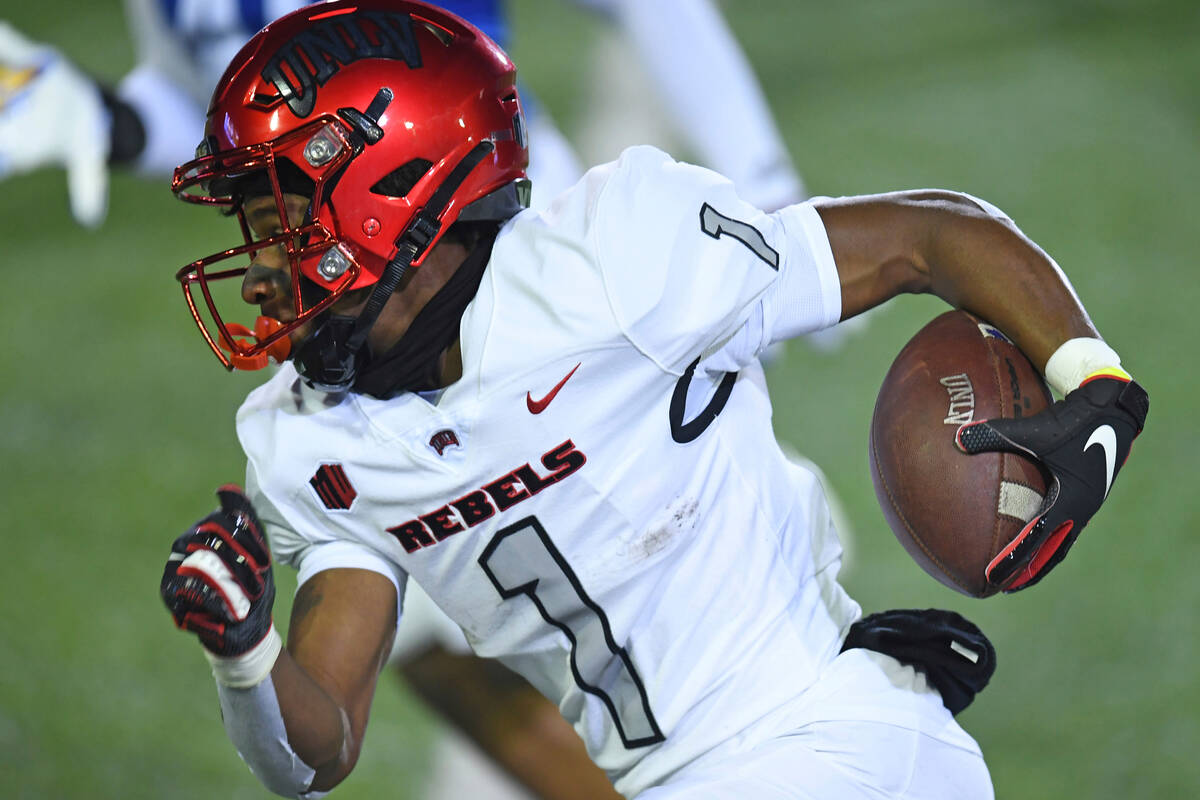 A 6-foot wideout from Hawthorne, California, Kyle Williams played nine games for UNLV this season, missing three games due to an ankle injury. He had 40 catches for 541 yards and led the team with five receiving touchdowns.

Williams hauled in one touchdown in each of UNLV’s first four games before he was injured against Utah State on Sept. 24. He returned against Notre Dame on Oct. 22 and caught his final touchdown of the season in the Rebels’ 27-22 win against UNR on Nov. 26 at Allegiant Stadium.

Williams was named the Mountain West freshman of the year after starting all six games during the pandemic-shortened 2020 season, catching 35 passes for 426 yards and two touchdowns.

Nohl Williams played in 11 games this season for UNLV, racking up 40 tackles, three interceptions, eight passes defended, a forced fumble and a fumble recovery this season. He also returned seven kicks and seven punts for the Rebels. Two of his three interceptions came against Utah State Sept. 24.

Williams was an All-Mountain West honorable mention. A 6-foot cornerback from Oxnard, California, he started five games as a true freshman in 2020 and eight games in 2021.

Both players have two years of eligibility remaining. They join UNLV reserve offensive lineman Noah McKinney, who announced his decision to transfer Dec. 3, in the portal.