The bronze Hey Reb! statue was removed Tuesday from UNLV’s campus. But the school’s Rebels nickname and mascot are still in place. For now.

The decision came amid the push for social justice after the police-related deaths of African Americans George Floyd, Breonna Taylor and Rayshard Brooks — and intense national scrutiny of symbols with ties to slavery and racial inequality.

No other determinations have been made regarding the future of the Rebels nickname and Hey Reb! mascot, according to UNLV spokesperson Natalie Bruzda. University President Marta Meana is continuing her “listening tour with individuals and stakeholder group” and was not available Tuesday for comment.

“We will share further information after the listening tour is completed,” Bruzda wrote in an email.

The removal of the Hey Reb! statue is the latest development in a dialogue about the mascot that has been ongoing since 1968 when school introduced its original mascot, a cartoon wolf named Beauregard outfitted in a Confederate uniform.

Various groups of protesters say that Hey Reb! still channels some of that Confederate spirit, and protests have sporadically emerged the past few decades — even as the school has tried to distance itself from the Confederacy.

One particularly potent protest emerged last weekend with part-time political science instructor and UNLV alum Jonathan Bradley as one of the driving forces.

“I hope they finally say it’s time to break ranks with the mascot — and the name of the mascot — and move on and show that UNLV is a university of the 21st century,” said Bradley, who has penned three letters to the administration requesting that the mascot be changed, including an open letter last weekend.

A petition on Change.org seeking a new mascot has generated more than 4,200 signatures as of early Tuesday afternoon. But an informal poll conducted by the Review-Journal via Twitter revealed that nearly 62 percent of respondents want the school to keep both the name and the mascot.

“UNLV wasn’t built on a slave plantation, nor run by slave owners,” former Rebels and Buffalo Bills cornerback Kevin Thomas said via text message. “When I think of Rebels, I think of (people) that go against the grain for whatever values or cause they are fighting for. For this time and age, it fits perfectly,” said Thomas, who is black and played for the Rebels from 1999 to 2001.

What should UNLV do about its mascot, Hey Reb! and nickname, Rebels?

The evolution of the mascot

The “Rebel” nickname references the school’s separation from Northern Nevada and UNR. But it became intertwined for a period with the Confederacy in part because of Beauregard and because the football team in 1968 wore helmets bearing the Confederate battle flag.

The university’s website acknowledges its historical alignment with Confederate themes, but the school abandoned its association with Beauregard by 1976 amid pressure from a group of black student-athletes, who objected to its Confederate imagery.

The word “Rebel,” though, “stood for much more than a supporter of the Civil War against the Union.” according to the university’s 50th anniversary book. “In the 1960s especially, it symbolized those who rejected convention, tradition, racism … Most of all, in Southern Nevada it stood for those who had opposed northern domination in the state legislature and unwanted dependency upon Reno.”

The school was in logo limbo until former Review-Journal artist Mike Miller designed Hey Reb! in 1982 and sold it to the university for a dollar. The mascot was inspired by trailblazing mountain men of the 1800s and was subsequently approved by the students — evolving the past three decades into what we see today.

A 60-page analysis by former UNLV Chief Diversity Officer Rainier Spencer in 2015 concluded that neither the name nor mascot is tied to the Confederacy.

One prominent African American student-athlete at UNLV, who was not authorized to speak on the record, said he would be open to changing the mascot if any prospective decision is explained to the student-athletes on campus. The student-athlete also said he didn’t think there is any connection between Hey Reb! and the Confederacy.

Former Rebels guard Dedan Thomas never thought too much about the name “Rebel” or Hey Reb! when he was running point from 1991 to 1994. But he understands now how it could be offensive to some.

“It’s funny, because when you talk about the word ‘Rebel,’ I guess it did have something do with (the Confederacy) back in the old days,” said Thomas, who is also black. “But did it bother me personally? No, it didn’t.”

Thomas said that changing the mascot wouldn’t take anything away from the school’s tradition and that the school should change the logo and mascot if there are indeed any ties to the Confederacy.

Former UNLV point guard Elijah Mitrou-Long was only on campus for the 2019-20 season, but he said the school should maintain anything that draws on the school’s tradition.

“UNLV has a lot of tradition, a lot of history behind it,” said Mitrou-Long, who is black and training in Memphis, Tennessee, with former Findlay Prep standout and Grizzlies wing Dillon Brooks. “So I would say to keep that mascot because people know the mascot for what it is.”

“Even though it is a big thing in our community, with everything going on now, it’s kind of draining to look at the mascot thing as being controversial and divisive,” said Herring, who is black and led the Rebels to their last bowl appearance in 2013 and works as a corrections officer for Las Vegas.

“It’s not on the same scale, the same spectrum, as what we’re seeing with law enforcement and police brutality and racial inequality across the country. Those kinds of things are prioritized to me, so I’m very neutral on this,” he added. “These are not the pressing issues in society right now, but I understand, and people have valid gripes about removing it or wanting it to stay as the mascot of UNLV.” 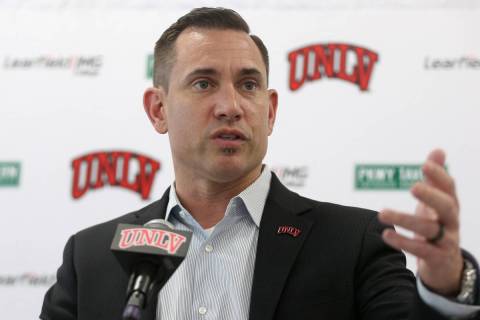 The Mountain West is expected to finalize a schedule Wednesday of eight conference games and two nonconference games, according to Stadium’s Brett McMurphy. 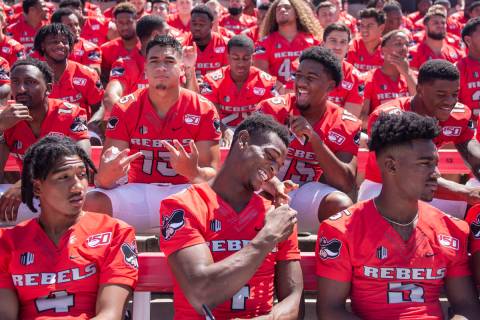 UNLV’s football game at Iowa State on Sept. 19 could be in jeopardy in the wake of the Big 12’s amended schedule. 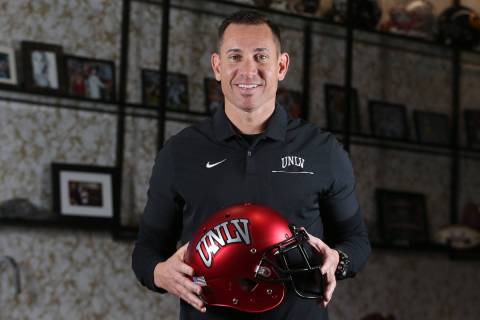 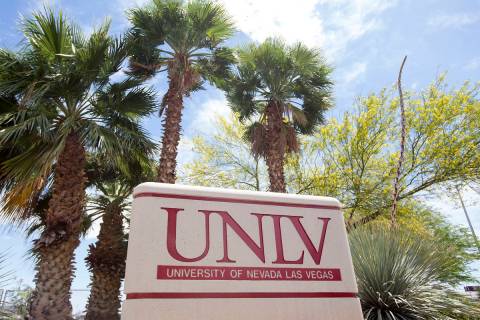 Bowman had worked at UNLV since November 2017 and played a crucial role alongside athletic director Desiree Reed-Francois in running the department. 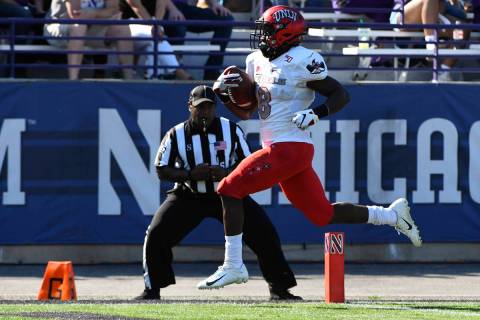 The fifth-year senior on Friday was one of 91 players named to the Maxwell Award Watch List. The award is given annually to college football’s best all-around player. 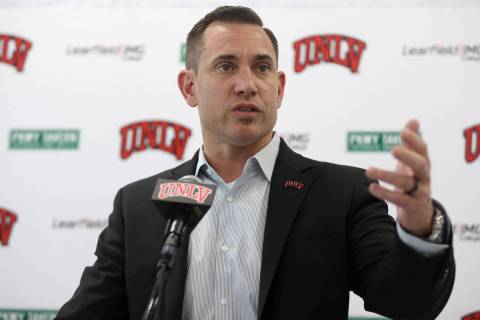 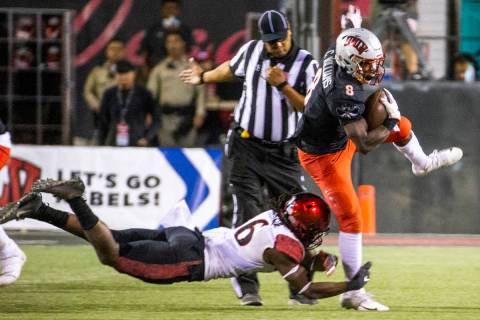 Senior running back Charles Williams was UNLV’s lone player named to the preseason All-Mountain West team. He led the conference in rushing last season with 1,257 yards. 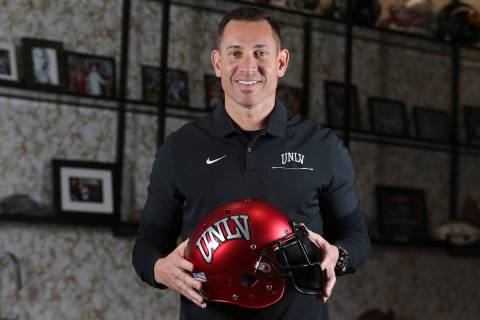 The Rebels were predicted to finish last in the conference’s West Division, garnering a mere 29 points — 14 fewer than fifth-place San Jose State.