If you are having problems accessing today’s e-Edition, please click on this link VIEW E-EDITION
By COLTON LOCHHEAD LAS VEGAS REVIEW-JOURNAL
October 18, 2016 - 10:16 pm 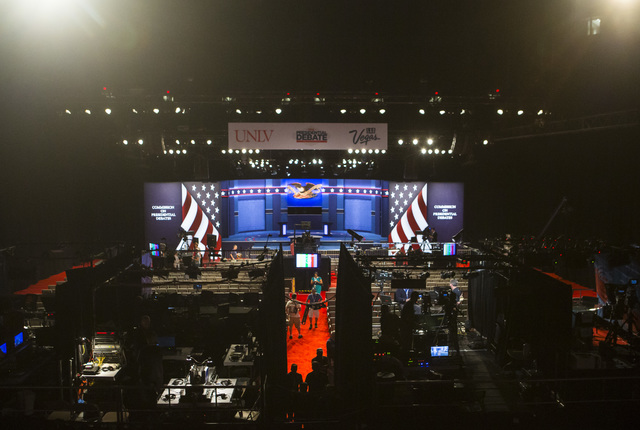 Setup goes on inside of the debate hall ahead of the third presidential debate at the Thomas & Mack Center at UNLV in Las Vegas on Tuesday, Oct. 18, 2016. Chase Stevens/Las Vegas Review-Journal Follow @csstevensphoto 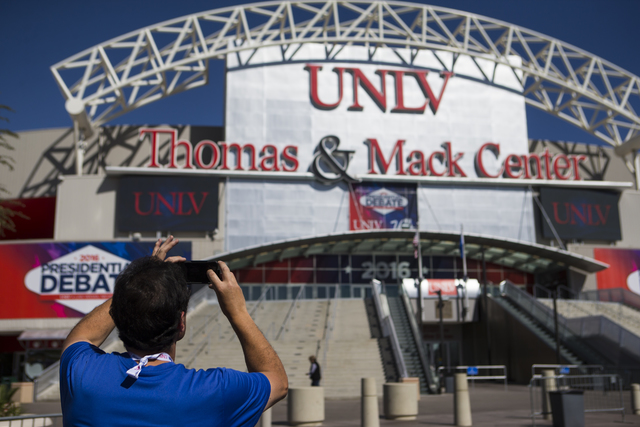 A man takes a photo of the Thomas & Mack Center ahead of the third presidential debate at UNLV in Las Vegas on Tuesday, Oct. 18, 2016. Chase Stevens/Las Vegas Review-Journal Follow @csstevensphoto 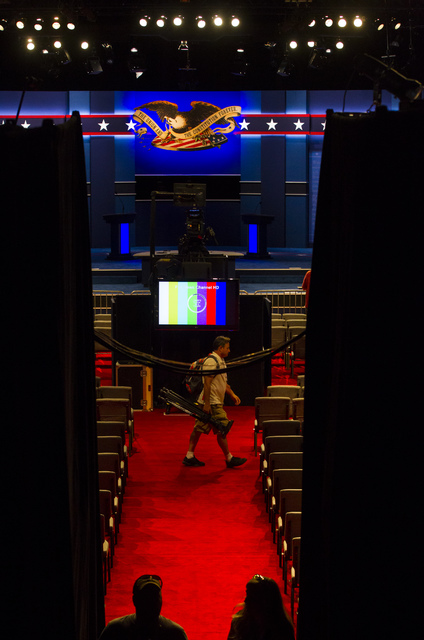 Setup goes on inside of the debate hall ahead of the third presidential debate at the Thomas & Mack Center at UNLV in Las Vegas on Tuesday, Oct. 18, 2016. Chase Stevens/Las Vegas Review-Journal Follow @csstevensphoto

Presidential candidates Hillary Clinton and Donald Trump square off for a final debate Wednesday night at the Thomas & Mack Center at UNLV. Some key facts about the 90-minute rhetorical bout, which begins at 6 p.m. PDT:

▶ Tens of millions expected to watch on TV or on the internet. Review-Journal reporters will live-blog from the debate.

▶ No commercial breaks or planned interruptions.

▶ Six topics will be covered, broken into 15-minute segments. They are debt and entitlements; immigration; the economy; the Supreme Court; foreign hot spots; fitness to be president.

Visit our election page for full coverage of the 2016 debate.