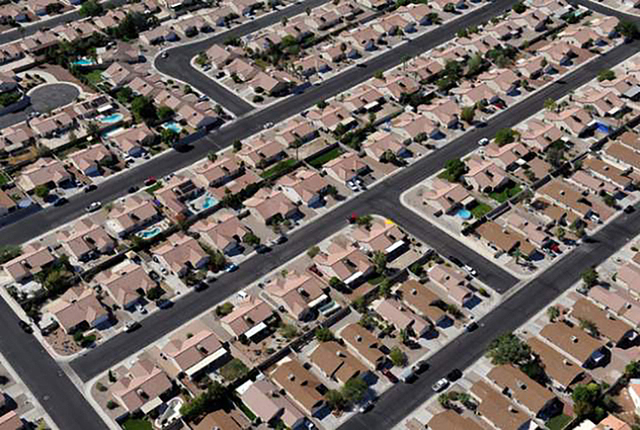 MOUNT PLEASANT, S.C. — It’s a troublesome story playing out across America in the 10 years since the housing bubble peaked and then burst in a ruinous crash: As real estate has climbed back, homeowners are thriving while renters are struggling.

For many longtime owners, times are good. They’re enjoying the benefits of growing equity and reduced mortgage payments from ultra-low rates.

But for America’s growing class of renters, surging costs, stagnant pay and rising home values have made it next to impossible to save enough to buy.

The possible consequences are bleak for a nation already grappling with economic inequality: Whatever wealth most Americans possess mainly comes from home equity, meaning that the increase in renters gives fewer people that same level of financial security.

Nearly two-thirds of adults still own homes. And some who rent do so by choice. Yet ownership has become a more distant dream for the many Americans, as rental prices and demand has surged in areas that offer the best job prospects as well as those that have been battered by foreclosures.

“It doesn’t paint a pretty picture,” said Svenja Gudell, chief economist at Zillow, the online real estate database company. “You’re really blocking out a group of buyers from owning a home. They’re truly living paycheck to paycheck, and that does not put them into a good position to buy.”

Joe Fabie and his wife face just such a bind.

They moved to Mount Pleasant, just over the bridge from historic Charleston, South Carolina after law school in Pittsburgh. The suburb’s pastel-hued harbor vistas, tin-roofed houses and Spanish moss-adorned live oaks were enchanting.

But the rising rent on their one-bedroom apartment made it impossible to save enough to buy a home. So the couple moved to a cheaper suburb in hopes of saving for a starter home.

An exclusive analysis by The Associated Press of census data covering over 300 communities found that two major forces are driving a wedge between the fortunes of renters and homeowners:

—Historically low mortgage rates have enabled homeowners to refinance and shrink their monthly payments, thereby reducing a major household cost. The median annual mortgage expense for a U.S. homeowner has dropped by $1,492 since 2006.

—A combination of foreclosures and new college graduates crowding into the strongest job markets has raised demand for rentals. Renters accounted for all the 8 million-plus net households the United States added in the past decade. Home ownership has dipped to 63.5 percent, near a 48-year low.

That demand has driven up rents, which, in turn, have prevented or delayed people from buying first homes. Outside of a pocket of relative stability seen in parts of the Midwest such as Minneapolis and St. Louis, the momentum has moved away from ownership.

The residue of the housing bubble remains achingly visible in Las Vegas. Thousands of houses are stuck in the foreclosure pipeline, controlled by banks, and could flood the market should prices recover enough. Nearly half of Las Vegas now rents, compared with less than 40 percent a decade ago.

Vegas recovered slowly. Tourists returned to the casinos. Population growth picked up as retirees flocked to the Nevada desert. Ikea opened its first Las Vegas outlet, not far from where 8,000 apartment units are planned for construction.

Still, thousands of houses are stuck in the foreclosure pipeline, controlled by banks, and could flood the market should prices recover enough. Nearly half of Las Vegas now rents, compared with less than 40 percent a decade ago.

Consider the shift toward renting in Piedmont Park neighborhood of Apopka, a former agricultural hub outside of Orlando now crowded with housing developments.

Where one in 10 homes once was a rental, now more than a third are. Many are owned by Wall Street investment firms that bought them out of foreclosure at deep discounts.

Erika Pringley, a 42-year-old police dispatcher, rents with her husband a three-bedroom ranch house. Through a string of subsidiaries, the house is owned by Blackstone, the world’s largest real estate private equity group.

At that price paid by investors, the equivalent of the monthly mortgage would be under $500.

Pringley, who works for the Florida Highway Patrol, hopes to buy a home — if she can emerge from debt.

Higher rents are closing the path of accruing wealth through ownership. On average, homeowners have a net housing wealth of $150,506, according to figures soon to be released by the Urban Institute’s Housing Finance Center.

Elsewhere, rising prosperity is the reason why renters are stuck.

Just as the economy tanked nearly a decade ago, millennials began flooding the best job markets after college and graduate school where rents are disproportionately higher.

Over the past decade, the number of under-35 college graduates in Washington rocketed up more than 50 percent to nearly 100,000. Bistros, boutiques and posh apartments opened along the once-downtrodden 14th Street corridor.

All this has created a paradox in Washington: Incomes are rising — normally fuel for home buying — even as homeownership is declining.

Ultra-low mortgage rates below 4 percent have enabled Jim Phillips, 51, to capitalize on the influx, buying condos and renting them at a profit.

“With more and more younger people moving into the city, it’s creating an opportunity for me,” Phillips said. “So far, I have two condos. My goal is to buy, basically, one a year.”

The opportunities are there for people who have money — or those who are already homeowners.

Alpana Patel and her husband landed a house in San Marcos, California, about 35 miles from San Diego, in 2007. To buy their $845,000 home, they took out an interest-only mortgage with an adjustable rate starting 6.7 percent. Including property taxes and insurance, their monthly costs totaled about $6,000.

The couple eventually decided to rent out that house at a price that covers nearly all their mortgage costs and to buy a second, larger home where they could live.

“Now, we’re able to own two homes because we hung in there,” Patel said.