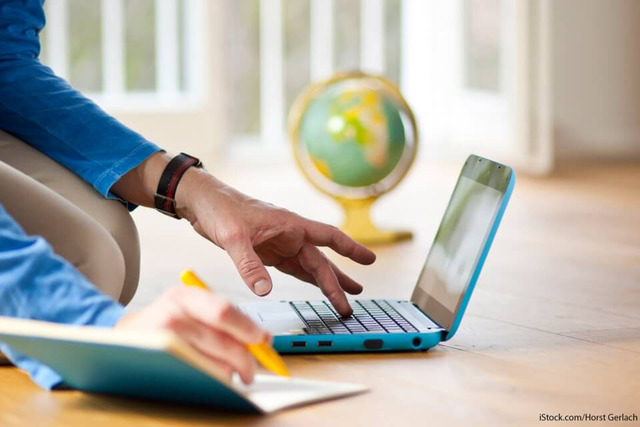 Thanks to the internet, finding travel deals is easier than ever. But with thousands of travel sites dedicated to getting the most for your money, consumers can be overwhelmed by the options.

Using the major travel search websites — Kayak, Expedia, Travelocity, Orbitz and similar sites — is only the first step to finding great travel deals, said Charles McCool, a travel writer and author of “Winning the Airfare Game: Save Money and Stress on Every Flight.”

“They’re all pretty similar, so pick the one that speaks to you most, then learn the little tricks to find the right deals,” McCool said. Find out how these 15 sites can help you save money on lodging, flights, car rentals or, in some cases, your whole trip.

Thanks to its user-friendly interface, Google Flights is the easiest and quickest place to search for great deals on airfare, said Scott Keyes, a travel expert and writer who flies tens of thousands of miles per year and runs flight deal email service ScottsCheapFlights.

“Google Flights is really simple and gets you the results quickly, and you can search multiple airports — five origins and five destinations,” he said. So, if you want to go to Europe but you don’t care exactly where in Europe you’ll end up, you can pick five destinations and compare prices. If your dates are flexible, you can input your ideal dates and search a calendar for the best fares for two months around your ideal date.

If you want the power of Google Flights, but don’t need the user-friendly front end, skip the middleman and head straight to Matrix by ITA Software. Google owns ITA Software and repurposed the company’s flight algorithms for Google Flights.

McCool likes that, unlike Google Flights, Matrix affords him the option to specify exactly which airports he wants to fly from. “It’s a little more techy, not as elegant, but it’s more powerful for someone who knows what they’re doing,” he said.

One major downside: You can’t actually book flights through Matrix, Keyes said. He suggested consumers use Matrix or Google Flights to find the best deals, then head to the airline websites to make reservations.

Although many sites focus on finding the best deals on traditional hotels, Airbnb offers a trendy alternative. Through this site, you can book a room, an apartment or a house in cities across the world — often a cheaper option than hotels.

“Airbnb has really changed the game. I’ve been pleasantly surprised by the apartments available and the prices you pay,” Blank said. The direct rental model means you can get lower-priced lodging, but if you’re used to housekeeping, a pool, room service and a bellman, Airbnb is not for you, Blank said.

When it comes to planning a trip, coupons could mean the difference between a huge cost and a great deal. That’s why sites like CouponSherpa are so important to deal-hunters, said Andrea Woroch, a consumer savings expert.

Recent deals on CouponSherpa included $20 off a car rental at Budget, $20 off $150 through HotelWiz.com and 70 percent off featured hotels when booked through Travelocity.

Secret Flying boasts that it has “the deals nobody else knows about” — and it might be right, said McCool. This site’s best flight deals come from “mistake fares,” for which someone inputting the prices accidentally dropped a zero or put in the cost of a flight to Paris, Ohio, when the flight is actually to Paris, France.

“They’ll find really creative round-trip fares, and if you’re flexible, you could plan your trip around this,” McCool said. “If you’re going to a wedding and have to be somewhere specific at a certain time, this site won’t work. But if you have a week off work and you don’t care where you go, you could watch the site and wait for a great opportunity to come up.”

McCool suggested following Secret Flying on Twitter for instant access to the seemingly too-good-to-be-true fares available through this site.

“It’s like Expedia, but you get the added benefit of airline miles,” Blank said. “So you can pick up a few thousand miles for doing what you would have normally otherwise done.”

If you need a last-minute hotel on the cheap, try the HotelTonight app to find a location-based listing of luxury accommodations at up to 70 percent off, Woroch said.

HotelTonight tends to be more useful if you’re looking for a boutique hotel rather than a larger chain hotel. You’ll do best if you cross-check their rates with those on sites like Hotwire or Priceline to be sure hotels with similar star ratings are priced similarly in your city, said Brian Karimzad, director of travel rewards credit card site MileCards.com.

“I love using HotelTonight for cheap hotel nights — because it lets you actually see the hotel you’re getting before you book,” he said. One downside: You likely won’t get any hotel points when you book through this site. Still, it doesn’t hurt to ask when you’re checking in, Karimzad said.

Avid flyers use FlyerTalk to share insider tips on everything from hotel deals to the best ways to use mileage points earned on a credit card. “These are people who really fly a lot, whether for business or because they want to have fun,” McCool said. “I call them ‘psycho frequent flyers’ because they fly that much.”

Advice from FlyerTalk recently saved McCool money on a rental car from Avis after someone posted a discount code for Avis cars booked through Priceline, cutting the price of his rental by about 40 percent, he said.

Newly hatched social media platform TalkTalkbnb connects travelers with hosts who want to learn a second language. In exchange for some chit-chat in an agreed-upon dialect, the host offers a room in his or her apartment completely free of charge — definitely a more frugal option for those looking to travel on the cheap.

“The platform allows people to cut travel expenses through free boarding in a foreign country in exchange for teaching their native language to whomever they stay with,” said Daphne Duong, who works as a PR representative for TalkTalkbnb. “In particular, families and students are able to use TalkTalkbnb as a powerful resource to learn, travel and save money.”

For travelers not interested in trading the comforts of a hotel just for cheap lodging, RoomerTravel offers yet another cost-saving option, Woroch said. This site connects savvy travelers with others who are stuck with a hotel room reservation they can’t change, then allows the traveler to purchase that unwanted room reservation for up to 74 percent below market price — a win for both sides.

Simply enter the city or ZIP code you’re visiting and your travel dates into the search bar to look for available rooms.

AutoSlash is an independent tracking app for car rentals that not only searches car rental companies for your specific needs, but also keeps track of your car rental to continue searching for better deals. McCool said he’s a huge fan, especially since the price on a car rental reservation he made a month ago has been slashed four times already.

“I haven’t had to do anything,” McCool said. “I could go back and constantly recheck auto rates, but with this I don’t have to. They do it for me. That sort of tool is very powerful when it comes to saving money.”

Searching for a hotel deal on Trivago is almost deceptively easy: Simply input the place you plan to stay, and the site will search hundreds of other sites to find a great room rate. This comparison-shopping agent can give you a sense of what the rates are for some of the places you’re interested in traveling, even if you ultimately book through another site, Blank said.

The site now also offers a free advice calendar, which provides up-to-date information on the most affordable times to go to different cities and the most popular months to visit. It also includes city-specific tips from local experts and suggested itineraries from Trivago partner agencies.

Momondo is Keyes’ favorite place to double-check prices. Google Flights searches big-name online travel agents like Orbitz, Priceline and Expedia, whereas Momondo searches the small ones that most people haven’t heard of but offer better prices on flights.

“These smaller online travel agents are trying to grab some market share and get people familiar with them, so they’re more likely to be selling flights at cost or at a loss, with the hope you’ll book a hotel or car through them, too,” Keyes said.

Because these smaller sites tend to charge more for cancellations and plan changes, only use Momondo if your plans are firm, he said. For more flexibility, the larger sites are the way to go.

Even with fuel prices at record lows, travelers going on long road trips this summer will benefit from using GasBuddy, Woroch said. GasBuddy tracks gas prices all over the country, so travelers can use the site — or its free mobile app, since you’ll be on the road when you need it — to find the most affordable gas station prices along their route.

Tracking airfares is one of the easiest ways to find a great deal on a trip you know you want to take, McCool said — and AirfareWatchdog can help you. The site also sends daily newsletters based on fares from your home airport, which can help you learn what normal fares are to places you’ve thought about visiting.

“If you see over and over that the fare is $800, and then you see it drop suddenly to $500, you’ll know a sale is going on, versus if you just plop the dates in and search one time,” McCool said. You can’t book flights through AirfareWatchdog, however, so plan to use another site for that part of the process, he said.