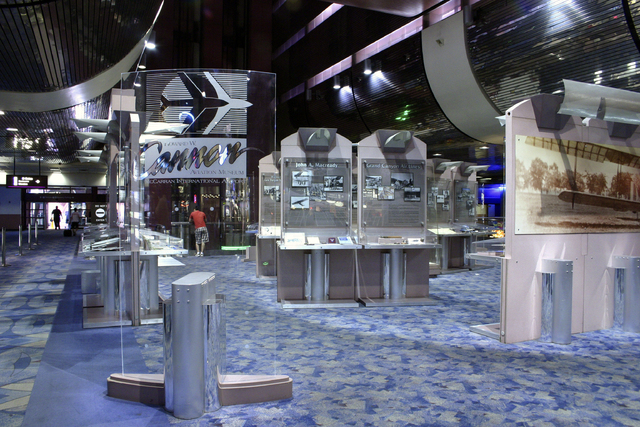 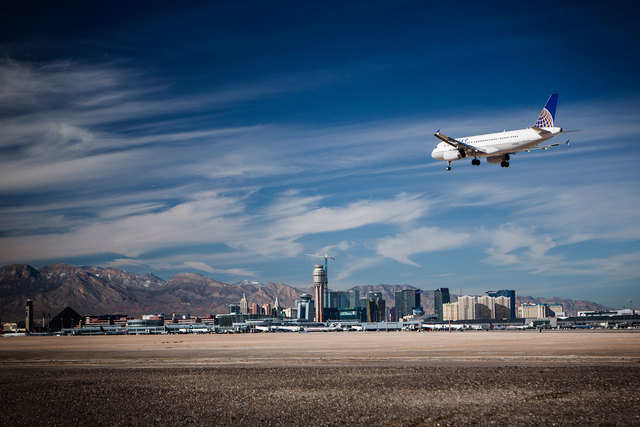 A United Airlines jet prepares to land at McCarran International Airport in 2013. Flights to and from McCarran were running smoothly Wednesday morning, Nov. 26, 2014, as holiday travel picks up, but traffic delays are increasing because of storms on the East Coast and in the Midwest. (Las Vegas Review-Journal file)

Having some time to kill at the airport may soon be something to anticipate.

Particularly if you like yoga, high-end restaurants, local breweries, gardens and a farmer’s market. And of course, slot machines.

Airports are upping the ante when it comes to their retail offerings. Their goal? Getting travelers to spend more.

There are 1,330 machines scattered throughout the local airport and in the last completed fiscal year that ended June 30, they generated $25.6 million. Because the Clark County Aviation Department is self-funded, that’s $25.6 million that won’t have to be generated through other means. That’s one way the airport keeps airfares down because among the other ways of generating revenue is to charge more to the airlines, which in turn recoup that from passengers through ticket sales.

McCarran also has a free attraction, the Cannon Aviation Museum. One of the most visible exhibits is a Cessna 172 single-engine plane that set the world record for the longest flight, operating continuously over the desert for 64 days, 22 hours and 19 minutes without landing, from December 1958 through February 1959.

The record-breaking aircraft is suspended over McCarran’s baggage claim area in Terminal 1.

The amenities, whether it’s slot machines or breweries marks a shift in travel, one official believes.

“There is nostalgia for the way travel used to be, a movement to finally return the romance that Americans used to have with air travel,” said MacAdam Glinn, national aviation director of Skanska’s Aviation Center of Excellence.

Retail concessions aren’t the biggest moneymakers for airports, but they can have lasting effects.

“That’s what people remember, that’s how people rank an airport: by what they can buy and eat,” said Andrew Weddig, senior vice president of airport consulting firm Unison Consulting.

Making sure passengers are relaxed before the flight is one way to leave a good impression.

Both O’Hare and Midway airports in Chicago have yoga rooms for fliers needing to find their inner zen before cramming into a crowded cabin.

Other airports are jumping on the local and artisanal food bandwagons to attract more passengers.

“We’ve seen a contraction in revenue from airlines so we have to look for new ways for making money,” said Joe Lopano, CEO of Tampa International Airport.

His airport is undergoing a $943 million expansion that increases the space for concessions by 39 percent. “Fliers don’t like to stray farther than two gates to make any purchases. You need to give them lots of options nearby.”

“When you move away from the standard offerings someone can get anywhere, you appeal to them on a different level which can make them more willing to spend money,” Weddig said.

At the Portland International Airport in Oregon, travelers can pick up a local delicacy before hopping on their plane at a farmer’s market associated with airport restaurant Caper’s Cafe. The market launched in June, starting with just local strawberries, but has since branched out and runs two to three times a week.

“We have enough interest and sales that there’s enough pressure for this to become a daily market,” owner Christian Joly said.

There’s also a vertical aeroponic garden in O’Hare that the restaurants use to grow food, and it also helps provide a more calming environment.

“It’s incredible that they are able to sustainably grow food on site to be served right there to the passengers,” Glinn said.