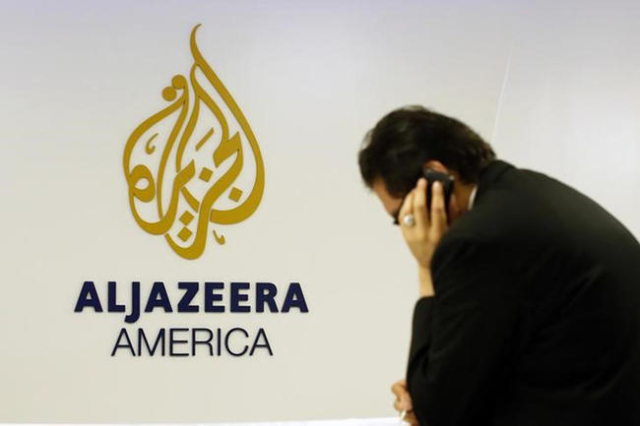 A man works at a desk in the Al Jazeera America broadcast center in New York, August 20, 2013. REUTERS/Brendan McDermid

NEW YORK — Al Jazeera America will shut down in April, sources at the company confirmed to CNNMoney.

The news was announced at a sudden staff-wide meeting on Wednesday afternoon.

An Al Jazeera spokeswoman did not immediately reply to a request for comment.

Al Jazeera America has been lauded for quality reporting and commentary, but its ratings have remained anemic since launch.

The reason for the channel’s suddenly questionable future appears to be the plunging price of oil, which dropped below $30 a barrel on Tuesday for the first time in 12 years. That’s significant because Al Jazeera America is owned by Al Jazeera Media Group, which in turn is owned by the government of Qatar.

Al Jazeera America launched in 2013 after its parent company in Doha bought Current TV from Al Gore and others for $500 million. The channel was billed as a more sober alternative to the rancor and sensationalism that typifies other cable news outlets.

“Viewers will see a news channel unlike the others, as our programming proves Al Jazeera America will air fact-based, unbiased and in-depth news,” the channel’s former CEO Ehab Al Shihabi said around the time of the launch.

But from the beginning, Al Jazeera America has been beset by lousy ratings and internal strife. Two former employees filed lawsuits last year against the company with charges of anti-Semitism and sexism in the newsroom.

Al Shihabi, who was named as a defendant in one of the lawsuits, was ousted in May and replaced by Al Anstey, who had previously served as managing director of Al Jazeera English.