If you are having problems accessing today’s e-Edition, please click on this link VIEW E-EDITION
By ART MARROQUIN LAS VEGAS REVIEW-JOURNAL
July 28, 2016 - 12:10 pm 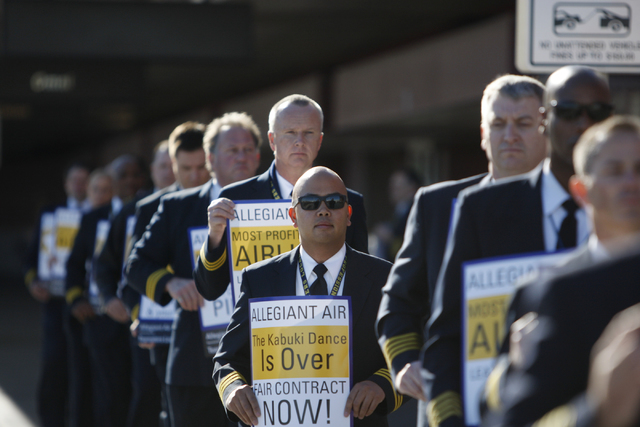 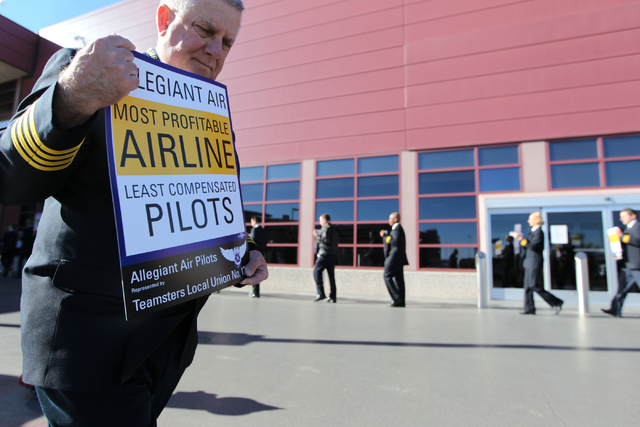 Pilots working for Allegiant Air on Thursday ratified their first union contract with the Las Vegas-based budget carrier in a deal that includes an immediate 31 percent pay raise, along with improved medical benefits, scheduling procedures and retirement plans.

More than 85 percent of voting pilots agreed to ratify the five-year pact that goes into effect Monday, following more than three years of bargaining between Allegiant and Teamsters Local 1224.

“This is a turning point for Allegiant pilots and our company, and we are looking forward to working with management to make our airline the best it can be for our passengers,” said Cameron Graff, an Allegiant captain who serves as chairman of the union’s executive council.

Allegiant’s pilots voted for representation by the Teamsters in August 2012. Company and union officials launched mediated sessions with the National Mediation Board in February 2014, until a preliminary deal was struck last month.

The contract offers a 150 percent increase in the company’s 401(k) matching contribution, up to four weeks of paid vacation and participation in safety programs offered by the Federal Aviation Administration.

“Having the first contract agreement with our pilots is an important milestone, and opens a new chapter for Allegiant,” Maury Gallagher, Allegiant’s chairman and CEO, said. “It is a good deal for our pilots while supporting our unique business model and ensuring a bright future working together on behalf of our customers.”

Last month, the FAA issued an audit that found Allegiant’s crew members did not consistently follow procedures, ramp personnel did not correctly complete forms and passengers were observed with excessive carry-on bags.

The FAA said that the issues were “minor” and Allegiant will not face penalties or enforcement action. Allegiant has until Sept. 30 to resolve the issues, and airline officials said that the company is already working toward addressing items cited in the report.

Allegiant, which connects resort cities with small towns with limited air service, also announced on Thursday that nonstop flights would start in October from Las Vegas to airports in Oakland, California and Kansas City, Missouri.

The carrier is expected to report second-quarter earnings during a conference call to shareholders set for Friday morning.