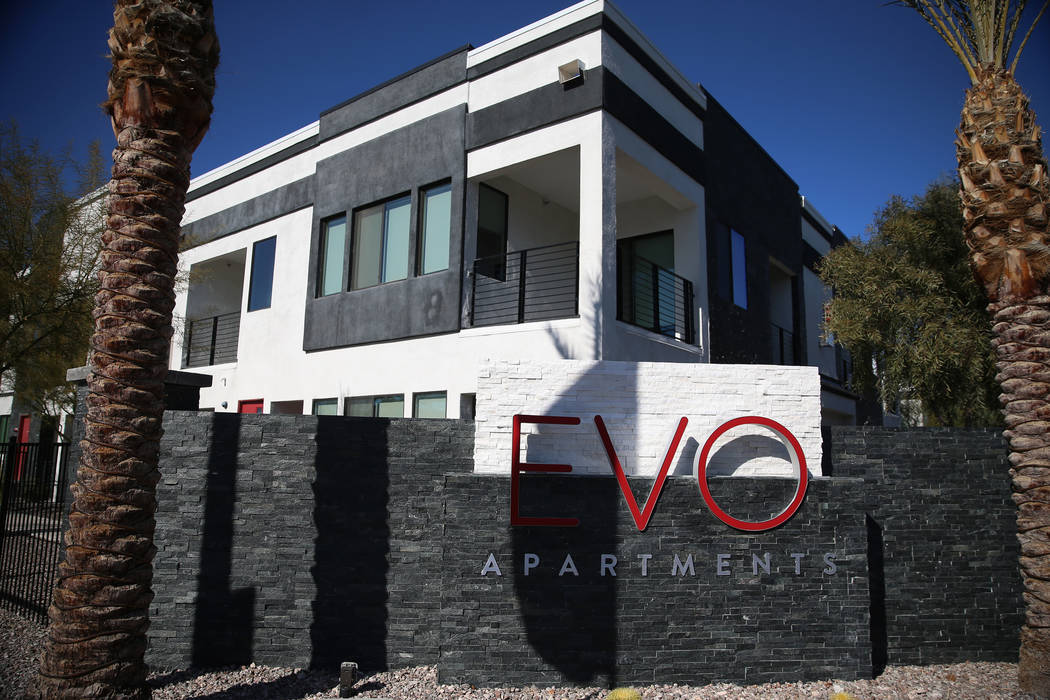 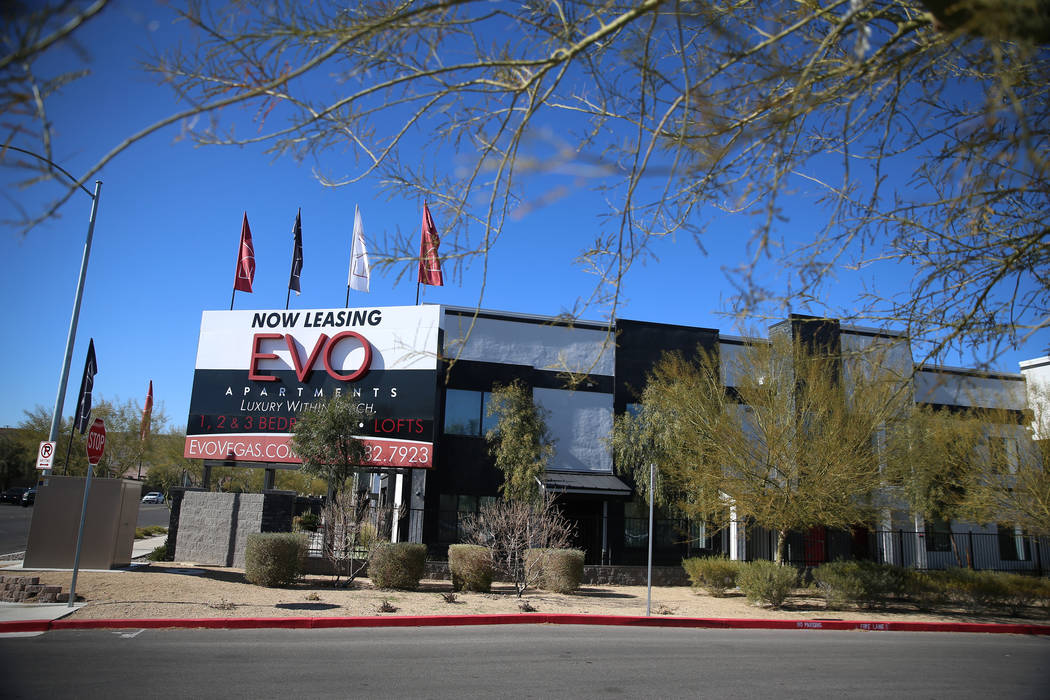 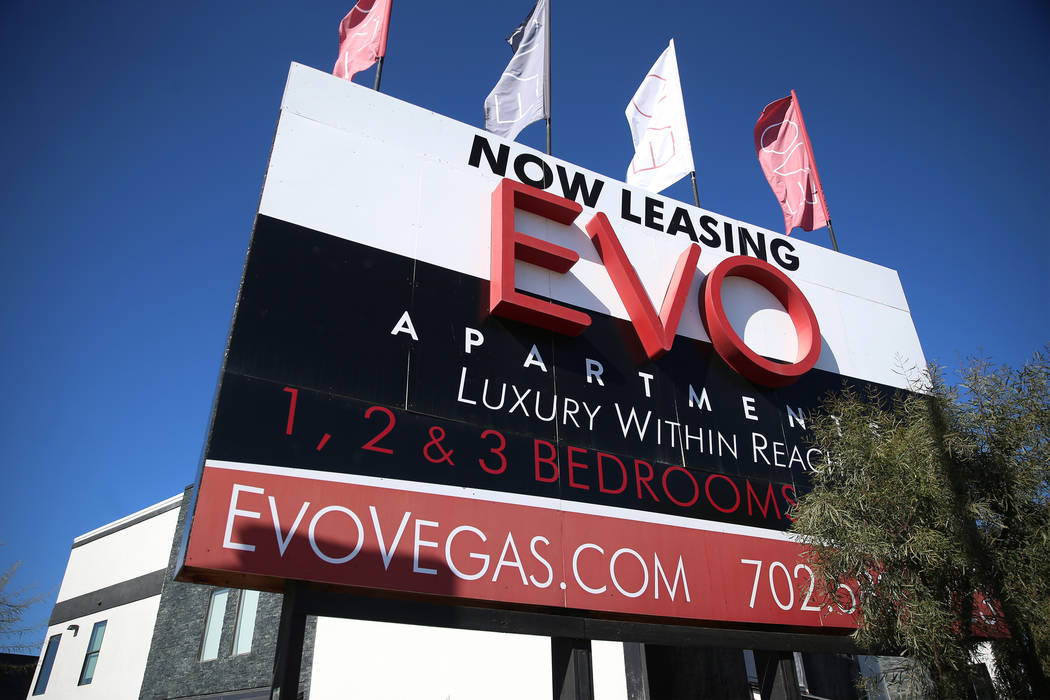 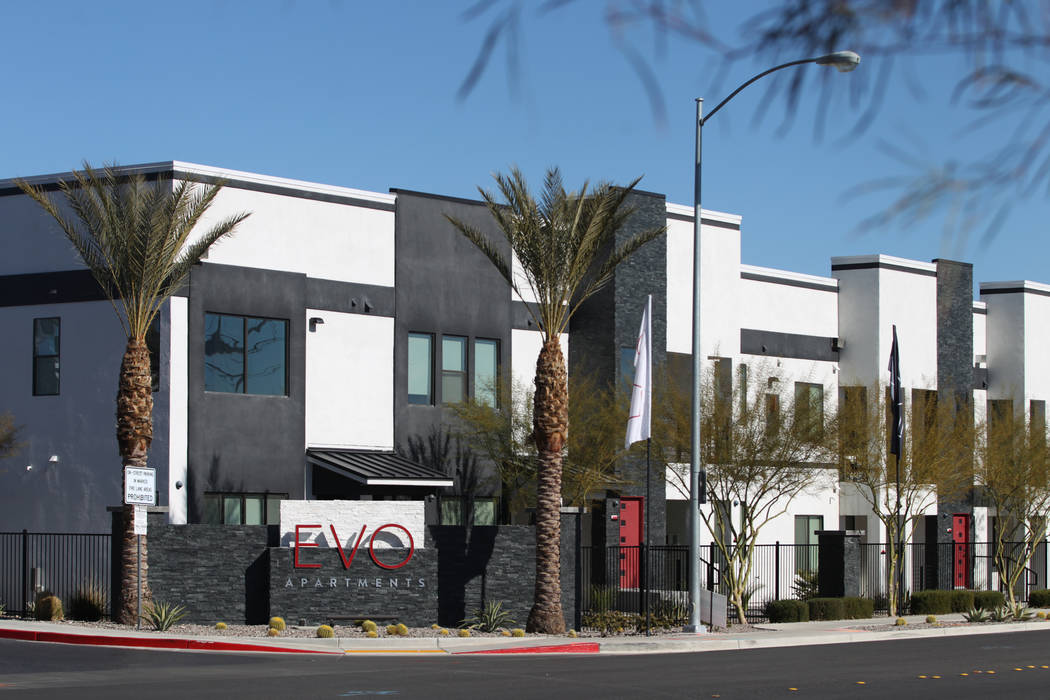 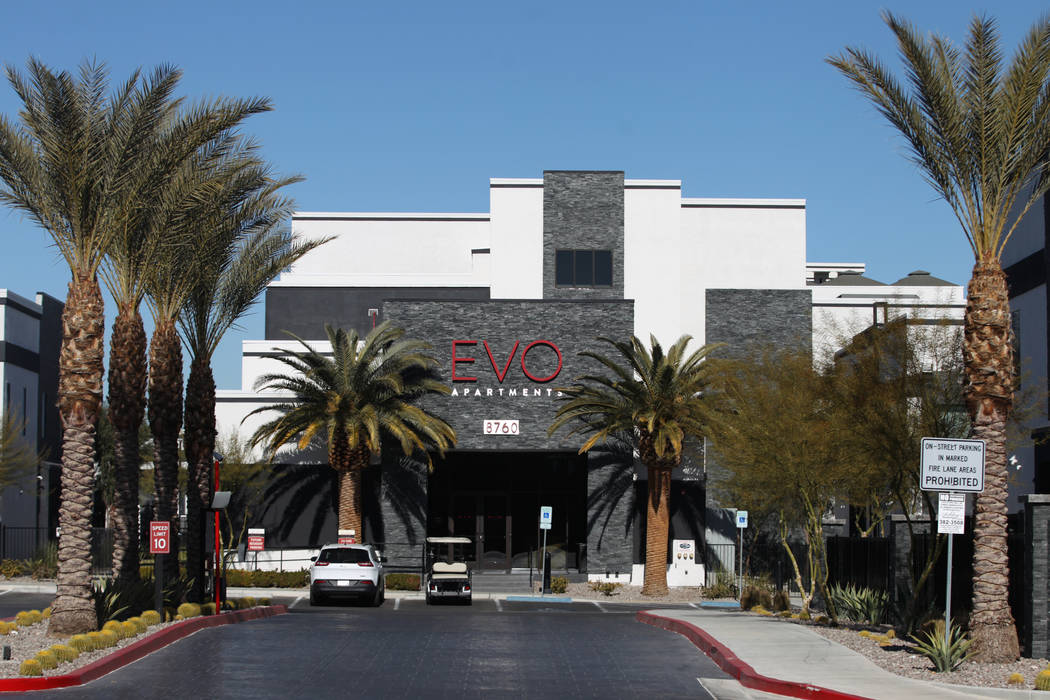 Evo, an apartment complex in the Las Vegas suburbs, features an indoor basketball court, steam and sauna rooms and a rooftop lounge.

It sold last month for more than $100 million.

Southern Nevada’s apartment market heated up over the past several years with a flood of new projects and lucrative investor purchases.

The market has tapped the brakes lately with slower rent growth and a slight uptick in vacancies, but in a sign of the ongoing rental fervor, several properties traded for $100 million or more in the past year.

Not all $100 million sales are the same, as apartment-complex values are better measured by price per unit, not the total dollar amount. But the burst of deals underscores investors’ expensive gamble that demand for Southern Nevada rental housing won’t wane.

When the valley’s current apartment-construction boom got underway about five years ago, real estate pros weren’t sure whether too many developers were targeting the same, possibly small pool of potential renters.

But buildings have filled up, tenants have paid ever-higher prices, and landlords keep buying properties at escalating values.

Scott McClave, senior principal of acquisitions and finance at The Bascom Group, which sold three Las Vegas properties a few months ago in a $241 million bulk deal, told me last month that the valley is consistently at the top of investors’ lists of where to put money and that there was robust demand for his group’s complexes.

Nearly 40 offers came in, including 10 for the entire three-property portfolio.

Landlords have bought plenty of newer projects, but they’ve also shelled out big bucks for older ones. Vegas Towers, near UNLV, was built in 1974 — about 100 years ago by Las Vegas real estate standards.

Of course, real estate is prone to cycles, and Las Vegas, with its hot and cold streaks, is more volatile than most cities. It’s anyone’s guess what the apartment market will look like in a year or two, but for now there are signs that things are cooling off.

Average rents for Las Vegas-area apartments are up 4.5 percent from a year ago, down from an annual gain of 7.4 percent the year before, and the market’s vacancy rate was 6.5 percent at the end of 2019, up from 6.2 percent a year earlier, the Nevada State Apartment Association recently reported.

Does that mean the market is about to slam the brakes? Probably not. Las Vegas’ population is growing, and the economy overall is on solid footing, helping fill apartments.

The apartment market won’t boom forever. But even a collapse wouldn’t seem likely to cause systemic financial damage, like last decade’s housing bust, which all but sank the economy.

If anything, the apartment market would do a 180 from today: Landlords would scramble to keep tenants and cut your rent.