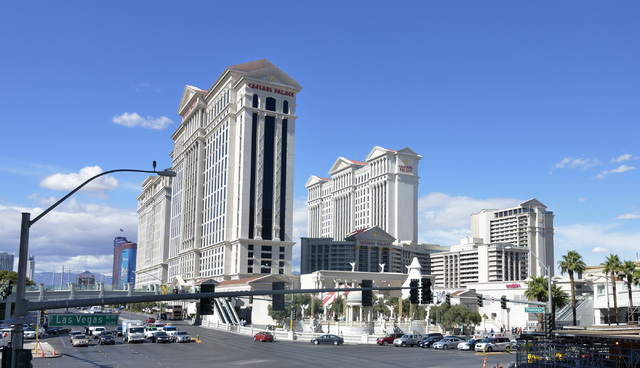 The partnership between Caesars’ Total Rewards and Starwood’s Preferred Guest begins Jan. 9. Customers who link their accounts will be able to earn points and credits for stays and other benefits at participating hotels and resorts across both networks.

“This partnership sets Caesars and Starwood apart by allowing members to both earn and redeem points while doing the things they love most,” Caesars Chief Marketing Officer Tariq Shaukat said in a statement.

Caesars says it has more than 45 million Total Rewards members.

In addition to hotel rooms, customers will able to redeem points for various events including a Britney Spears concert weekend at Planet Hollywood and a “Hangover”-themed weekend at Caesars Palace.

The arrangement between Caesars and Starwood is not unique. Earlier this year, MGM Resorts International and Hyatt Hotels Corp. announced a similar deal.

“We know our members enjoy music, sports and culture, but they also want access to entertainment and gaming as only Las Vegas can offer,” Starwood Senior Vice President Mark Vondrasek said in a statement.