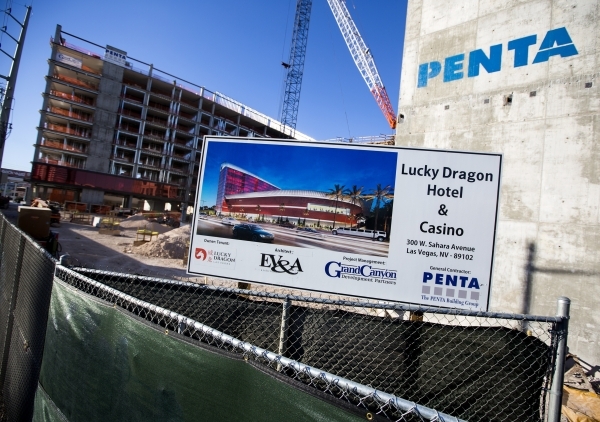 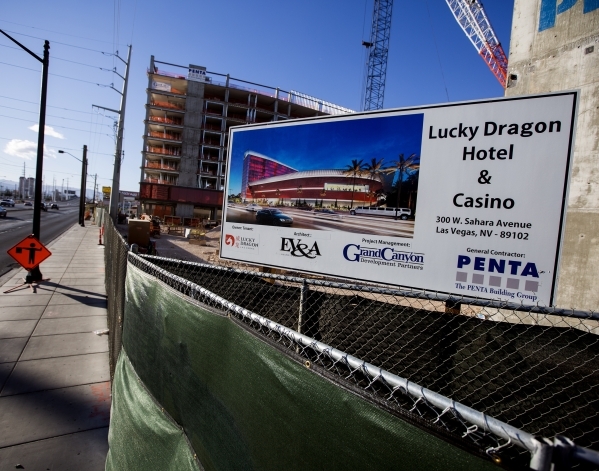 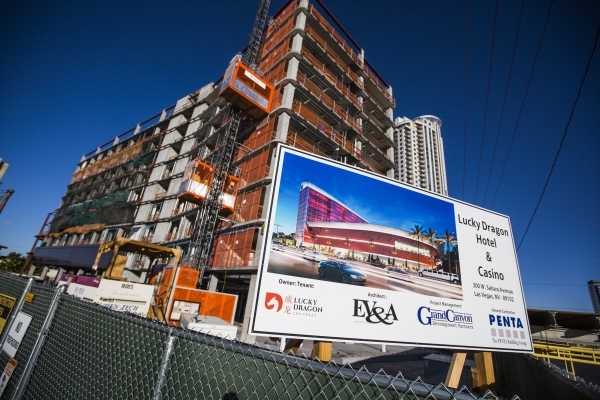 In a gaming pantheon bejeweled with mega-resorts, the Lucky Dragon Hotel & Casino won’t set records. But it remains an important development for the city of Las Vegas.

Under construction on Sahara Avenue just west of Las Vegas Boulevard, the Lucky Dragon features a nine-story tower and more than 200 rooms above a casino that will cater to Asian gamblers. Contractor Penta Building Group topped off the tower in a ceremony Sept. 11, and casino and business publications have been enthusing about the pace of construction and potential of the project. The project manager has called the construction schedule on the 2.5-acre site “aggressive.”

No doubt part of that confidence is linked to the project’s high-profile investors, longtime real estate developer Andrew Fonfa and veteran gaming industry executive William Weidner. Fonfa developed the flashy Allure condominiums adjacent to the Lucky Dragon site, and Weidner is the former Las Vegas Sands president who has been planning casinos worldwide in recent years. (The Lucky Dragon was originally intended to be Allure’s second tower.) The project also has planned to benefit from passive financing through the federal EB-5 program, which enables qualifying foreigners to gain permanent U.S. residency if their investments generate a substantial economic impact and employment.

The development also promises to improve the tattered edge of Las Vegas proper and employ hundreds while turning a handsome profit for investors. That sounds like a good business deal all the way around, right?

But that’s not good enough for the Lucky Dragon’s developers. Its executives are scheduled to press their luck Wednesday with a request to the Las Vegas Redevelopment Agency for tax increment financing (TIF) approval. A TIF is a public subsidy that diverts property tax value increases for use in redevelopment areas. The company is attempting to receive the incremental difference in an effort to finance $30 million at a time, it contends, or the project could be shuttered. It’s a jackpot worth millions.

“Lucky Dragon has a Letter of Intent in place with First Foundation Bank for development financing of up to $30 million,” the company states in information provided to the city. “However, First Foundation will not issue any portion of the loan until the project obtains a material credit enhancement such as TIF financing, or raises an additional $25 million in EB-5 on top of the $60 million already raised. It has taken a significant amount of time, effort and capital to raise the initial $60 million in EB-5 funds for Lucky Dragon, and given the uncertainty and extended timeline required to raise EB-5 funds, Lucky Dragon will be forced to cease all development activity in the coming months.”

That would be terrible news for current investors and bad news for the city, which would like its southern entrance to sparkle.

But that doesn’t mean Lucky Dragon should receive a nickel in redevelopment largesse.

Although the request isn’t unique, redevelopment staff clearly recognizes it as extraordinary.

There are simple reasons. Casino developments are supposed to nail down their own financing before breaking ground. And there’s a phone book full of local casino resorts large and small that have managed to build and do business in a highly competitive market without receiving handouts from government that divert funds from city parks and programs.

“Consideration should be given to whether existing private financing is sufficient to enable downtown hotel-gaming properties to be improved and new ones to be built,” the agency’s meeting notice states.

Ward 3 City Councilman Bob Coffin has watched the area struggle for many years and believes the Lucky Dragon can bring substantive change. He’s amenable to an assist from the city.

“It (TIF) is of the ordinary, but how often do these things happen?” Coffin asks. “It’s not an ordinary occurrence that people build casinos and hotels to employee people and brighten up a blighted area.”

If lending is as difficult as it claims, it’s conceivable the casino’s wealthy developers will hit a redevelopment jackpot.

But it’s bound to make downtown casino operators who weathered the recession and are investing millions in their own properties wonder about the amazing luck of the Lucky Dragon.