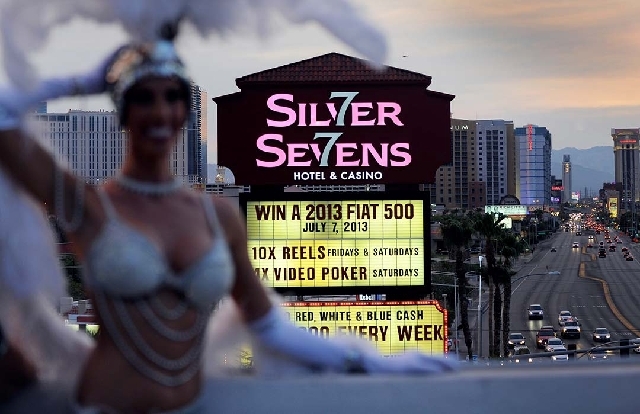 During the latest quarter, Affinity completed the renovation of Terrible's into the Silver Sevens, seen here July 1.

Casino operator Affinity Gaming said Tuesday it reversed a second quarter net loss, due in part to a full quarter of results from the Las Vegas-based company’s three casinos in Colorado.

Affinity, which operates 12 casinos in Nevada, Colorado, Iowa and Missouri, said its net income in the quarter that ended June 30 was $1.1 million, compared with a net loss of $1.8 million in the same quarter a year ago.

“Continued economic weakness affected our top line results, however, through our cost control initiatives, we were able to increase our property adjusted (cash flow) from the prior-year quarter,” Affinity Chief Executive Officer David Ross said in a statement.

The company has publicly owned debt.

Affinity operates six casinos in Nevada, including the off-Strip Silver Sevens and the three Primm resorts. Overall revenues from the Nevada casinos fell 12.8 percent to almost $59.8 million, which company officials said was primarily due to reduced visitation at the Primm resorts.

“As we move further into 2013, we continue to improve our marketing and promotional activities, in addition to maintaining cost-savings initiatives at all of our properties,” Ross said.

Also during the quarter, Affinity completed the renovation of Terrible’s into the Silver Sevens.

Ross said an increase in gasoline prices, higher payroll taxes and other “macro-economic factors” all played a part in reduced customer spending habits that have been experienced by casino companies operating in the regional gaming markets.