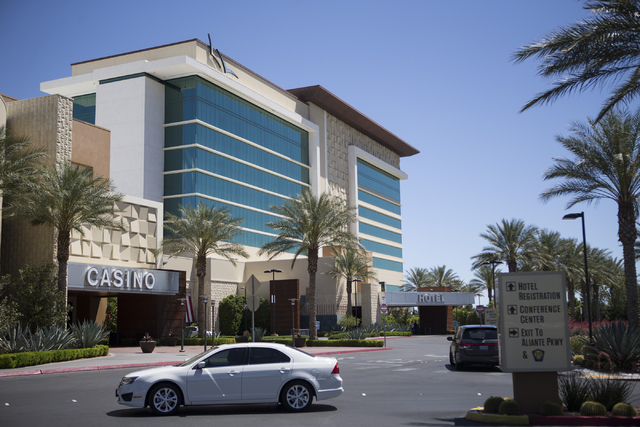 Boyd Gaming has completed the $380 million acquisition the Aliante Hotel in North Las Vegas and has begun selling rooms on the company’s website.

“As the premier gaming asset in North Las Vegas, Aliante provides a tremendous opportunity to participate in the long-term growth of the northern part of the Las Vegas Valley,” Keith Smith, president and CEO of Boyd Gaming, said in a statement announcing the closing of the deal. “We see a bright future ahead for Aliante and we look forward to working with its talented team members in helping the property realize its full potential.”

Company officials said Tuesday the resort would be unchanged for the foreseeable future and that the hours of existing amenities would remain the same.

The biggest change Aliante customers will begin seeing is the transition to the Boyd sports book management. The 170-seat race and sports book will be posting Boyd lines and bettors will soon be able to use B Connected Sports, the company’s mobile wagering smartphone application.

Boyd officials said the transition to the company’s B Connected loyalty card program would occur in 2017.

Boyd has never had a property in North Las Vegas but is enthused about the prospect of 20,000 homes being built in the area and 120,000 new jobs on the horizon in the next five years with the arrival of Faraday Future, Hyperloop One and their affiliate companies.

Aliante has five restaurants, a spa, a 16-screen movie theater complex, a resort-style pool and an outdoor lounge area.

For Boyd, Aliante is the company’s 10th property in Southern Nevada and 22nd in the Boyd chain. By the end of the year, pending regulatory approval, the company expects to have two more Southern Nevada properties — one of them in North Las Vegas — with final approvals on the $230 million acquisition of Cannery Casinos LLC. That deal will include the 201-room Cannery on Craig Road, west of Interstate 15, and the 307-room Eastside Cannery on Boulder Highway.

Aliante, initially opened by Station Casinos in November 2008, has 211 hotel rooms and a 125,000-square-foot casino. Twelve banks and private-equity investors took over the property when Station filed for bankruptcy protection in 2009.