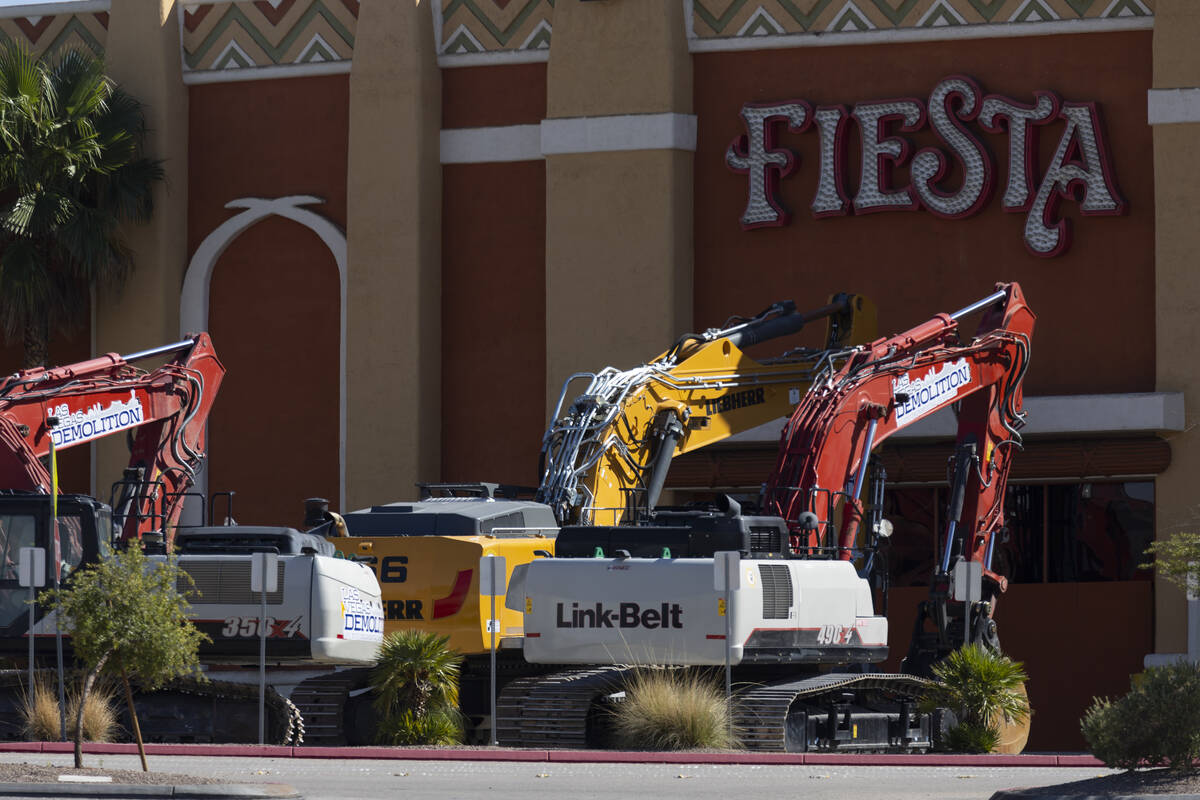 The city of Henderson might buy a former Fiesta casino site for more than $30 million, a hefty taxpayer purchase that could lead to a new sports facility.

Henderson City Council members are scheduled Tuesday to consider plans to buy the 35-acre former Fiesta Henderson property from Station Casinos. The locals-focused casino chain recently demolished the hotel, which had been closed since the onset of the pandemic.

City officials are considering building an indoor recreational facility on the site that could include basketball and volleyball courts and baseball and softball diamonds that can be converted into turf fields, according to Henderson documents, which do not say how much the complex might cost or when it would be built.

Jared Smith, Henderson’s director of economic development and tourism, said the sports project would be a big asset for residents and spark tourism to the area.

He also said the property is a “gateway” to the city’s downtown, noting it’s right off the freeways as drivers head toward Water Street.

Asked if there were any concerns about the city making such a big purchase upfront, he said Henderson’s elected leaders have been very supportive of youth sports and making the city a national leader in the field will have a huge “return on investment.”

The city would buy the property, on Lake Mead Parkway near the 215 Beltway-U.S. Highway 93/95 interchange, for $32 million, below its appraised value of $56.4 million, city documents show. Most of the money would come from Henderson’s Redevelopment Agency.

The sale is expected to close by month’s end, Smith said.

According to a staff report, the city “consistently ranks below the national average for the number of recreational centers per resident,” and public surveys indicate Henderson residents want more facilities.

Details of the envisioned sports complex will be determined through a planning process, said Smith, who confirmed the city approached Station about buying the site.

Fiesta’s parking garage has not been demolished, at the city’s request, he said.

Station, which has extensive land holdings around the Las Vegas Valley, has been trying to unload some properties as part of a broader effort to overhaul its presence in the region.

It recently sold 21 acres next to its under-construction Durango resort, in the southwest valley, for nearly $24 million to an apartment developer.

It also wants to sell two shuttered casino sites in North Las Vegas. Station parent company Red Rock Resorts announced this summer it would tear down Fiesta Henderson, Fiesta Rancho and Texas Station — all of which had been closed since the pandemic hit in 2020 — and sell the sites.

The real estate sales by Station would raise cash as the company pushes ahead with construction projects.

Station’s Durango resort is expected to cost $750 million, and the company has talked about developing other plots of land with the goal of doubling its portfolio by 2030.

It recently closed the purchase of nearly 67 acres in North Las Vegas for $55 million, after it landed approvals for a new 600-room hotel project on the site.

Scott Kreeger, president of Red Rock Resorts, told the Review-Journal this fall that the North Las Vegas project was further down the development pipeline.

It might first break ground on projects in Henderson’s Inspirada community, in the upper northwest valley’s Skye Canyon community, or at Las Vegas Boulevard and Cactus Avenue several miles south of the Strip, Kreeger said.