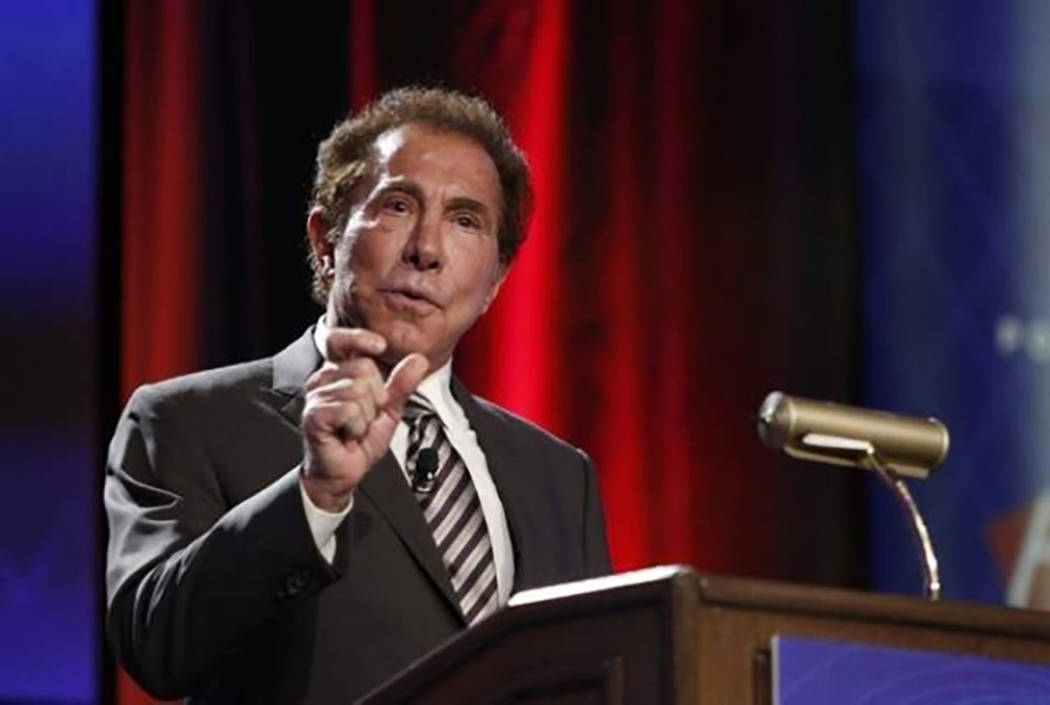 Steve Wynn and his ex-wife, Elaine, agreed Monday to settle remaining court claims that he breached their shareholder agreement.

The settlement ends a nearly six-year court battle between the couple who divorced for a second time in 2010. Jury selection for the civil case was scheduled to begin Monday.

“Mr. Steve A. Wynn announced today he has resolved all outstanding legal issues with his former wife, Elaine Pascal Wynn,” an emailed statement from Steve Wynn’s representatives said. “Mr. Wynn expressed gratification that he was able to put all of the personal unpleasantness of the last few years between he and Ms. Wynn behind him.”

The company and Sinatra also released their claims brought against Elaine Wynn.

Under the terms of that settlement, neither the company nor Sinatra made any payments.

“I am pleased this litigation has now been resolved,” said Elaine Wynn, who co-founded the company.

In her breach-of-contract suit, Elaine Wynn said she was not renominated to a position on the company’s board of directors in 2015 because she was raising questions about misconduct by company executives. Her lawsuit sought $460 million in compensation.

Court and company observers were expecting a settlement to occur after damaging testimony that was presented in open court in March. District Judge Elizabeth Gonzales ruled late in the month that the testimony would be allowed in the civil case.

In testimony before Gonzales, attorneys for Elaine Wynn hinted at a second settlement with an alleged sexual harassment victim and that the company fired two executives for illegal sports wagering and other alleged executive misconduct.

A deposition detailed in a court hearing also said Steve Wynn skipped his company’s sexual harassment training sessions. According to the deposition, when asked whether he attended, Wynn replied, “No, I don’t need it.”

Regulators in Massachusetts, Nevada and Macau, as well as a special committee of independent board members, are investigating the sexual harassment allegations.

The company is about a year away from completing its $2.4 billion Wynn Boston Harbor resort in Everett, Massachusetts.

Last week, Steve Wynn, through an attorney, said he wouldn’t respond to any more of the Massachusetts Gaming Commission’s inquiries about the allegations, because he’s no longer licensed and has no financial interest in the company he co-founded.

Commissioners said Thursday the investigation would continue and they’ll consider Wynn’s assertion that he’s no longer a “qualifier” as part of the project.