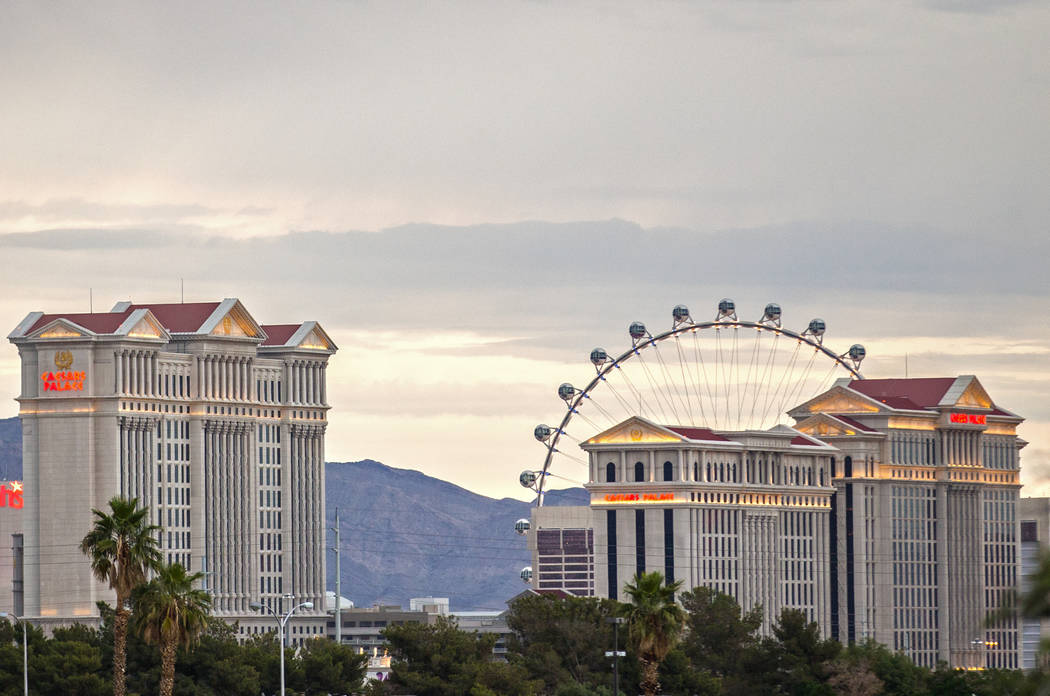 An ESPN studio is moving to the Strip.

The sports news outlet is teaming up with Caesars Entertainment Corp. to build a new ESPN-branded studio at The Linq Hotel, where the company will create sports betting-related content to share around the world. Financial terms were not disclosed.

According to analysts, this partnership — with other, similar sports betting deals that have formed in recent months — is a sign the media industry is playing an increasing role in the sports betting industry.

The new studio will launch next year and will “play a vital role during major sporting events,” according to a joint statement from ESPN and Caesars. The space will serve as a hub for a variety of content, including digital and social shows, ESPN.com and the ESPN app and will work on shows like the Daily Wager.

ESPN will incorporate Caesars data and branding into its programming within the coming weeks, including odds information generated by Caesars.

“Working with a category leader like Caesars Entertainment will help us serve these highly engaged, diverse sports fans with the best and most relevant content possible,” ESPN Vice President of Business Development Mike Morrison said in the statement. “The sports betting landscape has changed, and fans are coming to us for this kind of information more than ever before.”

Connor Schell, executive vice president of content for ESPN, said a studio presence in Las Vegas will allow the company to create content that taps into the growing sports culture in the valley.

“Las Vegas has become an epicenter of sports culture,” Schell said in the statement, pointing to the arrival of the Vegas Golden Knights and Raiders, events such as the NFL Draft and NBA Summer League and an increased interest in betting among sports fans.

Brendan Bussmann, a partner at casino research firm Global Market Advisors, said the deal shows how Las Vegas is earning the title of “sports and entertainment capital of the world,” and he believes the key to operators’ success is in learning how to transition casual fans into those familiar with the sports betting world.

“Clearly, Caesars and ESPN see the opportunity to engage together to reach fans across all of sports,” he said. “The future is on fan engagement and sponsorship opportunities.”

Earlier this month, Fox Sports announced it’s buying just under 5 percent of The Stars Group, the parent company of PokerStars. The companies will offer sports betting under the name Fox Bet in legal states.

Last year, MGM Resorts International signed a sports betting deals with the NHL, Major League Baseball and the NBA. This year, it added a wagering partnership with Major League Soccer.

Bussmann said Caesars is taking a different approach than MGM by focusing on media companies.

Three months ago, Caesars announced a partnership with the Bleacher Report, a sports website owned by Turner Sports, to build a branded studio inside its Caesars Palace sportsbook. At that time, analysts had speculated that other national networks like ESPN could follow suit.

“Today’s announcement shows how media will continue to elevate their role into the emerging U.S. sports betting market,” Bussmann said via email. “Caesars continues to show that it values partnerships with various media outlets to try and reach today and tomorrow’s sports bettor.”

DeCree said the strictly-media aspect of the deal was essential because ESPN’s parent company, Walt Disney Co., has made it clear it does not want to cross over into the gaming industry.

“Media companies are going to be a huge involvement in sports betting,” DeCree said. The deal shows a “commitment (from Caesars) on building a sports brand. … I wouldn’t be surprised if we see another media deal like this.”