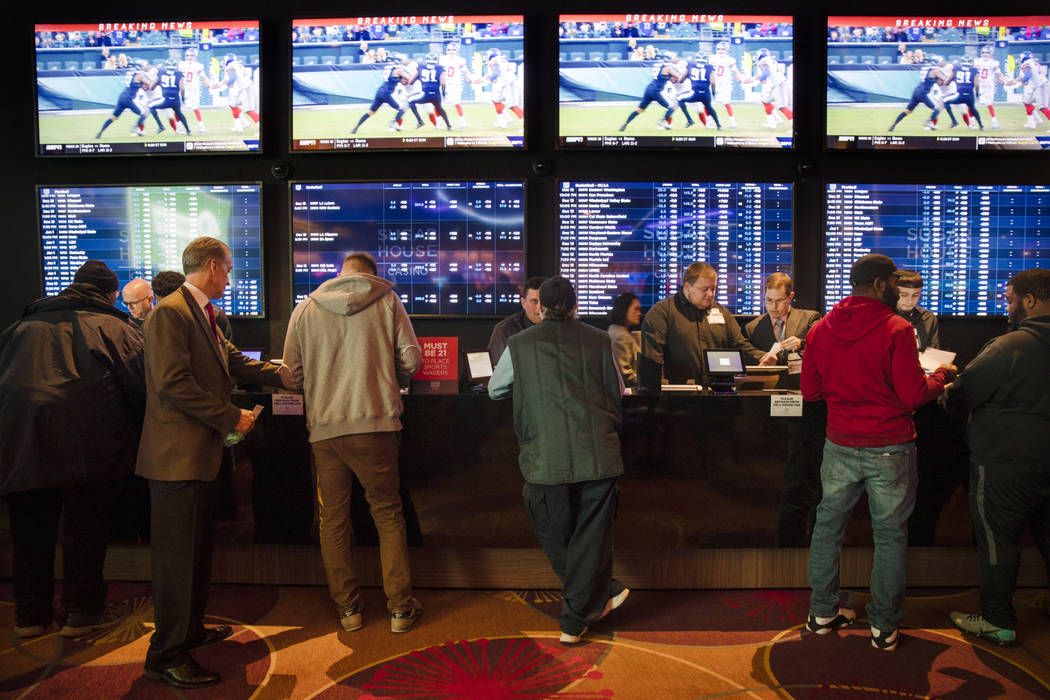 Sports betting legalization is moving at a fast clip, with bills pending in 15 states, an industry lobbyist said.

Ten states and the District of Columbia have launched or authorized sports betting since the Supreme Court overturned the ban on wagering in most states in May.

FOMO, or fear of missing out, is pushing others to quickly follow suit, according to Sara Slane of the American Gaming Association.

“It has certainly moved a lot faster than anyone thought it would,” said Slane, the association’s senior vice president for public affairs and lead sports betting lobbyist, during a conference call Wednesday.

More than half the pending bills would allow mobile wagering, which would give access to those who don’t live near a casino.

“States are not taking their foot off the gas pedal in being able to offer” mobile wagering, she said.

The fact that five of the 15 states considering legalizing betting still don’t permit casinos is a sign of the strong demand among residents for wagering, said Slane.

More states could submit legislation this year, she said.

Chris Grove, managing director at Eilers & Krejcik Gaming, said that even though states are showing “significant momentum” on bills, political fights over certain elements could derail legislation in a number of states.

The conference call Wednesday coincided with the association’s publication of polls it financed to study attitudes around the U.S. toward sports betting.

In a survey of 1,020 registered voters carried out in November and December by Heart and Mind Strategies, nearly eight out of 10 respondents said they support legalized sports betting, an all-time high.

In a Mellman Group poll of 1,000 voters in September, nearly two-thirds of respondents said they approved the Supreme Court’s decision to overturn the wagering ban.

The American Gaming Association has been aggressively promoting legalization of sports betting around the country, saying it is what Americans want and it will reduce the enormous black market and boost tax revenues.

This week the group said it expects about $6 billion to be wagered on Sunday’s Super Bowl, more than the entire U.S. legal betting handle for 2018.