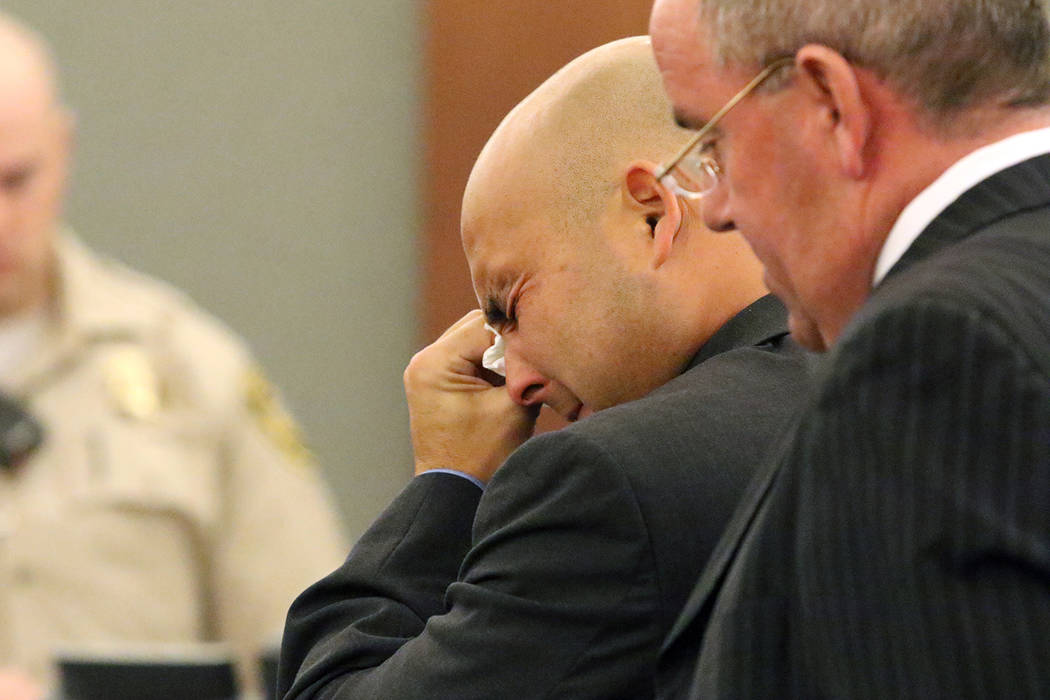 Mark Branco, left, is overcome with emotion while speaking to Judge Valerie Adair at Regional Justice Center Tuesday, April 12, 2016, in Las Vegas. Branco’s attorney Andrew Leavitt stands at his side. Branco was sentenced to prison for his role in a two-year $1 million craps scheme at the Bellagio. Ronda Churchill/Las Vegas Review-Journal 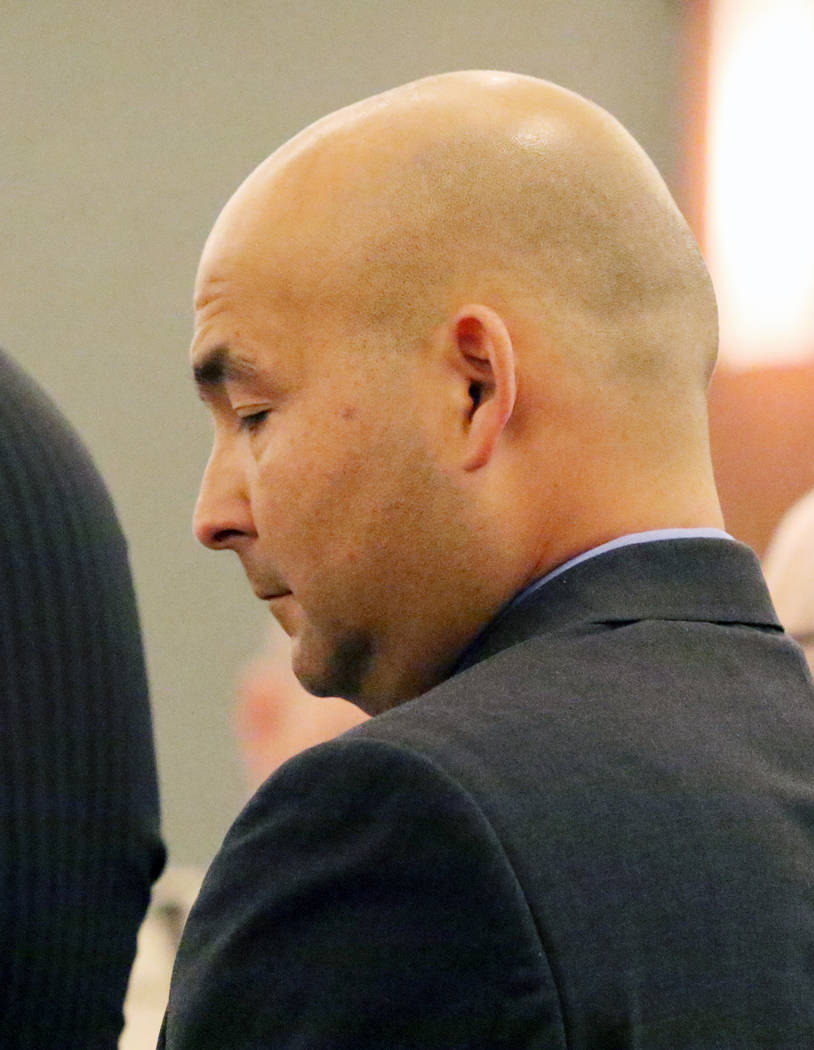 The ringleader of a group that scammed the Bellagio out of an estimated $1.2 million through craps has been the 36th person placed on the “black book,” Nevada’s list of excluded persons.

Mark Branco was convicted of theft and cheating at gambling by the Clark County District Court, along with Anthony Grant Granito, James Russell Cooper and Jeffrey Martin, and sentenced to prison in April 2016. Branco received the longest prison sentence of the group — four to 10 years — and was recently released. Branco did not attend the Commission meeting.

A former Bellagio craps dealer, Branco led the scheme between August 2012 and July 2014. The group was discovered when casino authorities noticed they had defied 452 billion-to-1 odds.

Bellagio dealers Branco and Cooper had been making phantom hop bets along with friends Granito and Martin. A hop bet is a high-risk, one-time proposition where players verbally wager the number they believe will be rolled next.

After winning nearly impossible odds, Gaming Control Board agents looked into the anomaly and determined that the dealers were “throwing the game” to their friends.

As a newly appointed member of the black book, casinos across the state have been directed to keep Branco out, and can call law enforcement if he appears on their premises.