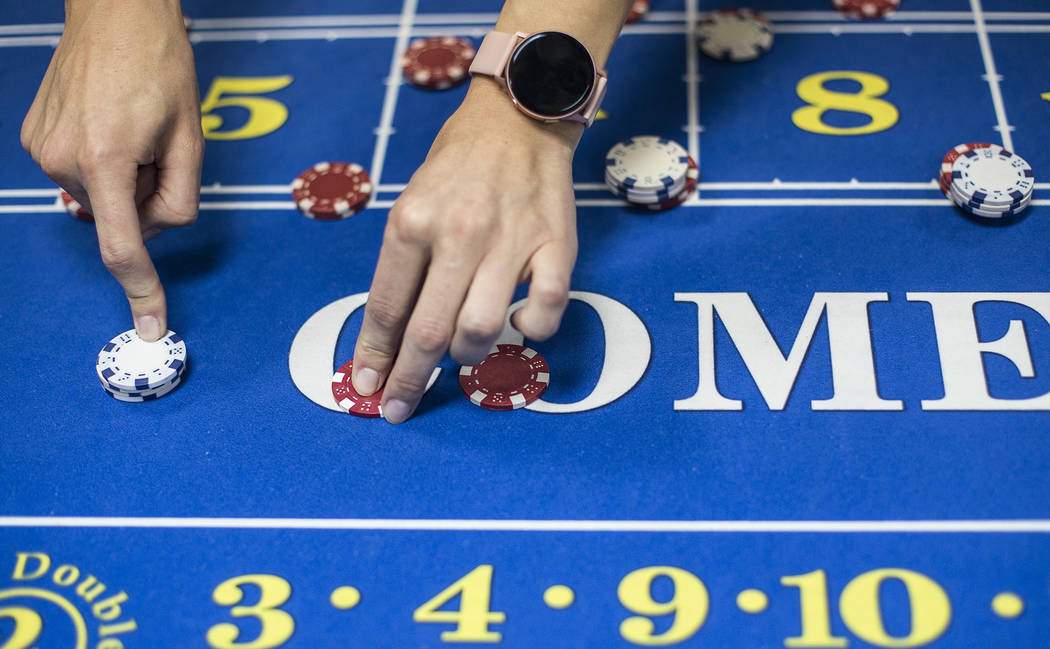 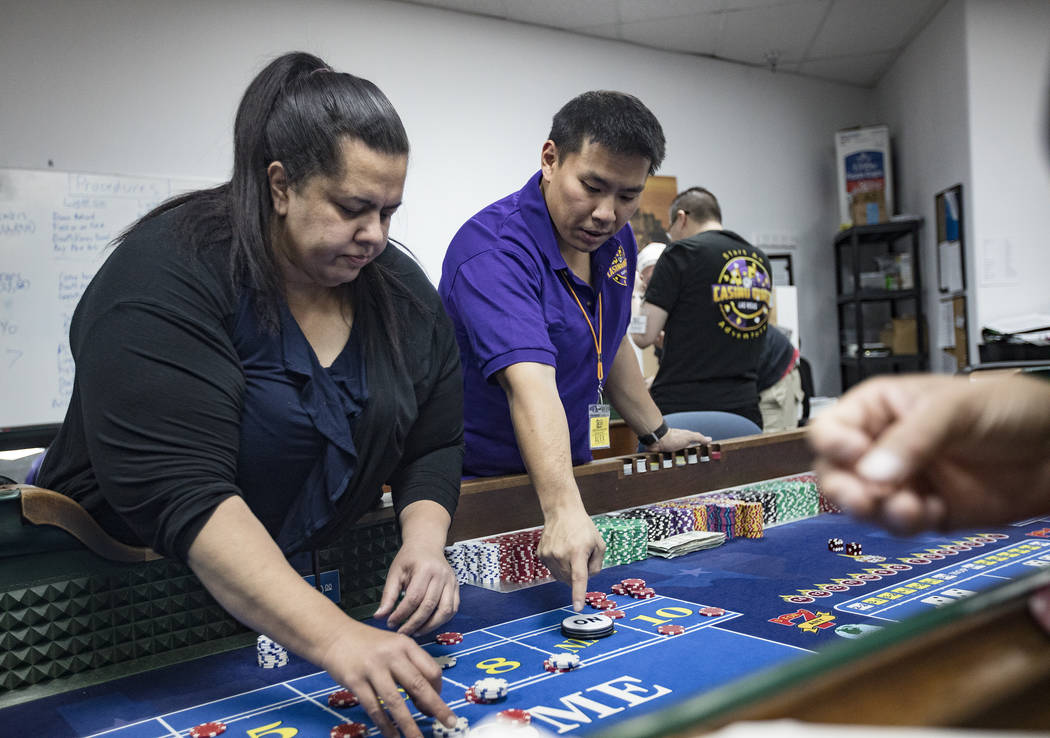 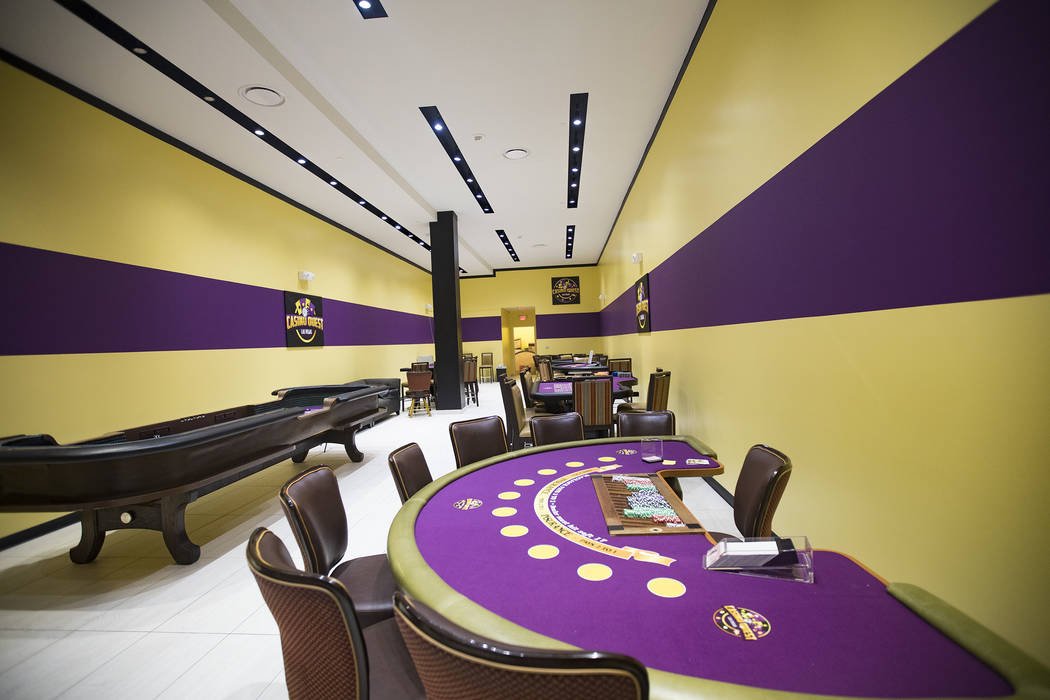 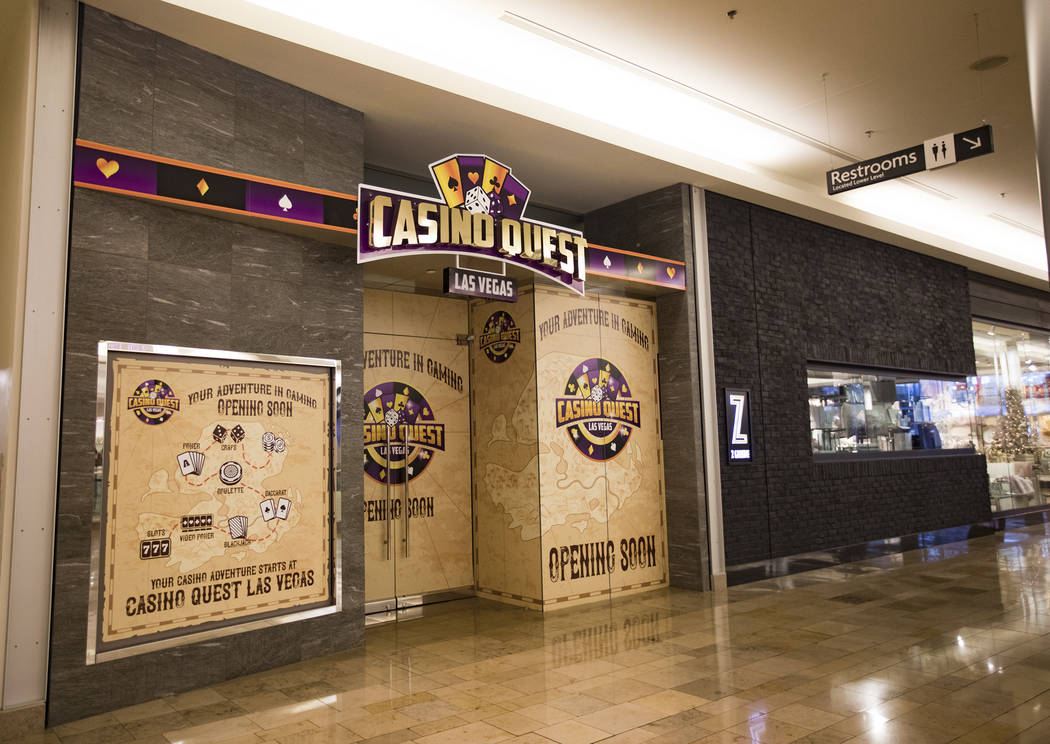 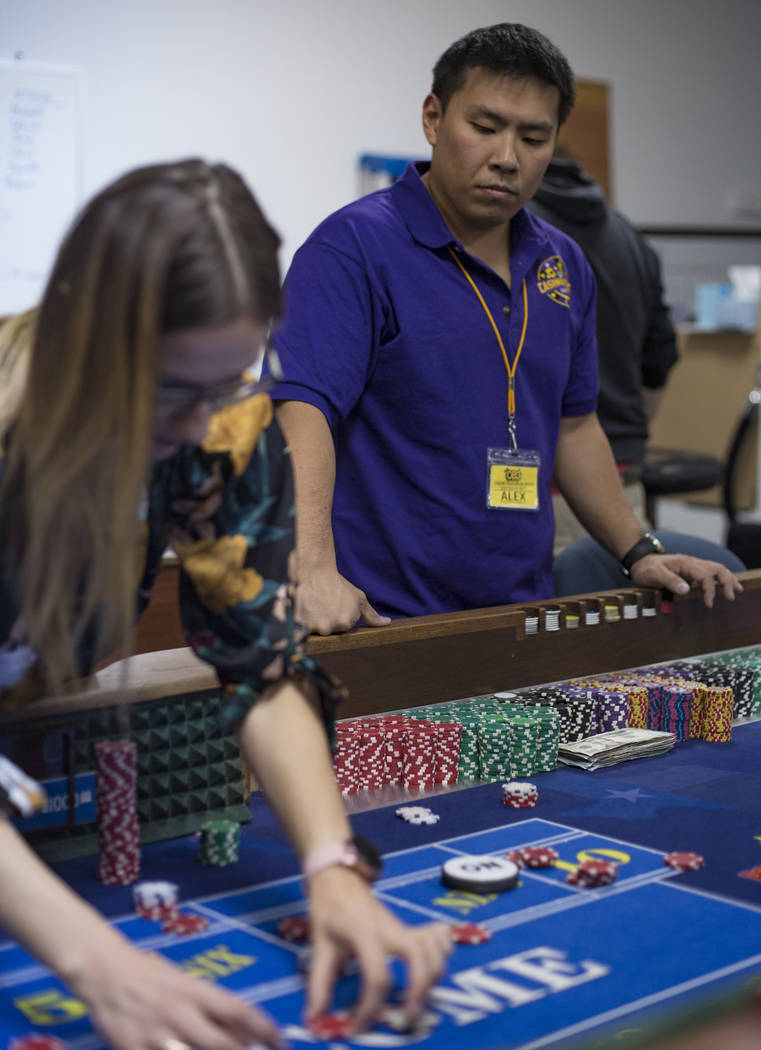 The best way to attract new players to table games? Take away the gambling.

That’s the theory behind Casino Quest, a casino game education space set to open at the Fashion Show mall this month. Run by Casino Education Group, which operates the CEG Dealer School in Las Vegas, the space would allow guests to rent a table by the hour to compete against friends or learn how to play.

The facility’s founders were able to test run their idea this year during March Madness.

The Fashion Show reached out to the dealer school, whose YouTube channel has close to 12,000 subscribers, and invited it to hold an event that would introduce shoppers to table games for free, with students acting as the dealers.

“We were packed,” Noll said. “Monday night, the mall was closing at 9 p.m., and we couldn’t close tables.”

Casino Quest has obtained all the necessary licenses aside from a county license, which is scheduled to be voted on Tuesday. The facility is set to open on Black Friday, the busiest day of the year at the mall.

“I’m very optimistic about (opening day),” said Fashion Show general manager Brent Gardner. “I’m happy to have a tenant come in that will offer something so unique.”

The space is set to have a mix of table games — one craps, one roulette, one baccarat and four blackjack — and will give students from the casino school Noll manages a chance to practice dealing to players in a real-world setting.

For the players, Casino Quest offers a casual venue where they can take their time learning a game without being under the watchful eyes of pit bosses or more experienced players. The student dealers will be able to ease new players into the game, teaching them rules and helping them along as they play.

While some casino properties offer sessions that teach the rules of table games, the Casino Quest team said the hours are limited and the instructors aren’t allowed to use real casino chips, meaning the lessons often rely on verbal commands.

“In turn,” Noll said, “the level of engagement is low, the conversion rate is low.”

“We wanted to move that training experience off the casino floor into places that people are less intimidated,” he said.

Gardner said the space is a perfect fit for the Fashion Show and helps the mall offer its visitors a diverse range of entertainment options.

“When people spend all day shopping, they’re looking for things to entertain them,” he said. “I’ve never seen this offered in any shopping center I’ve had the privilege to manage. … It’s definitely going to fit a niche in that regard.”

Experiential-based offerings like Casino Quest are a growing trend in local shopping centers, according to Bryan Wachter, senior vice president of government and public affairs for the Retail Association of Nevada.

He said as the e-commerce market has ballooned over the last few years, malls have had to adjust. Experiential offerings are one way to get people in the door, and they could incentivise people to spend money at other outlets while they’re at the shopping center.

“These are community gathering places now,” Wachter said. “You have to give consumers a reason to go into your store.”

Noll said the tables attracted players of all ages during the March Madness event, including a highly sought-after demographic by casinos: millennials.

Unlike most casinos, Casino Quest would let players record their games and share photos and videos on social media. This could be a big incentive for younger crowds — a 2014 report from Ipsos and CrowdDNA found that nearly half of millennials say they attend events so they have something to share on social channels.

Studies have shown millennials — those ages 23 to 38 — are attracted to social offerings. A 2016 report from Harris Group found 78 percent of millennials prefer to spend more money on experiences as opposed to material things. Alex Kim, president of Casino Quest, said table games fit right in.

And while younger, inexperienced players could drop hundreds of dollars as they try to teach themselves craps or blackjack at a casino, Noll said Casino Quest presents an environment with no rush to make a move and no money on the line.

Once players have learned the ropes, Casino Quest will act as a pipeline to local casinos, Noll said. The venue is planning to offer an app that would reward customers for visiting casinos and offer discounts at certain properties.

“We’re going to create new points of contact for them, new customers,” Noll said. “This is not meant to be a takeaway (from casinos). This is meant to be leverage.”