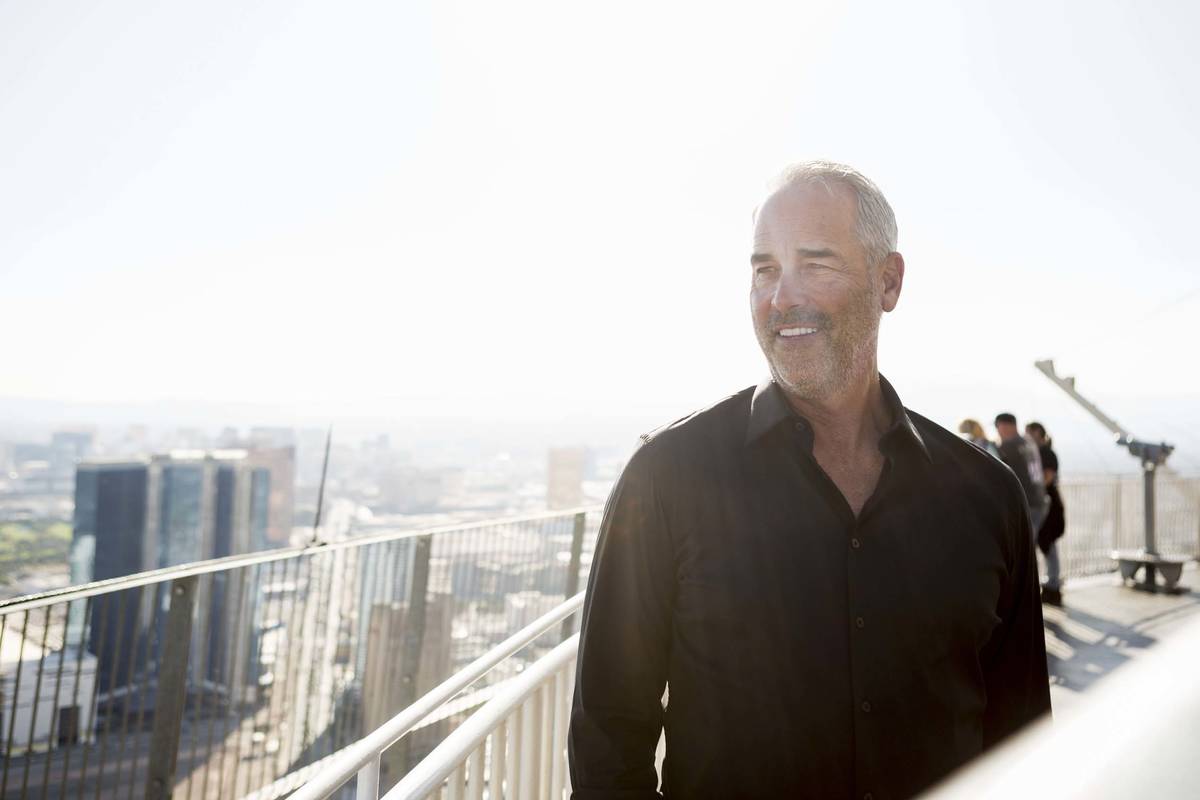 Golden Entertainment Chairman and CEO Blake Sartini is seen in 2017 in Las Vegas on top of The Strat. (Elizabeth Brumley/Las Vegas Review-Journal)

CEO Blake Sartini suggested the gaming corporation could expand in Northern Nevada and outside the state should the opportunity arise sometime in the next 6-18 months.

Executives on Thursday touted a better-than-expected second quarter that saw its gaming operations resume first in Montana in early May and then in Nevada and Maryland in June. That positions the company “to act on future growth opportunities, such as expansion of distributed gaming in new jurisdictions or pursue targeted, tuck-in acquisitions,” Sartini said.

“And so adding density to the Eastern Seaboard for us is something we’ll certainly take a look at,” if they can acquire something without adding any more debt, Protell told shareholders on an earnings call.

The company’s financial gains are due, in part, to its reduction of marketing, as well as staff and payroll by about 25 percent, mostly from the corporate and casino side, Sartini said. Golden, in addition to operating The Strat, PT’s Taverns, and other Nevadan casinos, distributes and operates gaming machines at third-party taverns, bars and stores in Nevada and Montana.

Sartini doesn’t expect the number of employees will “meaningfully grow” in the immediate future.

Company filings with the state show around 6,960 workers were at risk of being furloughed or laid off between March 16 and April 30.

The Strat, Golden’s flagship Las Vegas property, saw its average occupancy rate climb from 40 percent in June to 50 percent in July, Sartini said. On weekends, the hotel-casino has “touched” 70 percent occupancy, and it had 90 percent of its rooms occupied for Independence Day Weekend, he said.

Additionally, the company doesn’t anticipate buffets returning to its properties anytime soon. They were “a significant cost to our business,” said the company president, Protell.

Company shares, traded on the Nasdaq, closed up 9.21 percent Thursday to $10.49, and were trading higher after hours at $10.52 per share following the company’s earnings call. 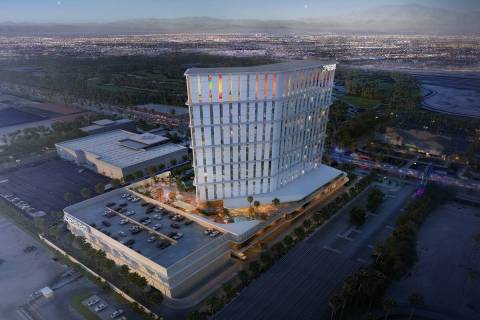