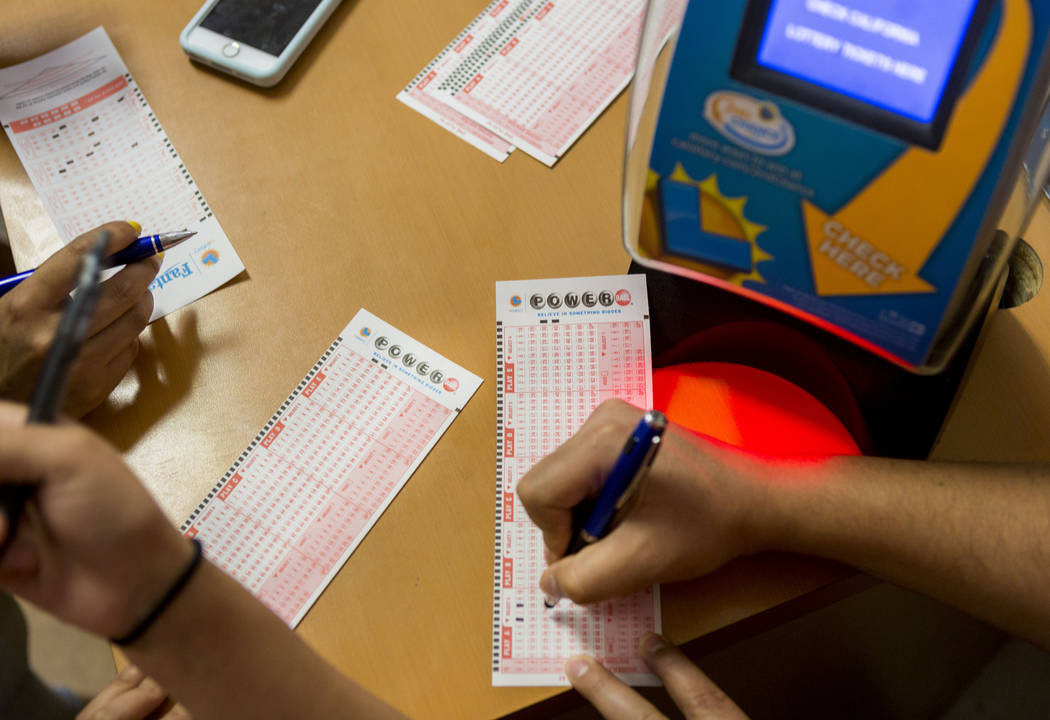 CARSON CITY — Someone could be $700 million richer when the Powerball numbers come up Wednesday night.

But if the winner — or winners, for all you office pool lottery players — is a Nevada resident, he or she will have had to make a drive to get the lucky ticket.

The lottery is against the law in Nevada because the gaming industry in the state does not want the competition.

“The potential impact of a lottery on commercial gaming, and therefore the state’s tax revenue, should be well-understood before amending the state’s constitution is considered,” the Nevada Resort Association said.

So while fortune seekers in 44 states, including California and Arizona, can head to the local convenience store to pick their lucky Powerball numbers, Nevada residents have to cross a state line — but not to Utah — to even play a scratch ticket.

Compared with other types of gaming, lotteries do not pay property taxes or require investment in infrastructure. Nor do they create high-paying jobs with benefits or have the direct and indirect economic impacts of resort casinos, the resort association said.

“A state lottery would be a regressive tax which would provide no immediate revenue (and) does not create quality jobs, and lotteries have not proven to solve revenue problems in other states,” the association said in a statement to the Review-Journal.

There is also some opposition from religious and conservative groups because of the potential negative effects on people with low incomes who might invest scarce income on a chance at riches.

And even without the opposition, implementing a lottery in Nevada would be difficult.

A prohibition on the state lottery was placed in Nevada’s constitution at statehood in 1864. In the sesquicentennial-plus since then, the only change has been a voter-approved amendment in 1990 that allows lotteries to be operated by charitable organizations.

So getting a lottery in Nevada would require a constitutional amendment, and both methods of doing so take years.

A citizen-backed initiative petition would require votes in two consecutive general elections. A petition done by lawmakers would have to pass two consecutive sessions of the Legislature, then go to the voters once.

Every effort to amend Nevada’s constitution to allow a lottery floated in the Legislature over the past 30 years has failed.

The last effort came in 2015, when former Assemblyman Harvey Munford, D-Las Vegas, got a committee hearing on his measure, but it never came up for a vote.