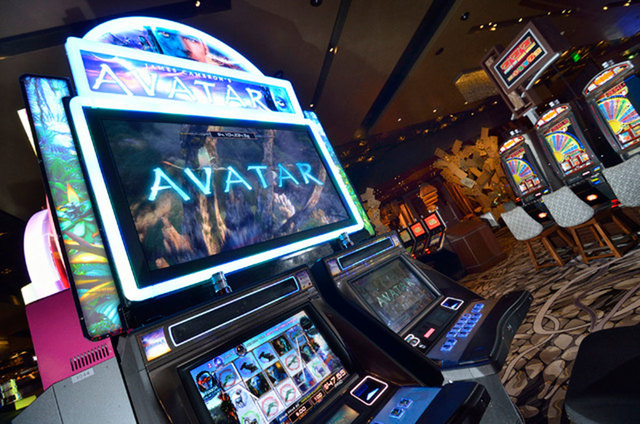 "Avatar" slot machines produced by International Game Technology are shown at the Aria. The slot machine maker all but confirmed the company is up for sale Monday. (Las Vegas Review-Journal file)

The Las Vegas-based manufacturing giant is being sold to lottery provider GTECH Holdings for $6.4 billion. Because of the pending transaction, which is expected to close next year, IGT did not hold a conference call to discuss the results for the quarter that ended June 30.

During the quarter, IGT collected $467.6 million in revenue, a 19 percent decrease from the same quarter of the 2013.

In a statement, IGT CEO Patti Hart said the profit increases were the result of “effective cost management” that “improved efficiencies in a challenging industry environment and has positioned us for future market opportunities.”

Nearly a month after all but announcing it was up for sale, IGT was bought by GTECH for $4.7 billion in cash and stock, and assumption of $1.7 billion in debt.

“As we have stated before, we believe the sale to GTECH is the correct move for IGT and shareholders we believe the company got a fair price considering the market environment and competitive dynamics,” Eilers Research founder Todd Eilers told investors.