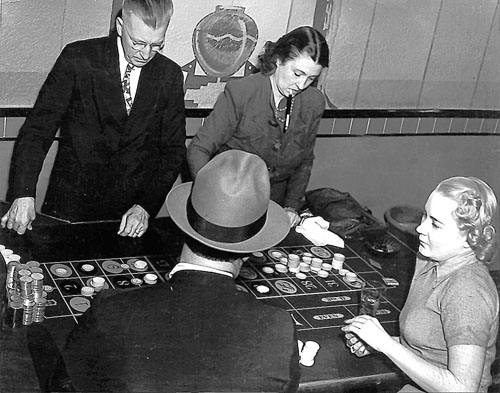 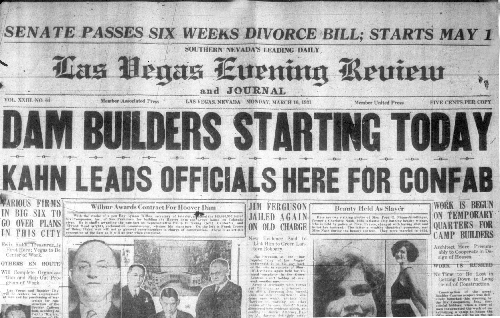 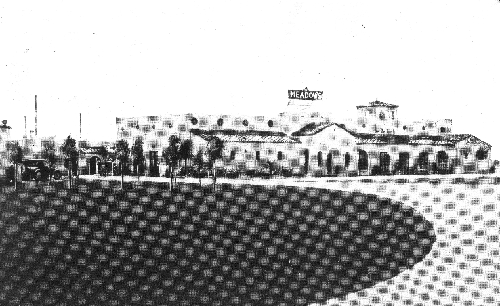 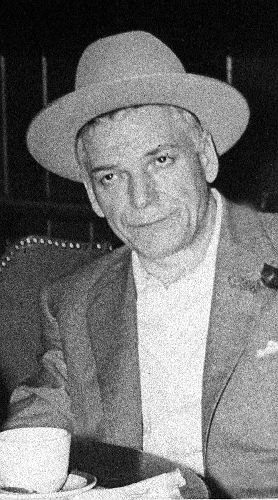 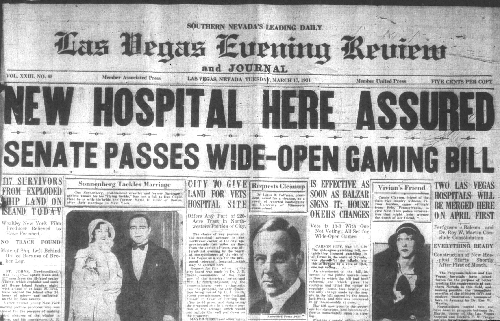 The Las Vegas economy had limped along for several years, causing civic leaders to wonder when, or if, better days were ahead.

The two main industries had stumbled and showed no signs of returning to their early strength. The rest of the country had major problems of its own. Government stimulus spending helped but had a limited shelf life. Various local diversification ideas had produced nothing.

Faced with those obstacles 80 years ago, the state triggered the transformation of Las Vegas from a dusty railroad stop into an international metropolis. To this day, the influence is hard to miss.

On March 19, 1931, Gov. Fred Balzar’s signature enacted the most liberal divorce laws in the country. Not many noticed it at the time, however, because another simultaneous measure legalized all forms of casino gambling for the first time since 1909.

Both reforms came eight days after the federal government awarded the $49 million construction contract for what was then called Boulder Dam, culminating years of local lobbying for the project. Although preparations were already under way, the contract opened the spending floodgates to tame the Colorado River.

“That was quite a month in the history of Nevada,” retired state archivist Guy Rocha says. “Although it took some time to develop, modern Las Vegas arguably starts in March 1931.”

The changes cemented and amplified Nevada’s reputation as what Rocha calls “the bad-boy state, the maverick state” and evolved over time into Las Vegas as the citadel of “what happens here, stays here” adult indulgence.

Some unintended consequences turned out to be perhaps even more important. Dam workers voted heavily Democratic in 1932, giving Pat McCarran the U.S. Senate seat that he parlayed into New Deal largesse for the state.

And although civic leaders touted the dam as a bountiful font of water and cheap hydroelectricity that could support an industrial economy, it would be gambling that left its mark.

“I think more businesspeople would have moved here it had just been cleaned up,” he says.

The Basic Magnesium plant in Henderson reinforced fears that workers would succumb to the easy access to vice. It compiled the worst absentee record of any defense factory during World War II, he says.

When industrialization ended with the war, Moehring says, Las Vegas had to turn to tourism and service industries as its economic foundations. The template had already been formed in the 1930s, when hundreds of thousands of tourists arrived each year to see the dam, even while it was under construction, and most passed through Las Vegas.

The 1920s had not been kind to Las Vegas. The community sympathized with unions in a 1922 national railroad strike, and Union Pacific pulled out its repair shops and critical jobs.

The railroad had also helped Las Vegas grow into something of a hub for regional mines in towns such as Goodsprings and Goldfield. But as production dwindled — the federal government halted silver subsidies and prices plummeted for basic ores like zinc and tungsten after World War I — this commerce dwindled, too.

On top of that, hard times had hit rural America. The Roaring 20s were primarily an urban phenomenon, Moehring says, and depression had set in elsewhere well before the 1929 stock market crash.

With a 1930 population of 5,165, Las Vegas had barely graduated past village stage. Phone numbers were still assigned in sequential order, with phone book listings still well less than 1,000; to reach the Las Vegas Evening Review and Journal, people simply asked for or dialed 6. The first traffic light was not installed until the next year.

“(Las Vegas) was just so isolated that there didn’t seem to be any possibility it would grow,” according to the late John Cahlen, who arrived in 1929 and later became the Review-Journal’s editor. “When I came down here first, I thought this was the least likely (town) to succeed of any in the United States.”

Business leaders had pushed many ideas to entice new money, such as promoting the valley as a center for irrigated agriculture. Nothing had worked.

Divorce had been liberalized a couple of times as an economic incentive, most recently in 1927 when the residency requirement was reduced from six to three months. In March 1931, over the objections of people who feared the wrong type of people would come to Nevada, the state again halved the requirement to six weeks, hoping to compete with Arkansas, then the nation’s divorce capital.

While the Great Depression made divorce difficult for all but the well-to-do and much of society still regarded the vow of “till death do us part” as sacred, Nevada soon became the divorce epicenter.

Reno and its dude ranches were the initial beneficiaries, Rocha says, and New York newspapers stationed columnists there to track high-society divorces. Mobster Benjamin “Bugsy” Siegel, popularly credited with launching the Strip by opening the Flamingo in late 1946, was divorced there by his wife, Esther.

That industry started to shift south in 1939 when actor Clark Gable came to Las Vegas to end his marriage to Maria Franklin, leading what would become a long parade of Hollywood celebrities. Las Vegas was the leading venue by the 1950s, Rocha says, but no-fault divorce laws in many states made trips to Nevada unnecessary by the 1970s.

While divorce economically infused the state, nothing would affect it quite like the 1931 return to a proven economic development template: legalized vice.

An early 20th-century Progressive movement nationally included a moralistic streak that pushed the state to outlaw casino gambling in 1909. A few games were legalized in subsequent years, but a full legalization attempt fell short in 1927.

Finally, however, the illicit gambling that took place behind the curtain of legal games became too much for some to take.

“I was just plumb sick and tired of seeing gambling going on all over the state and the payoffs being made everywhere,” Phil Tobin, the assemblyman who introduced the 1931 bill, told the Reno Journal-Gazette years later. “Some of those tinhorn cops were collecting 50 bucks a month for allowing it. Also, the damn state was broke and we needed the money.”

Reno again emerged as the early leader, partly due to its proximity to San Francisco. The Las Vegas casinos clustered around Fremont Street catered mainly to locals and people who came by train, many on their way to Hoover Dam.

Before the 1931 full legalization, ground had been broken on the Meadows, Southern Nevada’s first casino resort. The property, sited at the intersection of Charleston Boulevard and Boulder Highway to attract dam workers on payday, rarely did well after its 1931 opening, due to the sudden rise in competition. The hotel burned down in 1932 and the casino burned down in 1943.

It did, however, blaze an important trail. Tony Cornero, who served prison time for bootlegging in California, built the Meadows with his brothers Frankie and Louis and became perhaps the first person with a criminal past to cleanse his identity in Nevada.

Legal gambling got a boost in 1939, when police cracked down on gambling rings in Los Angeles. Mobsters Siegel and Meyer Lansky discovered a legal haven in Las Vegas, buying the newly built El Cortez in 1941. After World War II, Mafia and Teamsters Union money played a large role in developing the Strip.

Despite similar economic conditions 80 years apart, Rocha does not think rerun of the 1931 solution will work now.

“By the 1930s, the state was tied to flouting social convention, with a narrow-based but a virtual monopoly,” he says. “What we failed to recognize is that if we could do it, so could others.”