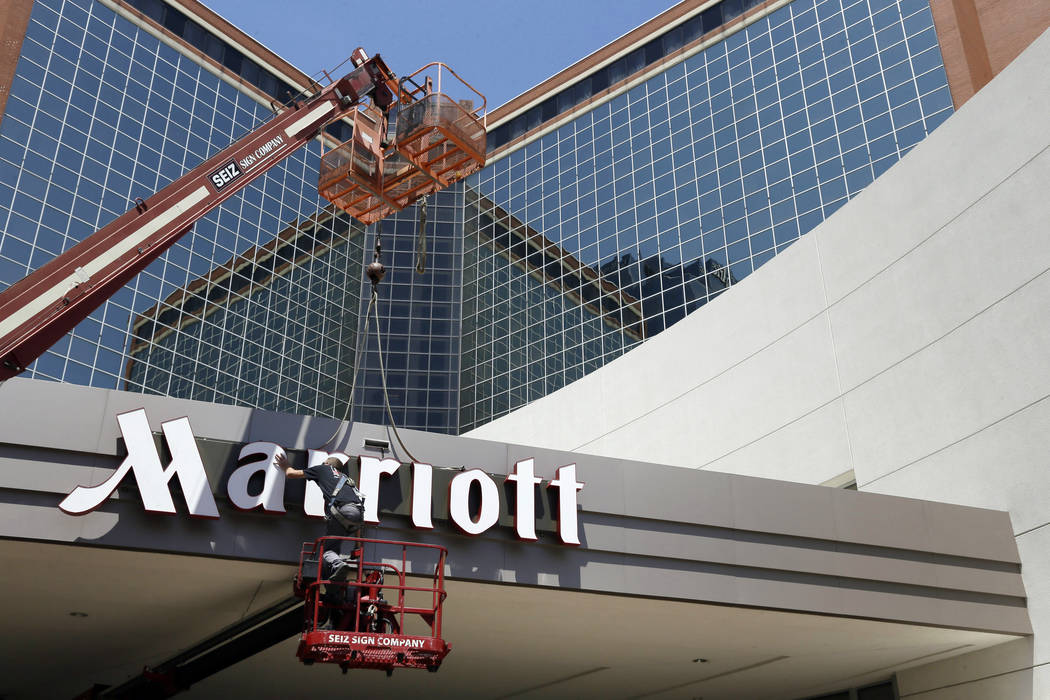 In a video uploaded to LinkedIn over the weekend, Sorenson sat down with LinkedIn editor-in-chief Daniel Roth to discuss resort fees and a recent lawsuit District of Columbia Attorney General Karl Racine filed against the hotel chain earlier this month. The lawsuit alleges the Maryland-based chain’s use of resort fees is deceiving customers by hiding a portion of its daily rates.

The lawsuit against Marriott was filed July 9 in D.C.’s Superior Court after an investigation conducted by all 50 state attorneys general on resort fees — a mandatory fee that an overnight guest must pay for additional services such as Wi-Fi, pool and gym access, regardless of whether the guest uses them.

The lawsuit accuses Marriott of using drip pricing — an unlawful practice in which companies hide a portion of a hotel room’s daily rate in advertisements — and seeks a court order that requires Marriott to advertise the fees upfront.

In the video, Sorenson said that while customers may not like paying resort fees, he believes most understand why certain hotels have them.

“I think a lot of folks look at that and say, ‘Philosophically, yeah, I understand it,’ ” Sorenson said. “What we’ve tried to do is to be very clear about our disclosure. It’s one of the frustrating things about this lawsuit.”

“I don’t think they’re here to stay,” Curtis said. “There’s been too much backlash in too many areas, this being the most recent. They’re certainly not (staying) if the courts rule against them.”

Casino executives and the Las Vegas Convention and Visitors Authority have said they don’t have evidence resort fees are turning away customers.

Reason behind the fees

Sorenson said the resort fees are financially driven, but they’re also used to disclose what sort of extra amenities are included.

“Our approach generally for each hotel is, we ought to have a package of things that are included in that resort or destination that is a multiple of the cost to the fee,” he said.

Online travel agencies also rank hotels from least expensive to most expensive based on advertised room price and not on total cost, including fees and taxes.

Additionally, hotels pay a commission to online travel agencies based only on the room price and not on the resort fee, according to analyst Chad Beynon with Macquarie Capital. This gives hotels an incentive to increase fees instead of the advertised room price, Beynon has said, adding that commissions paid to agencies like Expedia typically run between 10 and 15 percent.

Curtis said many customers see “no advantage” from the use of these fees.

“Companies do it to advertise lower rates and exempt the extra income from commissions,” he said. “If you could opt-in to get things you want, it would be OK, but it’s not an option.”

Sorenson said while he doesn’t anticipate the fees will go away any time soon, customers shouldn’t expect to see them at every property.

“We do want to make sure we’re continuing to deliver value for them, and you can only do that in some markets and some hotels,” he said.